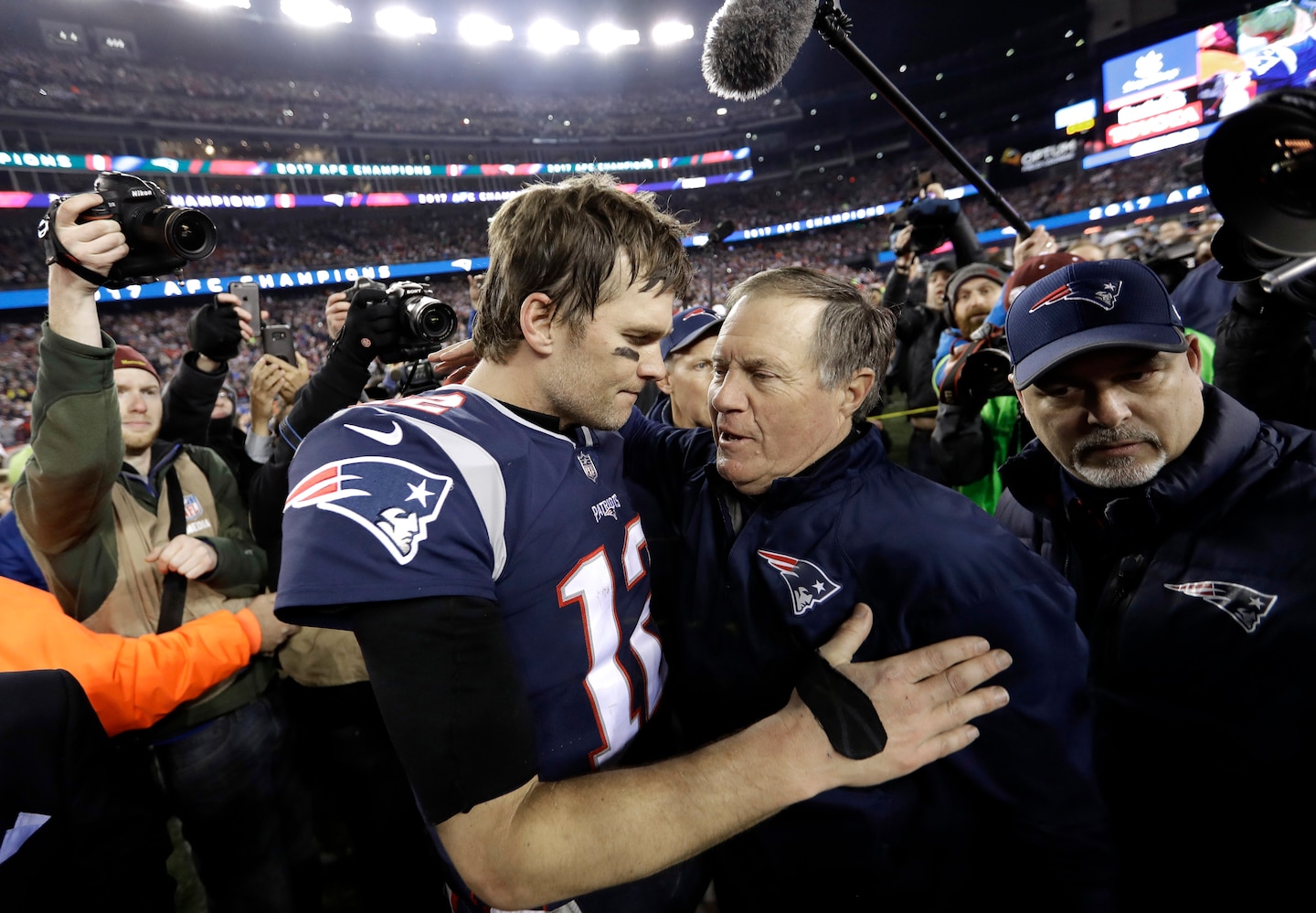 The Brady deal was the headliner. But there have been plenty of others, trades as well as free agent contract agreements. It’s time to take a look at the winners and losers.

Cardinals: The DeAndre Hopkins trade was an all-time heist. The NFL coach doing the most for the development of Arizona quarterback Kyler Murray isn’t the Cardinals’ Kliff Kingsbury. It’s the Texans’ Bill O’Brien.

Colts: Coach Frank Reich just might be able to squeeze a little bit more success out of Philip Rivers’s career, and Indianapolis can put a solid team around its new veteran quarterback. The trade for defensive tackle DeForest Buckner is every bit as significant as the Rivers deal.

Browns: This time, Cleveland isn’t the darling of the NFL offseason. But there is much to like about the deals for offensive tackle Jack Conklin and tight end Austin Hooper. Quarterback Baker Mayfield should benefit.

Vikings: Minnesota, like the Houston Texans, traded away a prominent wide receiver. But the Vikings, unlike the Texans, got plenty in return. The offense won’t be quite as imposing without Stefon Diggs. But the package of draft picks that came from the Buffalo Bills in the Diggs deal can be used to retool the roster.

Bills: The Diggs trade works for both teams. The AFC East is there for the taking for Buffalo with Brady out of the division. The arrival of Diggs helps quarterback Josh Allen and should make the offense more dynamic.

Cowboys and Titans: Each team faced a quandary when the new collective bargaining agreement was ratified by NFL players, leaving each able to use only one tag, either the franchise tag or the transition tag. If the new CBA had been rejected, each team would have been able to use two tags, with the old CBA in effect in its final year. That mattered to Dallas, with quarterback Dak Prescott and wide receiver Amari Cooper both eligible for free agency, and to Tennessee, with quarterback Ryan Tannehill and tailback Derrick Henry about to hit the market. No matter. The Cowboys used the exclusive franchise tag on Prescott and held off a bidding challenge by the Washington Redskins to re-sign Cooper. The Titans re-signed Tannehill and franchise-tagged Henry. So in both cases, there was no harm done.

Bears: The trade for Nick Foles stabilizes a quarterback situation badly in need of it, with Chicago no longer forced to rely on the unreliable Mitchell Trubisky. Foles is familiar with the coaching staff, a major plus in this unsettled time in which teams’ offseason programs have been postponed indefinitely. The Robert Quinn signing was expensive but should help the defense.

Texans: What in the world was O’Brien doing with the Hopkins trade? If doesn’t matter whether it was a contract matter, as the Texans have suggested, or a clash between coach and player, as Hall of Famer Michael Irvin described on ESPN after speaking to Hopkins. It was up to O’Brien, who also has the general manager title, to make things work with one of his best players or to get something resembling equal value in return. What he got was running back David Johnson, a second-round pick in this year’s draft and a fourth-rounder in 2021.

Jameis Winston and Cam Newton: The seats are being filled rapidly in the leaguewide game of quarterbacking musical chairs. And Winston and Newton are still standing.

Lions: Detroit traded a cornerback, Darius Slay, decidedly better than the one it signed, Desmond Trufant. The Lions are collecting former Patriots players, as if Bill Belichick doesn’t know when to allow them to leave New England. Not much has gone right during Coach Matt Patricia’s tenure, and there’s little to suggest at this point that things are about to get markedly better.

Jaguars: Minshew Mania? It had better work. Jacksonville signed Foles last offseason to a four-year, $88 million contract. One disappointing season later, the Jaguars changed course, giving up on Foles and trading him to Chicago. Second-year pro Gardner Minshew II is the unquestioned starter at quarterback, at least at this point. The trade of Calais Campbell takes a playmaker off the defense and a leader out of the locker room.

Chargers: Los Angeles said farewell to Rivers and lost the bidding for Brady. Barring a move for Newton, the Chargers could go with Tyrod Taylor as their starter at quarterback. It’s highly debatable whether that would be wise. The additions of offensive tackle Bryan Bulaga, cornerback Chris Harris and lineman Linval Joseph are promising. Add Newton, and the Chargers would be moved to the free agency winner category.

Too soon to tell

Brady: He leaves one of sport’s greatest dynasties. He parts ways with perhaps the best coach in league history. He goes to what has been a historically inconsequential franchise. He will have to adjust to a new coach, offensive system and teammates without the benefit of many (or any) offseason practices. But he gets to collaborate with Coach Bruce Arians. He has very good talent around him on offense. And he could be rejuvenated, even during a season in which he will be 43, by his fresh start. Whatever happens, it will be the major story line of the 2020 season.

Belichick and Patriots: Brady is gone. A veteran quarterback has not been added to replace him. The roster has been raided by the Lions and Dolphins. But this is Belichick. These are the Patriots. They usually find a way.

Panthers: Ushering a former league MVP unceremoniously out the door is risky. Carolina is counting on Teddy Bridgewater to thrive as Newton’s replacement at quarterback. The Panthers have Bridgewater’s familiarity with new offensive coordinator Joe Brady’s system going for them. But they had better be right.