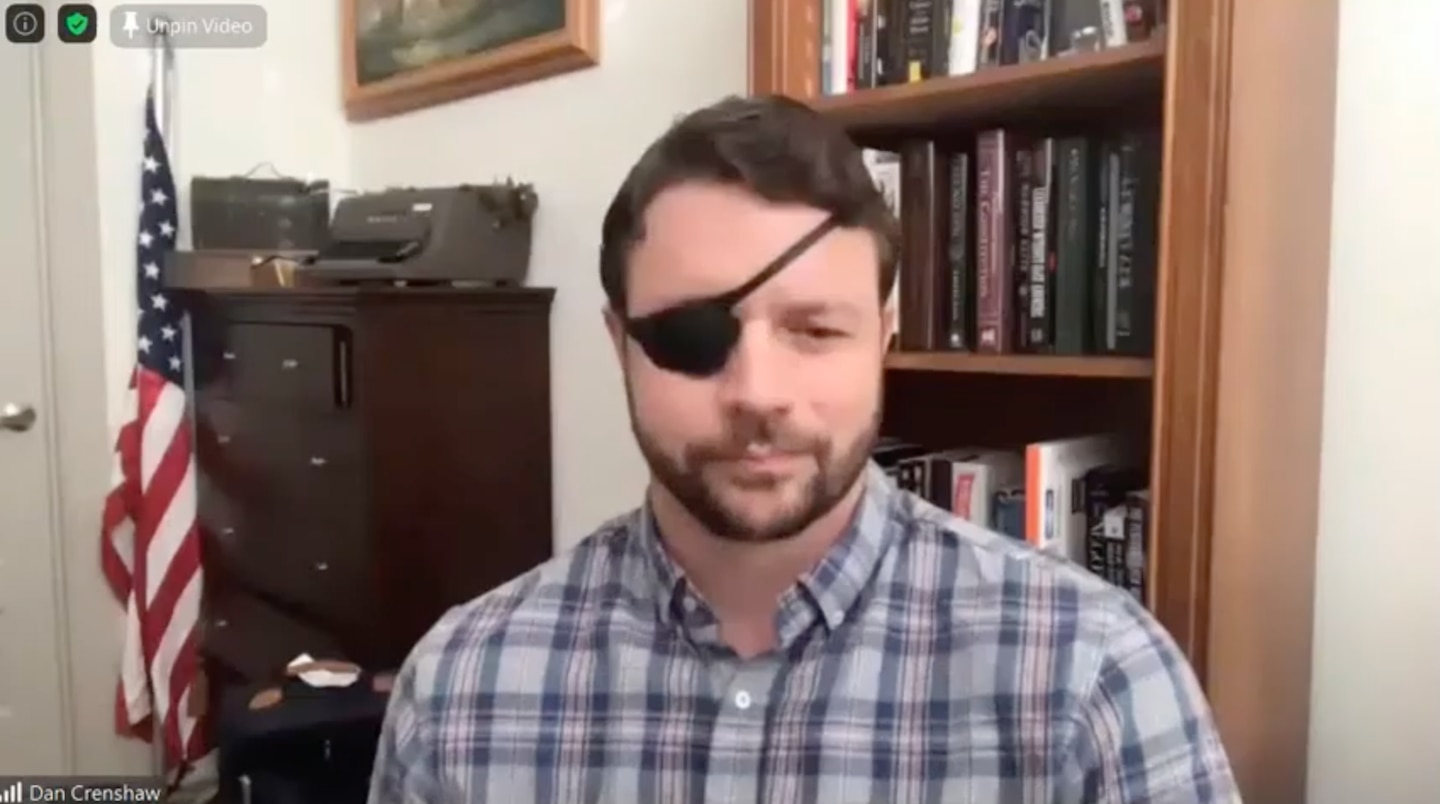 “I think a general message that the left stands for the destruction of America, and the right doesn’t, probably works pretty well with veterans, even liberal ones,” Crenshaw said in a Wednesday night “MAGA meetup” organized by the Trump campaign. “Because even liberal veterans probably don’t agree with that, unless you’re Tammy Duckworth.” The Washington Post obtained a video of the U.S. congressman’s remarks.

In a statement, Crenshaw defended his remarks, saying his disagreement with the U.S. senator was political and not personal. Duckworth, in a Sunday interview with CNN, had said Americans needed to “have a national dialogue” about whether statues of George Washington should come down, kicking off days of criticism from Republicans.

“Calling for a ‘national dialogue’ to tear down statues of our Founders is certainly worthy of criticism, and can be reasonably described as the ideological destruction of our country,” Crenshaw said in the statement.

Duckworth’s office declined to respond Thursday, pointing to her recently published New York Times op-ed defending her remarks against monologues by Fox News host Tucker Carlson that called her a “moron” and questioned whether the Iraq War veteran, who lost her legs in combat, was a patriot. President Trump tweeted a video of Carlson’s comments.

“Let me be clear: I don’t want George Washington’s statue to be pulled down any more than I want the Purple Heart that he established to be ripped off my chest,” Duckworth wrote. “I never said that I did.”

Crenshaw, a former Navy SEAL officer who lost his right eye to an explosive attack while serving in Afghanistan, has built a profile in his party similar to the one Duckworth has built with Democrats. Since winning a House seat in Houston’s suburbs in 2018, he has published a best-selling book and become a high-profile critic of Democrats, tangling online with opponents including Rep. Alexandria Ocasio-Cortez (D-N.Y.).

Crenshaw had not publicly commented on Duckworth’s remarks before his comments on the town hall-style broadcast Wednesday night. The question that prompted his criticism of the Democrat was about registering veterans to vote and persuading them to get involved in politics.

“The short answer is, I don’t know,” Crenshaw said. “It is long what I’ve heard, that veterans don’t go out and vote.” Duckworth was not mentioned in the question.

“This is absolutely appalling,” Duckworth tweeted the morning after Davidson’s remarks. “No one should ever mock a Veteran for the wounds they received while defending our great nation, regardless of political party or what you think of their politics. Pete Davidson owes Dan Crenshaw an apology.”

Crenshaw appeared on the late-night show the next week, accepting an apology from Davidson. (Earlier this year, Davidson told a stand-up audience that he was “forced to apologize” and made Crenshaw “famous and a household name for no reason.”)

Asked about this week’s remarks, Crenshaw’s Democratic opponent in the November election, Sima Ladjevardian, called him “a shameless politician who will stick a knife into his colleague if it scores him cheap political points” and pointed out that Duckworth “defended the Congressman after the incident that made him famous.”

Asked about Duckworth’s 2018 tweet criticizing Davidson, Crenshaw said that there was “no comparison” between the comedian’s remarks and the comments he had made on the webcast.