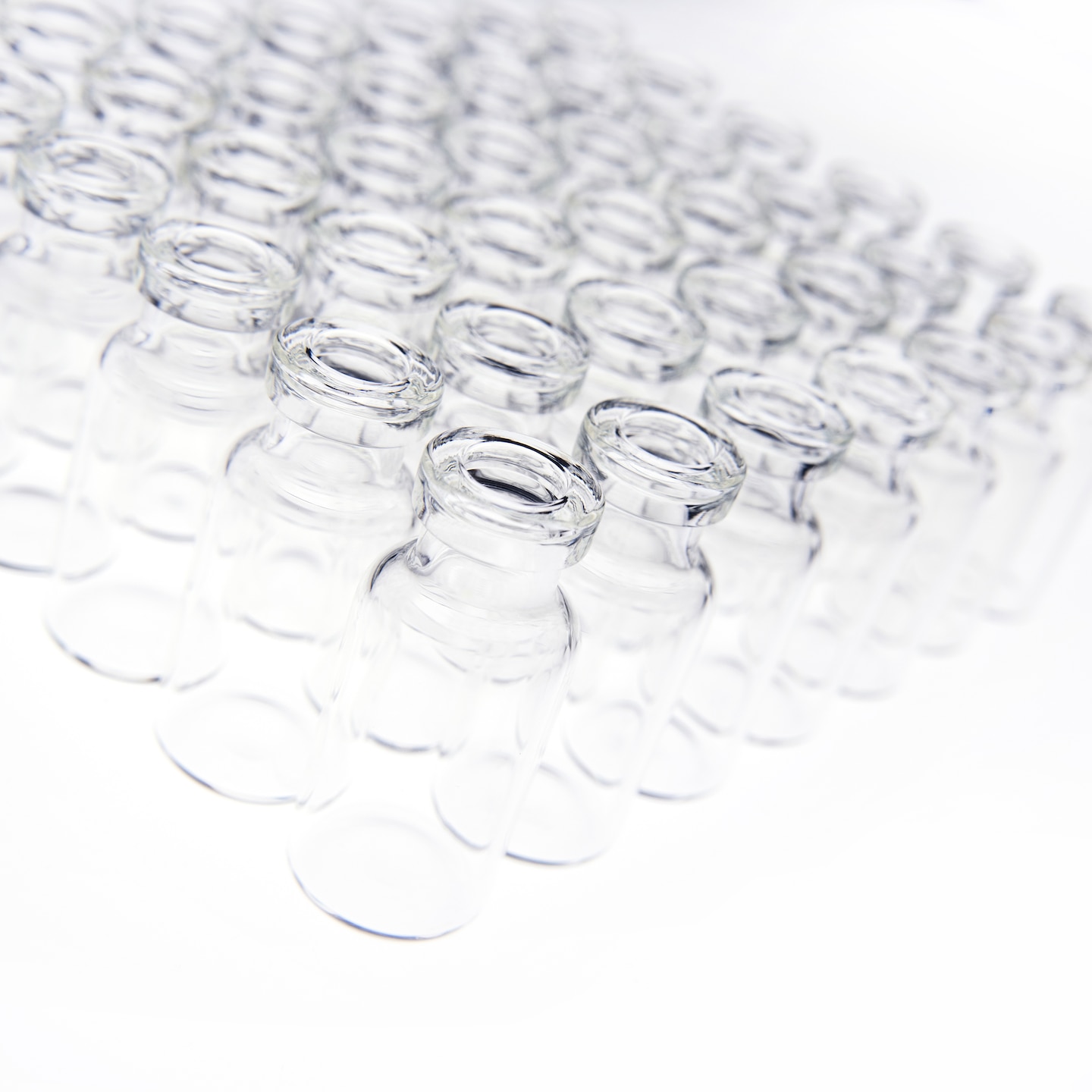 Governments and drug companies around the world are placing huge orders worth hundreds of millions of dollars and pushing the makers of vials and syringes to add manufacturing capacity.

Compared with the rush of laboratory studies and clinical trials needed to produce vaccines that can safely and effectively block the virus, the work of producing vials is prosaic stuff — but just as important.

“Vials and stoppers are only trivial if you have them. If you don’t have them, they cease to be trivial,” said Awi Federgruen, a professor of logistics and supply chain management at Columbia University. “A shortage of any one of those will act as a bottleneck.”

Even in ordinary circumstances, Americans are sometimes subject to vaccine shortages. The most recent example is the shingles vaccine, which is recommended for people over 50 and requires two shots, an initial dose and a booster. GlaxoSmithKline’s Shingrix vaccine was in short supply in 2019 because it was such an improvement over the previous vaccine that demand rose significantly. Now, because fewer people are venturing out for routine care during the coronavirus pandemic, Shingrix is not in shortage, according to the Centers for Disease Control and Prevention.

The United States also experienced shortages of influenza vaccine in 2004 and 2005.

Medical systems are now experiencing unprecedented urgency to develop and distribute coronavirus vaccines, which will create shocks along the supply chain.

Under the most optimistic time frames, hundreds of millions of doses of the first vaccines could be available by the end of 2020. The United States, through the Trump administration’s Operation Warp Speed initiative, is locking down supply while prioritizing a boost in domestic manufacturing of medical supplies, many of which are made overseas in Asia and Europe.

The approach to vials and syringes is similar to the Trump administration’s strategy regarding drugs: Spend heavily on contracts with the makers of therapeutics and vaccine makers to secure sufficient supply domestically.

“So our priorities are very clear. Let’s take care of Americans first,” a senior administration official said on the condition of anonymity under rules set by Operation Warp Speed officials for participation in a telephone briefing on vaccine procurement last month. The administration also is anticipating demand to jump for syringes with the start of influenza season in the fall and wants to avoid bottlenecks that would create shortages of flu vaccine.

For coronavirus, the industry is settling on 10-milliliter vials, capable of holding eight to 15 doses, as the most common standard.

Corning, the U.S. glassmaker based in New York, is tapping a $204 million government contract to help accelerate construction of a 2,000-degree furnace in New Jersey that will exude molten glass into lengths of medical-grade tubing hundreds of feet long. The tubes will be divided into vials and shipped out to be filled with vaccine.

“No one wants to see glass be the reason the world can’t get access,” said Brendan Mosher, vice president and general manager of Corning Pharmaceutical Technologies. “Everyone is working together and has a common goal to make sure there are plenty of vials.”

The U.S. government also is seeking to ramp up domestic supply of syringes. BD, a global medical supply company based in New Jersey that is the largest supplier of syringes in the world, announced last week it is upgrading a factory in Nebraska with help from a $42 million contract with the government. BD already has a contract to sell 50 million syringes to the government. The company said the upgrade will allow it to produce hundreds of millions more syringes for “priority access” by the U.S. government “to support current and future pandemic efforts.”

The Trump administration also awarded contracts of $53 million to a Texas company, Retractable Technologies, to expand its production capacity of syringes, and $138 million to ApiJect Systems, of Stamford, Conn., to boost capacity needed to manufacture 100 million pre-filled syringes.

Stevanato Group, a global medical glassmaker based in Italy, and other manufacturers have estimated that worldwide demand will rise by 1 billion to 2 billion new glass vials, each capable of holding multiple vaccine doses, over the next two years.

Stevanato has received an order from the global nonprofit Coalition for Epidemic Preparedness Innovations (CEPI) for 100 million vials that can contain enough vaccine for 20 doses each, enough for 2 billion shots. CEPI has said it is working with nine different companies in the hunt for an effective vaccine. It is investing millions of dollars in manufacturing upgrades for some of those companies to help them prepare ahead of time in the event their vaccines are effective.

To get to “herd immunity,” the threshold where the coronavirus is no longer able to easily spread, as many as 5.6 billion of the world’s 8 billion people will need to receive a vaccine. To be effective, a second booster shot a month or so later is likely to be needed for many of the vaccines under development. That means more than 11 billion individual doses may be needed to defeat the virus.

The demand for vials has already begun because of the scientific community’s speedy response to develop vaccines. Drugmakers including Johnson & Johnson, AstraZeneca, Merck, Moderna and Novavax — to name five that the Trump administration’s Operation Warp Speed is supporting — are preparing to manufacture vaccine in large quantities and fill vials for shipping without even knowing whether their vaccines are effective.

The White House and the Department of Health and Human Services have said hundreds of millions of doses are expected to be ready by the end of 2020. Many experts believe that is an overly optimistic timetable, considering it typically takes years to develop and test a vaccine.

The U.S. government is already securing supplies of vials in anticipation of demand. It has signed contracts of $204 million with Corning and $143 million with an Alabama company, SiO2, which makes specialized plastic pharmaceutical vials that the company says withstand breakage and do not require manufacturing by using the extreme heat of a glass furnace.

SiO2 will provide 120 million vials for U.S. domestic priorities by the end of 2020 and as many as 1 billion by April 2021 — which could satisfy a very large portion of the surge in global demand. The company recently announced a $163 million expansion of its manufacturing plant in Auburn, Ala. In March, SiO2 was running at a pace of 14 million vials per year. It expects to hit a pace of 120 million a year by December, Chief Business Officer Lawrence Ganti said.

SiO2 has been able to tap into a strong desire by the Trump administration to make sure vital medical supplies are manufactured in the United States. The company is restricted from earmarking its government-backed production in Alabama to companies overseas, Ganti said.

Three competing glass manufacturers in Europe — Stevanato Group, Gerresheimer and Schott — issued a joint statement last month that sought to assure the public that global demand for glass will be met.

Stevanato has manufacturing plants in Italy, China, Brazil and Mexico, and it is considering building a new plant in the United States. In an interview, Stevanato chief executive Franco Stevanato declined to say what state was under consideration for U.S. production but that it probably would be near biopharmaceutical customers. The U.S. biopharmaceutical industry is concentrated in Boston and California, with additional hubs in New Jersey, Maryland and North Carolina.

Once vials are filled by manufacturers, a challenge will be distributing volumes of coronavirus vaccine around the country and the world, steering them to viral outbreak hot spots and professions such as health-care workers and emergency responders where they are needed most.

“The companies that are most prepared with infrastructure readiness, they are really the ones that are going to help save the day,” said Anne Robinson, chief strategy officer for Kinaxis, a supply chain software company. “This is a really delicate situation, because once a vaccine is available, the demand is going to greatly exceed supply.”