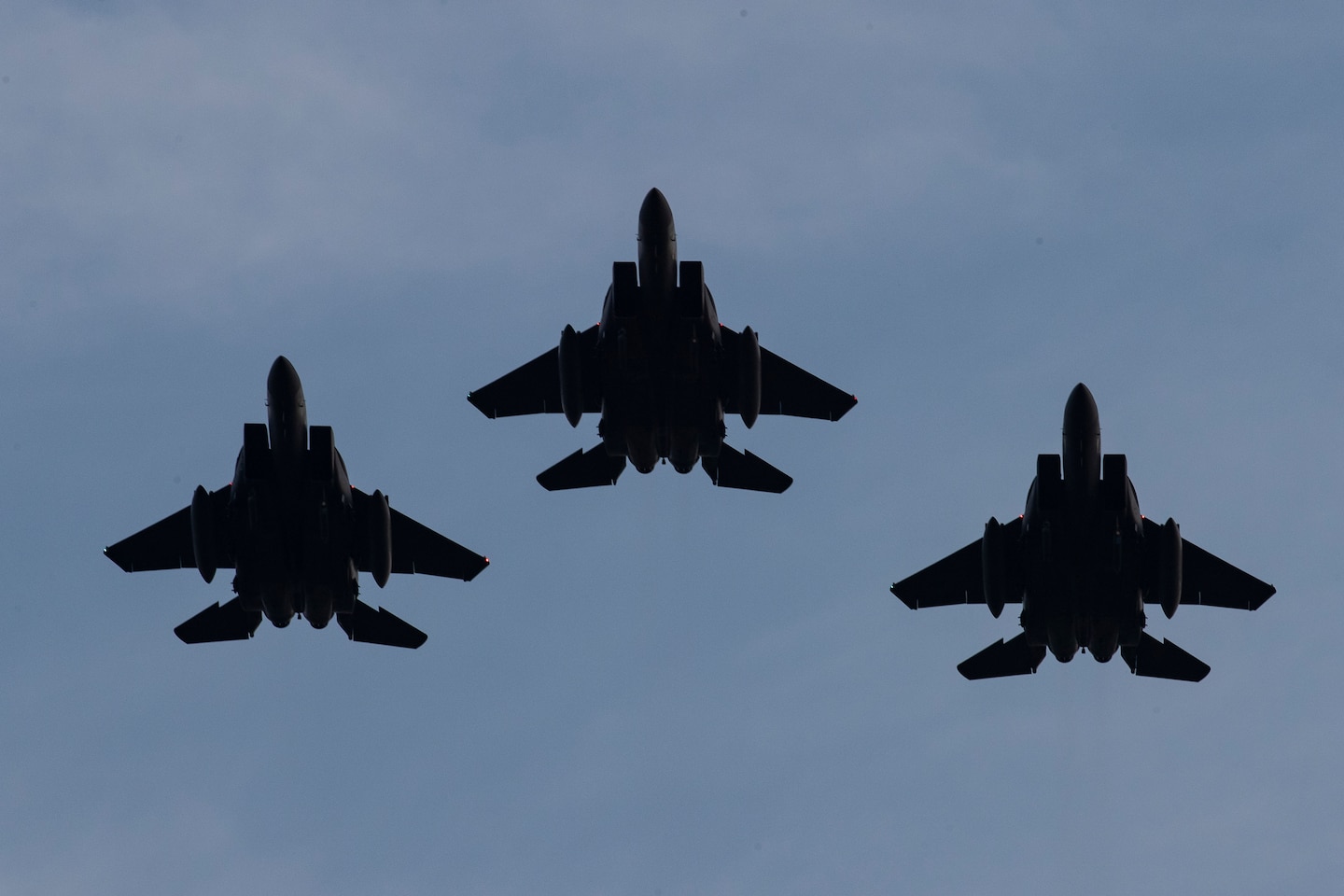 Under the terms of the deal, Boeing will build a new version of its F-15, an older fighter jet developed in the 1960s, with new automated flight controls and electronic warfare capabilities. The newer model, known as the F-15EX, will be designed to carry heavier weaponry than smaller, stealthier jets like the F-35.

A Boeing news release published Monday boasted that engineers would be able to adapt from older F-15 jets to the new F-15EX in a matter of days. Its larger payload capacity will allow it to carry hypersonic weapons, a major recent priority for the Defense Department.

“We listened to our customer every step of the way when developing this exciting jet,” said Prat Kumar, Boeing vice president and F-15 program manager. “What we will soon deliver is a modern and robust aircraft that supports our nation’s defense by incorporating the latest systems, sensors and weapons.”

Although a purchase of this size was expected based on the Defense Department’s recent budget requests, it nonetheless comes as a massive win for Boeing at a time of historic vulnerability.

Boeing’s commercial aircraft division, once a cash-generating machine that enabled the company to underbid its rivals on major defense competitions, has lost billions due to equipment flaws in its signature 737 Max jet. Global travel restrictions imposed to combat the coronavirus pandemic have led many of Boeing’s airline customer to cancel orders.

The turmoil in commercial aviation has upped the profile of Boeing’s military sales divisions, which are coordinated by the company’s Arlington-based defense, space and security division. A majority of Boeing’s sales came from government contractors in the company’s most recent quarter, a mark of how the company’s dual crises have reshaped its business.

The F-15EX program gives Boeing a stable source of short-term cash and a seat at the table in a lucrative Pentagon fighter jet business dominated by Lockheed Martin. The contract announced Tuesday carries a ceiling of $23 billion, and Pentagon planning documents call for purchases of roughly 12 per year.

But analysts caution that the long-term value of the program could hinge on political factors. If the defense budget were restricted by new leadership in Congress or the White House, the F-15EX might be at risk.

“There’s a very good chance that if the Trump administration ends, this program is going to end,” said Richard Aboulafia, an aerospace analyst with Teal Group.