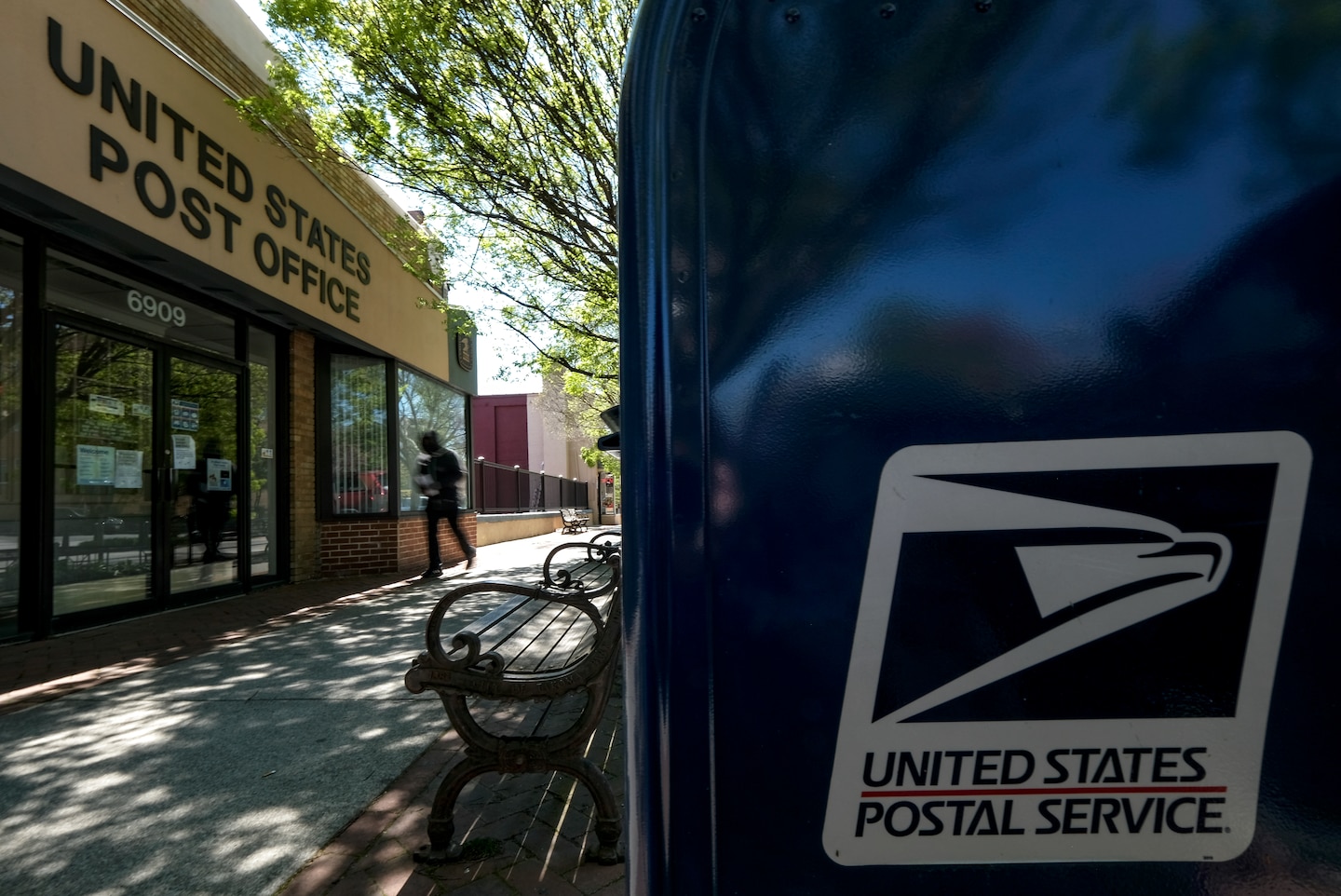 Postmaster General Louis DeJoy told employees to leave mail behind at distribution centers if it delayed letter carriers from their routes, according to internal USPS documents obtained by The Washington Post and verified by the American Postal Workers Union and three people with knowledge of their contents, but who spoke on the condition of anonymity to avoid retribution.

“If the plants run late, they will keep the mail for the next day,” according to a document titled, “New PMG’s [Postmaster General’s] expectations and plan.” Traditionally, postal workers are trained not to leave letters behind and to make multiple delivery trips to ensure timely distribution of letters and parcels.

The memo cited U.S. Steel, a onetime industry titan that was slow to adapt to market changes, to illustrate what is at stake. “In 1975 they were the largest company in the world,” the memo states. “They are gone.” (U.S. Steel is a $1.7 billion company with 27,500 employees.)

Analysts say the documents present a stark reimagining of the USPS that could chase away customers — especially if the White House gets the steep package rate increases it wants — and put the already beleaguered agency in deeper financial peril as private-sector competitors embark on hiring sprees to build out their own delivery networks.

Congress authorized the USPS to borrow an additional $10 billion from the Treasury Department for emergency operations in an early coronavirus relief bill. But postal leaders have yet to access the money over disagreements with Treasury Secretary Steven Mnuchin, who attached terms on the loan that would turn over operations of much of the Postal Service to his department.

The Postal Service’s governing board appointed DeJoy, a major Trump donor and seasoned logistics executive, in the middle of that back-and-forth.

Steep drop-offs in first-class and marketing mail, the Postal Service’s most profitable items, have exacerbated the USPS’s cash crisis; postal leaders predicted at the start of the pandemic that their agency would be insolvent by October without congressional intervention. Single-piece, first-class mail volume fell 15 to 20 percent week to week in April and May, agency leaders told lawmakers last month. Marketing mail, the hardest-hit segment, tumbled 30 to 50 percent week to week during the same period.

Skyrocketing package volume, up 60 to 80 percent in May as the coronavirus pandemic made consumers more reliant on delivery services, has propped up the Postal Service’s finances and staved off immediate financial calamity. But the packages also have intensified the USPS’s competition with Amazon, FedEx and UPS, industry leaders looking to capitalize on enduring changes in consumer habits brought on by shelter-in-place orders. (Amazon founder and chief executive Jeff Bezos owns The Washington Post.)

The Trump administration has consolidated control over the Postal Service, traditionally an apolitical institution, during the pandemic by making a financial lifeline for the nation’s mail service contingent upon the White House political agenda. President Trump in April called the agency “a joke” and demanded it quadruple package rates before he’d authorize any emergency aid or loans.

The Postal Service’s future needs to be as a low-cost package carrier, industry analysts contend, as parcels make up a growing portion of the agency’s volume and profits, and paper mail volumes continue to decline as coupons and bills increasingly move online. Postal leaders project the agency could run out of money between March and October 2021.

“If this is true, it would be a real concern to customers if service were slowed, especially in light of the fact that the Postal Service may get more rate authority, meaning higher rates, later this year or early next year,” said Art Sackler, manager of the Coalition for a 21st Century Postal Service, an industry group whose members include Amazon, eBay, Hallmark and other commercial mailers.

“This is framing the U.S. Postal Service, a 245-year-old government agency, and comparing it to its competitors that could conceivably go bankrupt,” said Philip Rubio, a professor of history at North Carolina A&T State University and a former postal worker. “Comparing it to U.S. Steel says exactly that ‘We are a business, not service.’ That’s troubling.”

The changes also worry vote-by-mail advocates, who insist that any policy that slows delivery could imperil access to mailed and absentee ballots. It reinforces the need, they say, for Congress to provide the agency emergency coronavirus funding.

“Attacks on USPS not only threaten our economy and the jobs of 600,000 workers. With our states now reliant on mail voting to continue elections during the pandemic, the destabilizing of the post office is a direct attack on American democracy itself,” said Rep. Bill Pascrell Jr. (D-N.J.). “It has been 59 days since the House passed $25 billion to keep USPS alive. The Senate must pass it now. Democracy hangs in the balance.”

The Postal Service said in a statement that it was “developing a business plan to ensure that we will be financially stable and able to continue to provide reliable, affordable, safe and secure delivery of mail, packages and other communications to all Americans as a vital part of the nation’s critical infrastructure.”

It said the plan was not finalized, but would include “new and creative ways for us to fulfill our mission, and we will focus immediately on efficiency and items that we can control, including adherence to the effective operating plans that we have developed.”

But the documents circulated Monday on shop floors around the country called for specific changes in the way postal workers will do their jobs.

“Every single employee will receive this information, no matter what job they perform, so remember that YOU are an integral part of the success we will have — again, by working together,” the second document states.

“The shifts are simple, but they will be challenging, as we seek to change our culture and move away from past practices previously used,” it adds.

The first memo says the agency will prohibit overtime and strictly curtail the use of other measures local postmasters use to ameliorate staffing shortages.

Even a common method for mail delivery — “park points,” in which letter carriers park their mail trucks at the end of a street, deliver mail items by foot for several blocks, then return to the trucks and drive on — is under scrutiny. The document bans carriers from taking more than four “park points” on their routes and claims “park points are abused, not cost effective and taken advantage of.”

The second memo says the Postal Service will first look to cut its transportation costs, and estimates that late and extra trips cost the agency $200 million annually in “added expenses,” or about the same amount the agency lost in May. The memo warns postal workers that it may be “difficult” to “see mail left behind or mail on the workroom floor,” but that the agency “will address root causes of these delays and adjust the very next day.”

Postal union leaders condemned the measures and said customer service is being sacrificed for only meager cost savings.