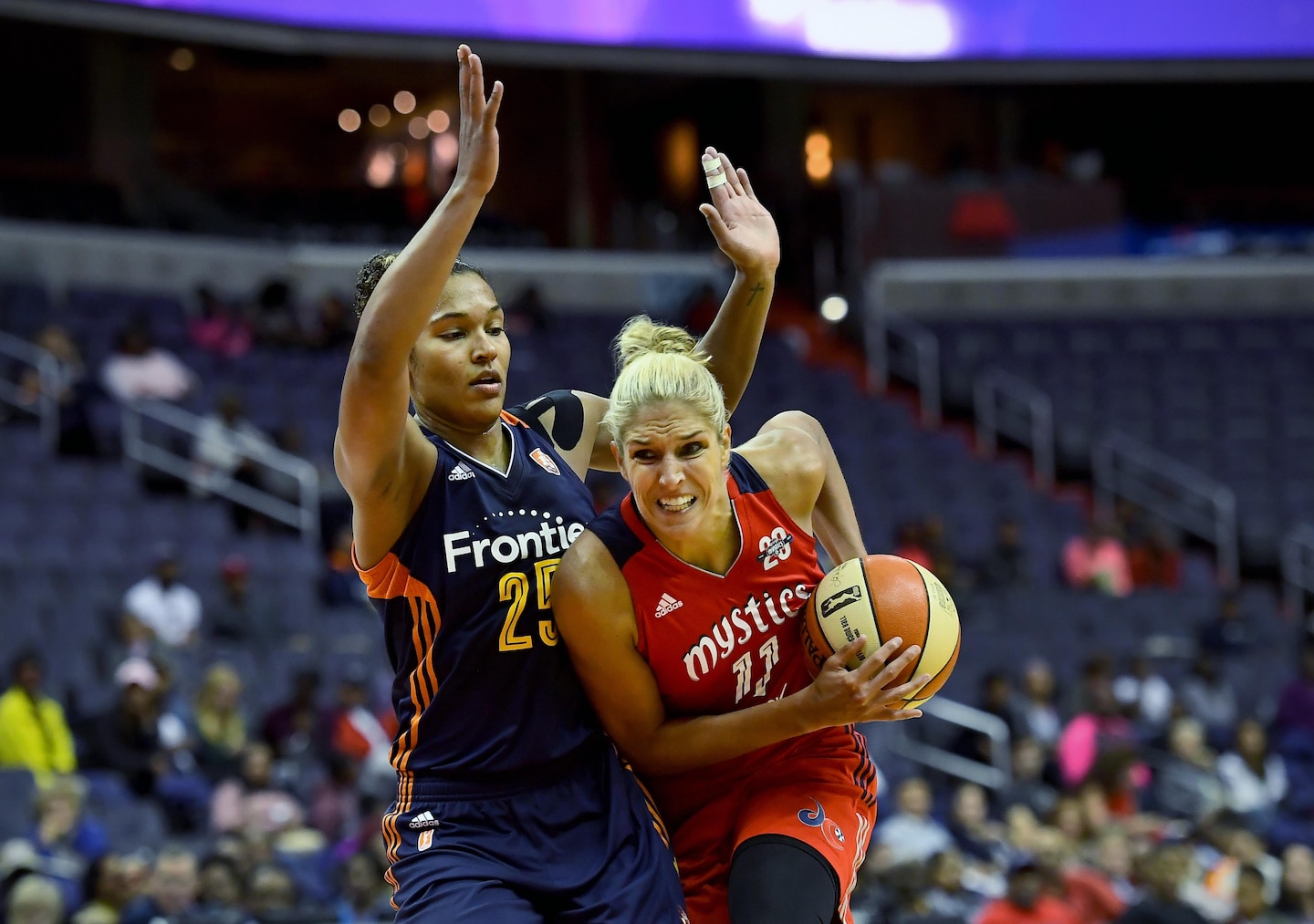 But as the 2020 season gears up for a July 25 tip-off in a bubble environment in Bradenton, Fla., Delle Donne’s situation isn’t the only thing in flux. Her predicament is a thorny one, and it threw into sharp relief what is at stake for the league as it stages a season amid the novel coronavirus pandemic, the first after a groundbreaking labor deal in which the WNBA made an unprecedented investment in its players’ salaries, health and well-being.

“My personal physician who has treated me for Lyme disease for years advised me that I’m high risk for contracting and having complications from COVID-19,” Delle Donne said in a statement Monday night, referencing the disease caused by the coronavirus. “ … I’m thinking things over, talking to my doctor and my wife, and look forward to sharing what I ultimately plan to do very soon.”

The reaction was swift.

“It’s bulls—,” Mystics guard Natasha Cloud wrote on Twitter on Tuesday. “Either play or risk her life … what do we stand for? ’Cause apparently it’s not the players.”

The league and the Women’s National Basketball Players Association, of which Delle Donne is a vice president, jointly appointed the panel of three physicians who denied Delle Donne’s medical waiver. There is no appeals process once the panel makes its decision.

“I don’t know that it would be smart for the league to push against medical experts,” ESPN women’s basketball analyst LaChina Robinson said in a phone interview Tuesday. “Some transparency along the way as to how this process was going to go and maybe even allowing for an appeal process — there were players getting physicals right up until the day they had to opt in or out. The timing for these players to dive into their health and feel good about which medical protocols were in place was not a big window.”

There is another issue looming over Delle Donne’s season. The 30-year-old had back surgery in January to repair three herniated disks, and it is unclear whether she would have been able to play this season anyway — especially if shutdowns caused by the pandemic interrupted any of her rehab.

If Delle Donne is unable to play because of injury, the Mystics would have to pay her salary just as they would during any other season.

Mystics Coach and General Manager Mike Thibault said Tuesday that it is still to be determined whether Delle Donne’s back injury might prevent her from playing.

“Elena and I and her agent are meeting over the next several days to talk through everything,” Thibault said, following a Monday night statement in which he said Delle Donne’s health was of the utmost importance to the Mystics. “Everything. How she feels about it, where we are about it, all the other rehab stuff that obviously got interrupted in all of this. But right now, I think the first focus is on what she said [Monday] and work through that first, then take on all other issues after that.

“She informed me from the very start that she was concerned and that she was going to consider applying for a medical hardship. After that, basically, it’s out of the team’s hands.”

Delle Donne’s agent did not respond to multiple requests for comment Tuesday.

The denial of Delle Donne’s medical exemption marked the third piece of controversy to hit the WNBA since teams began arriving at their Florida bubble July 6.

First, videos and photos of bed bugs and subpar living conditions at IMG Academy, where the WNBA will play its abbreviated 22-game season, circulated online. Then, Atlanta Dream co-owner and Sen. Kelly Loeffler (R-Ga.) sent a letter to WNBA Commissioner Cathy Engelbert stating that politics have no role in sports, drawing ire from players and fans and a letter from the WNBPA calling on Engelbert to oust Loeffler from the league.

The league dealt with both head-on, addressing player concerns in Florida and, in the case of Loeffler, issuing a forceful, same-day statement siding with its players. On Monday, it also announced that during opening weekend “all aspects of the game and player outfitting” will affirm Black Lives Matter and honor victims of police brutality and racial violence.

In the case of its reigning MVP, however, the WNBA declined to comment, citing medical privacy laws and leaving the door open for further questions. It also may have created an unwinnable situation for the league at a critical juncture.

“We are all watching with a very attentive eye,” Robinson said. “Starting with Kelly Loeffler, I would say this period could be a defining moment in Cathy Engelbert’s time as commissioner. I look forward to seeing what she does and will continue to do for the league. I know that these are unprecedented times … but definitely as far as optics go, it’s not good.”

Kareem Copeland contributed to this report.