6 ways to get that hygge feeling, even in the summer swelter 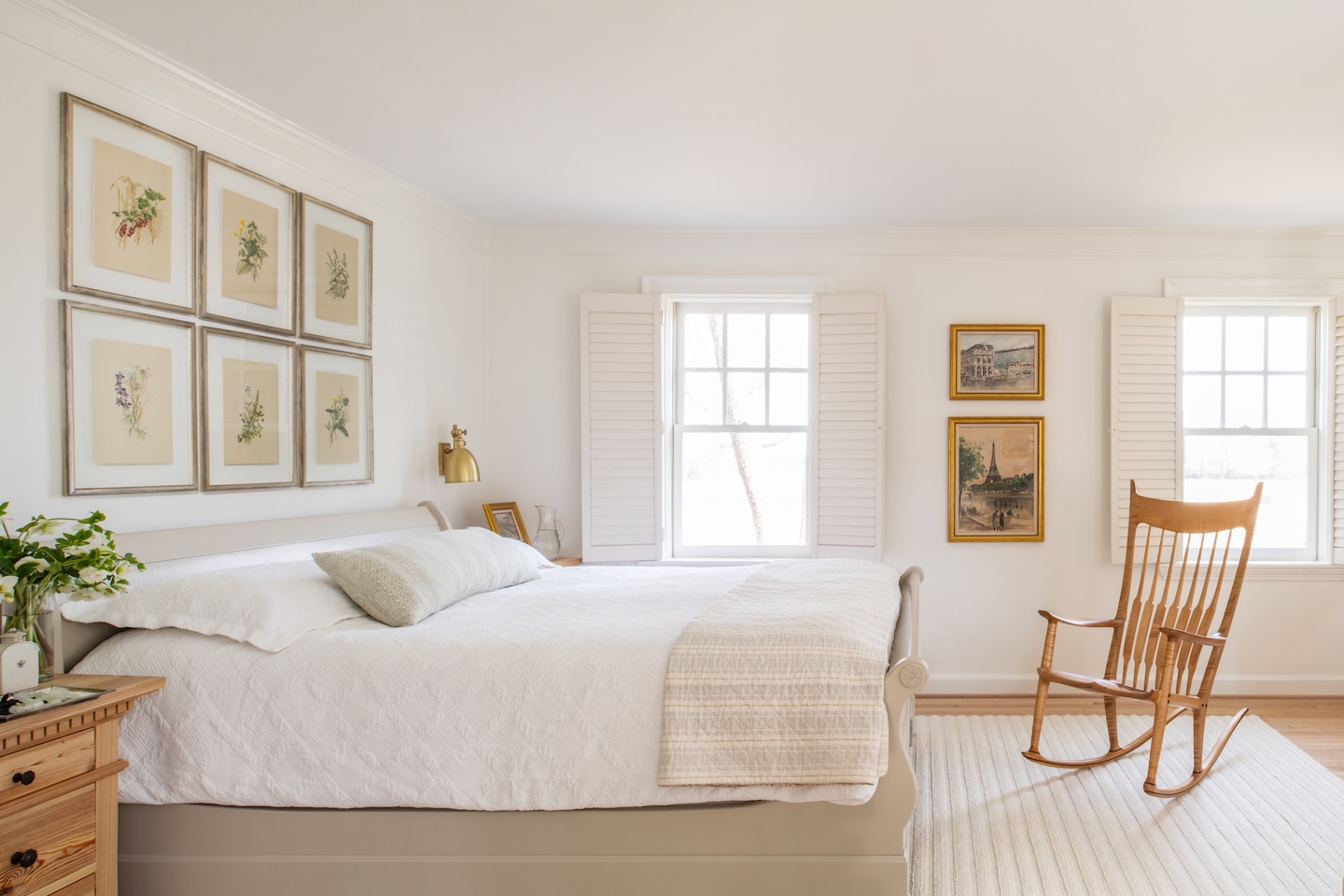 Wiking says we can achieve the key elements of hygge — “atmosphere, presence, pleasure, gratitude and togetherness”— as easily during the summer as we can during the winter. He recommends picnics, games, bike rides and reading books outside in the shade. We also talked to interior designers and a cookbook author about ideas for creating this cozy feeling inside the home.

When you choose lighter bedding, “everything feels soft and cozy, . . . light and airy at the same time,” says Shelly Lynch-Sparks, founder and principal of Hyphen & Co. design firm in New York City. She recommends linen sheets or, even lighter, 100 percent organic cotton sheets. Matteo is her favorite brand for high-end sheets; she also likes cotton sheets from CB2. The Citizenry is where she goes for linen quilts.

Textile accessories deserve a swap, too. “In the winter, it’s alpaca wools and sheepskins, . . . 100 percent wool blankets. Whereas in the summer, we transition to Turkish towels, softer linens that are lighter, colder,” she says, recommending Turkish towels and cotton throws from Serena & Lilys and Parachute. “Even if it’s 100 degrees out, if you have the air conditioning on, you still feel like you can cozy up with a blanket.”

Giese says she likes to help clients create homes with soul. Practically, that can be as easy as shopping your home. “For me personally, it has to do with the home telling the story. . . . [It can be] art that we’ve collected from places we’ve traveled. . . . It can be a bowl that we picked up from an artisan market.” Bring out prints or postcards from places you’ve been and get them framed. She recommends sending extra-special objects — “say you’ve got those kids’ lovies that are now rags” — to commercial photographer Shana Novak of the Heirloomist , which specializes in turning heirlooms into fine printed art.

Bring furniture back to life

If you have inherited furniture that you love and have always wanted to refinish, now is a great time to do that, Giese says. “It tells a story; it doesn’t mean that you’re dishonoring your loved ones by changing the fabric. . . . You’re just making it ‘you.’ ” Reupholster a chair or sofa or paint an old cabinet. These are decisions that can help you feel more at home.

Clear out the clutter

The lines down the street at Goodwill donation drop-offs indicate that many of us are already doing this, but just as we like to pare down to shorts and sandals in the summer, it’s also a good time to clear out the home of things we don’t need or want. “Everything feels so weighty on the brain that if there’s something we can do to declutter, visually organize,” it helps, Giese says. Even rolling up blankets that are normally out and putting them in baskets helps lighten the look of a room.

“Everybody has adapted to this whole neutral-[colored] environment, which we stand by,” Lynch-Sparks says, “but color in the home in the summer brings the outside in.” Pick up a fresh bouquet of flowers, change the throw pillows to ones with light and bright colors and patterns, or move a bowl of fresh fruit front and center on a kitchen counter or dining table.

Sarah Copeland, author of the cookbook “Every Day is Saturday,” has two kids underfoot this summer in her New York home, and the kids’ summer activities have been canceled. To make their home feel more spacious, she set up stations outdoors. One is a patio with a couch. “This year, I’ve invested a lot more energy into it,” she says. “I added a solar pendant light, I put pillows out, I put out a lot more potted plants. Saturdays and Sundays we have brunch there.” She also put up a hammock on an old crabapple tree and added pillows, even putting a rug underneath it. “That’s where we could have lunch in the shade or read together,” she says. At night, they might light a fire in their firepit for s’mores — or even use it to cook dinner.

Copeland also bought an eight-foot stock tank from Tractor Supply and set it in on a large circle of crushed marble (so the kids don’t slip getting in and out). To keep it clean, she uses chlorine tablets in a dispenser and removes the dispenser before anyone gets in. She’ll let the kids play while she works nearby or hop in with them after a workout or yoga session. At night, she and her husband enjoy it under string lights. Note: Farm supply stores are selling out of stock tanks everywhere. Call around to your local stores and get on their waiting lists.

For a less-permanent option, try an inflatable pool. Minnidip’s 5½ -foot diameter Luxe Inflatable Pool has been all over Instagram this summer — so much so that it’s sold out. The company says it will be restocking.