A 7-year-old raises $23,000 to buy skin-colored crayons and multicultural books for her California school 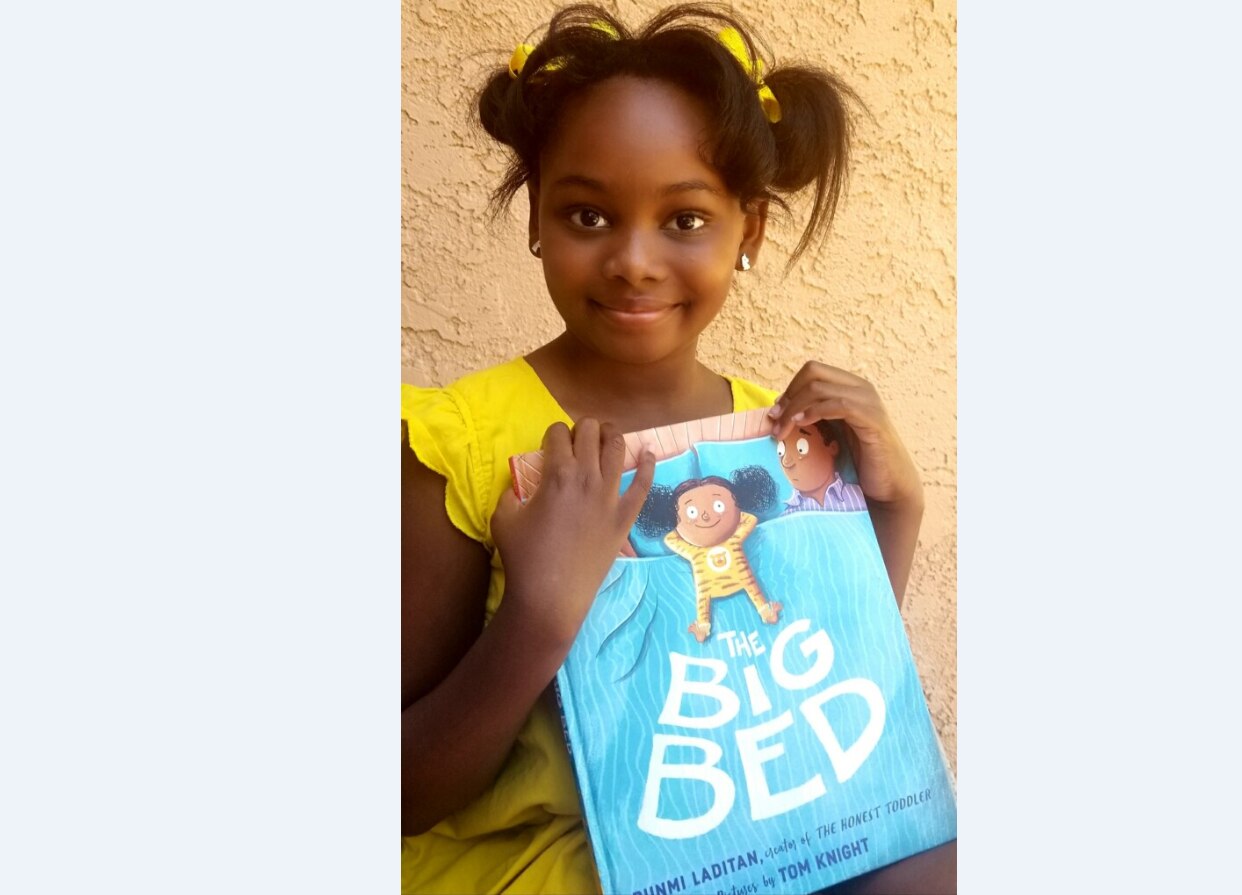 Wilson, 34, replied that when she was young, all of her favorite books featured blonde, blue-eyed girls and that “I rarely saw a girl that looked like me.” Mother and daughter talked about how the majority of books Madison reads in her school in Santa Barbara County feature main characters who don’t look like her.

Madison said she was also frustrated that there wasn’t a brown color in her crayon box that properly represented the color of her skin when she drew pictures of herself.

Wilson wanted her daughter to feel empowered, so she asked her, “Do you have some ideas?”

Madison did, in fact.

Madison had learned that Crayola was planning to release a new box of Colors of the World skin-tone crayons this summer. According to the Crayola website, “Crayola Colors of the World Crayons contain 24 specially formulated colors representing people of the world.” (Their previous multicultural set, introduced in 1992, contained eight shades.)

Madison wanted to get some for her school, and also books that include characters of color.

“But then we learned that due to covid-19, every child would have to have their own box of crayons,” Wilson said. “So a few weeks ago, we decided to start a fundraiser.”

She and Madison initially set a goal of raising $3,000 on GoFundMe to buy a few hundred books that feature black and brown characters and Colors of the World sets. But when word got out about Madison’s cause, donations began to pour in.

Since June 19, more than $23,000 has been raised — enough to buy books, crayons and construction paper in a variety of multicultural hues for each of the nearly 500 children at Madison’s school, Solvang Elementary, as well as four other schools in the Santa Barbara area, Wilson said.

Crayola has not yet released the new crayon set or replied to Wilson, who said she reached out to the company about a half-dozen times in phone calls and emails. But she said she and Madison are hoping to purchase 3,000 boxes of crayons once they’re available.

Crayola also did not reply to several emails and phone calls from The Washington Post seeking comment for this story.

Madison, who just completed second grade (she started kindergarten a year early), said she hopes to help other children of color feel accepted and seen when they draw pictures with their new crayons and read the books she plans to donate.

Like Virginia elementary school student Bellen Woodard — who started a movement with her “More Than Peach” project last year to include multicultural materials in classrooms — Madison said she wants kids to feel reflected at school.

“It’s important, because when a child doesn’t see someone like them in a book, they feel left out,” Madison said.

Wilson said her daughter didn’t learn about Bellen’s campaign to create kits of multicultural crayons, pencils and drawing pads for Northern Virginia school kids — then schools across the world — until shortly after she’d started her own project.

“We love what Bellen is doing,” Wilson said, adding that she hopes to possibly collaborate with her in the future.

Although Madison is on summer break, one of the books she plans to give teachers for their classrooms in the fall is her favorite, “The Big Bed,” about a girl who grows tired of her toddler bed and schemes to take her dad’s place in bed next to her mother.

“I like it, because when I read it, I saw this little girl like me — exactly like me,” she said. “She had the same secrets as me and her hair was like me and she was the same shade as me. I smiled when I read that book.”

When Madison is older, she hopes to take over the family business, Dinoexplorerz, a company Wilson founded that makes paleontology kits for kids.

Madison already helps her mother with the business, and she is the model for company advertising and packaging, Wilson said.

“She dresses up in a paleontologist outfit and goes with me to schools to help with presentations because she knows it’s important that kids see girls of color can be interested in science,” she said.

Her daughter hopes that those kids will soon have new packs of crayons for coloring their school projects.

“We will all be able to draw ourselves like real people in all skin colors,” she said. “I think it will make my friends and me happy.”