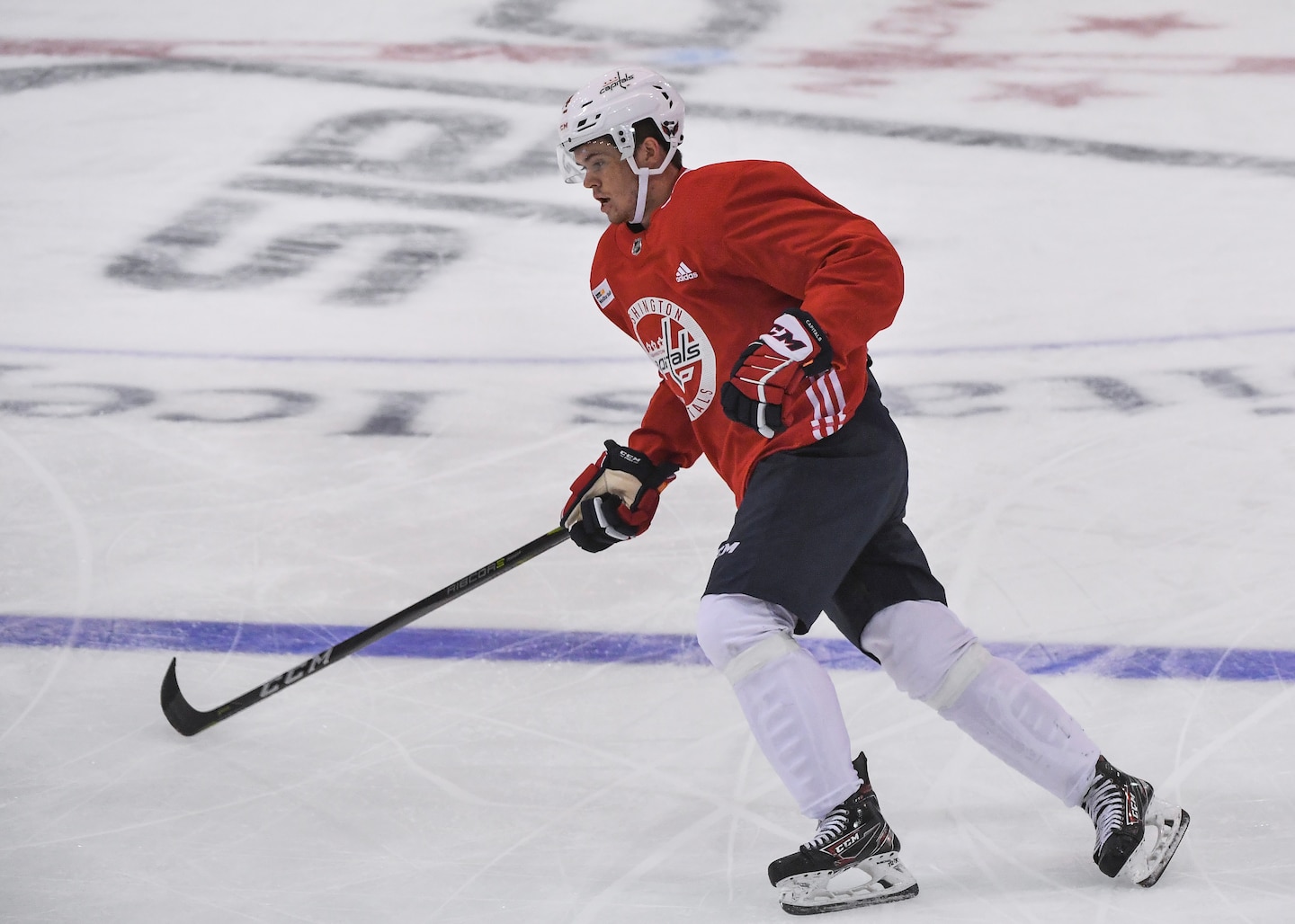 “The coaches were just telling everyone to be ready,” McMichael said Wednesday on a video call. “You never know what can happen in the playoffs. You need depth in the playoffs, especially. I’m just ready to go whenever I get my name called.”

With Lars Eller saying Tuesday that is preparing to leave the NHL bubble in Toronto for the birth of his second child in early August, the Capitals might need a replacement at third-line center. While it is unclear how many first-round games Eller could miss, the Capitals want to be prepared for his absence.

McMichael could be an option, according to Capitals Coach Todd Reirden.

“He’s a guy that can play center, and we’ve got some other guys as well that have the ability play center and also play on the wing as well,” Reirden said. “It is not necessarily just in the middle that you may see Connor. . . . His hockey sense and his ability to not be overwhelmed by the situation [are] some really strong qualities of him as a young player.”

Barring injuries or other absences, Travis Boyd, the team’s 13th forward, is another option for the third line. Nic Dowd, the team’s fourth-line center, also could be bumped up, but that would disrupt a fourth line that had started clicking when the season was paused in mid-March.

With so much uncertainty, including the possibility of a novel coronavirus outbreak inside the bubble, the Capitals want to have multiple options.

“It’s a really cool experience,” McMichael said. “I’m just really happy to be here. I’m going to do everything to prove to the coaches that I can play in the lineup. If not, I’ll always be ready in case someone gets hurt or other things happen. I’m just really excited to be here, and it should be really fun.”

Before the Ontario Hockey League season was canceled March 18, McMichael recorded 102 points (47 goals, 55 assists) in 52 games for the London Knights.

“It was unfortunate our season got canceled,” McMichael said. “We had a really good team, and I thought we could go really far. … I’m just excited to get another chance to finish this season out.”

McMichael was named to the OHL’s second all-star team this season. Given the uncertainty of next year’s junior season, McMicheal said he doesn’t feel a lot of pressure to impress coaches in hopes of making an NHL roster.

“I just want to keep playing my game,” McMichael said.” I know what I’m capable of, so I just want to prove to the coaches that I can deserve a spot on this team next year. Even if I’m sent back to London, I’ll be focused on the next year making the team. So I’m really excited to get going.”

If McMichael does get the call to suit up for a playoff game this year, he would be the first Capitals player to make his NHL debut in the playoffs since Tom Wilson in 2013.

Notes: The Capitals continued to skate in two groups for their third day of camp, and backup goaltender Ilya Samsonov missed his third straight day of practice. Samsonov went back to Russia during the shutdown but returned to Washington in time for the restart. In his place between the pipes has been assistant video coach Brett Leonhardt. …

Forward prospect Shane Gersich was back at practice Wednesday after missing Tuesday’s session. …

For the rest of the season, teams are not allowed to share player injury or illness information, the league and the National Hockey League Players’ Association announced last week, “out of respect for an individual player’s right to medical privacy.”…

The Capitals have an off day Thursday and will be back on the ice Friday.