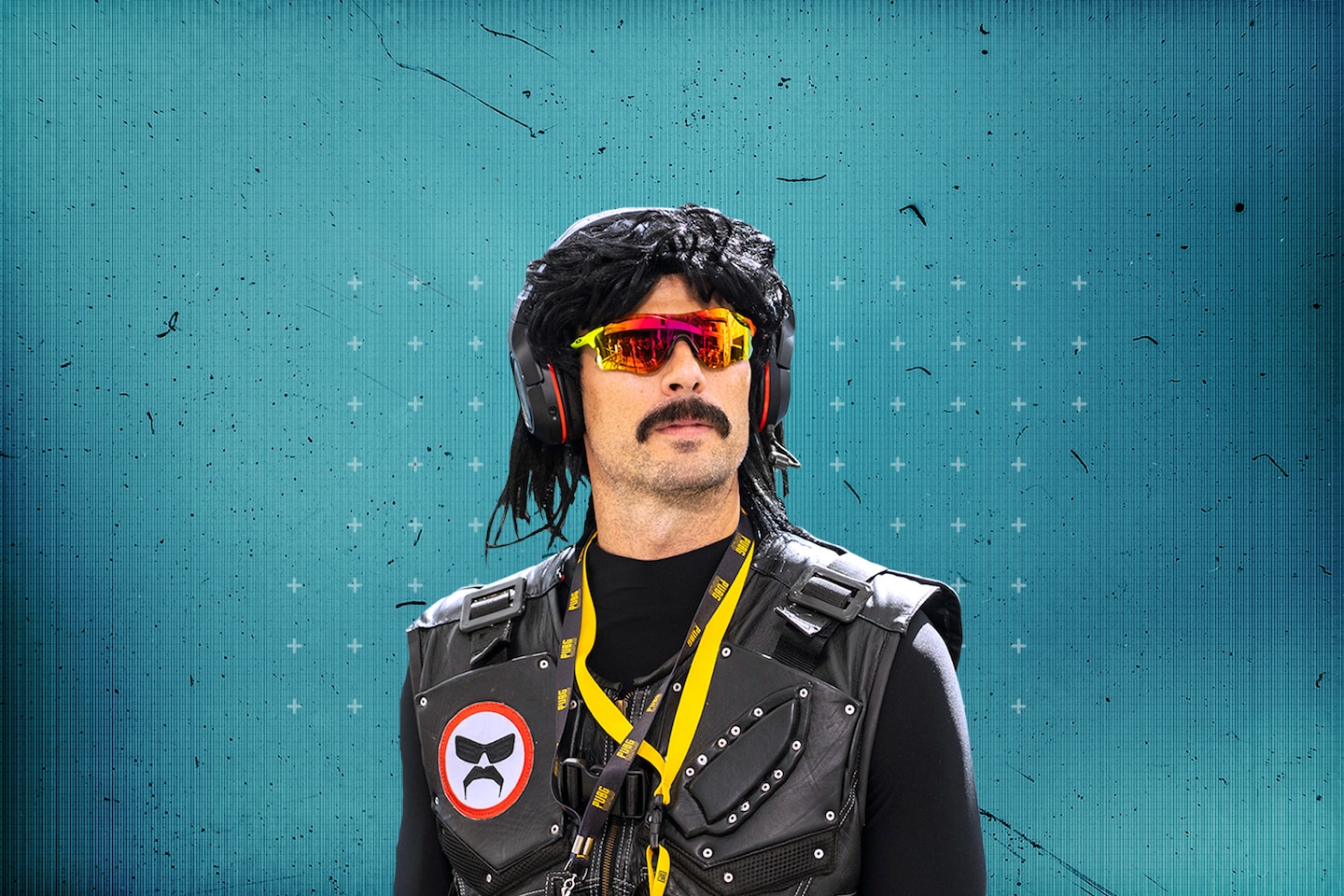 On June 26, Beahm was removed without warning from Twitch, and soon after, his paid subscribers received notifications they would be refunded. Beahm had an audience of more than 4 million followers on the live-streaming platform, and in March he signed an eight-figure contract to stream exclusively on the Amazon-owned platform. Twitch has not provided a reason for the separation, making the circumstances and rationale behind the move the subject of much conjecture.

On a call with The Washington Post in his first interview since Twitch cast him aside, Beahm was somber and measured in his responses. Many of his answers veered back to the community he had built and his hopes for the future. Pressed on questions regarding his removal from Twitch or his next steps, he frequently followed advice from his legal counsel to remain silent.

“I’ve been dealing with a lot of stress and anxiety,” Beahm told The Post. “You know, my wife and I both, this is our livelihood. We worked really hard to get to this point. … Let’s just say I’ve felt all of the emotions that you could possibly feel.”

Beahm maintains he still doesn’t know why Twitch effectively voided his contract, just a few months into a two-year exclusivity arrangement first reported by The Verge.

“Honestly, we just don’t know,” Beahm told The Post. “It was a total shock. Imagine showing up to work and the doors are closed and you can’t get inside. You’re going, ‘What’s going on?’ And you’ve been told you’ve been fired. But you haven’t been told the reason why. We just weren’t given an answer. … It was the worst feeling.”

Beahm said he learned the news while watching a friend’s stream on Twitch. He noticed that some of the features normally available to him as a creator were not present and sent an email to Twitch. In their reply, the company informed him of their action but did not provide a reason. (Twitch is owned by Amazon, whose CEO, Jeff Bezos, owns The Washington Post.)

Twitch has said virtually nothing about the matter, and those in the company’s orbit have remained tight-lipped. On the day of the decision, Twitch released a statement that read: “As is our process, we take appropriate action when we have evidence that a streamer has acted in violation of our Community Guidelines or Terms of Service. These apply to all streamers regardless of status or prominence in the community.”

Asked for more detail on the day of the decision, a Twitch spokesperson said they were “not privy to any additional info at the moment.” Since June 26, Twitch has declined multiple additional requests from The Post to answer follow-up questions.

Discord, a video game-focused chat platform, said they had also removed Beahm from their partner program on June 26, shortly after the Twitch news broke. Discord’s program did not require Beahm’s active participation; it simply verified his presence on the platform and bestowed certain otherwise-paid features to his account. (Beahm and his representative told The Post that they were unaware of the partnership.)

Through a spokesperson, Discord told The Post that partners are “held to a higher standard than typical users” and issued a statement similar to that of Twitch: “Discord Partners must abide by our Code of Conduct, and when violations occur we take the appropriate action.” The company declined to comment on their rationale for ending the partnership.

In the days since, Beahm said he has spent time with his family, taking a short vacation to the beach while he considers his legal options. He declined to address any potential pending legal action, citing the advice of his lawyers.

Twitch’s silence on Beahm’s removal has left a void of information that has been filled with speculation, ranging from conspiracies about Doc leaving the platform for a rival service, to suggestions that the removal was a PR stunt. On Twitter, David Icke, a conspiracy theorist recently removed from both YouTube and Facebook for circulating anti-Semitic claims, drew a connection between Twitch’s termination of Beahm’s contract and Beahm referencing Icke on stream.

The break between Beahm and Twitch also comes amid a reckoning around misconduct in the video game and esports industries. Over the past several weeks, dozens of women and men have tweeted out allegations of sexual abuse and harassment by prominent members of the gaming community. To date, no allegations have been made publicly against Beahm.

Speaking with The Post, Beahm declined to address any specific theories, reiterating that Twitch has not communicated the rationale for the removal to either him or his team, and frequently pointing to the support of his subscribing audience. “It just goes back to just me not being interested in engaging crazy speculation,” Beahm said. “You know, I have a great community, loyal fans.”

The last few minutes of Beahm’s final stream have also fueled theories around his removal from Twitch. In videos of that final stream, he can be seen pursing his lips and struggling to talk. At the end, he says, “I appreciate everyone watching today. We’ll … we’ll get … we’ll get through this Champions Club [his name for his online supporters]. Life’s weird right now, we’ll get through this, okay?” He then curses and leaves the stream.

Beahm flatly denied any connection between that stream and his subsequent removal. He told The Post his comments centered on the current “state of the world,” including the coronavirus and the protests happening across the country.

“I kind of stepped out of my Doctor character, which I do from time to time, just having more of a personal moment with my audience in my community. And that was one particular moment, and that’s pretty much what that was,” he said.

Beahm began streaming full time in 2015, creating the character of Dr Disrespect, a brash, bombastic alter ego that became iconic in video game streaming circles for his appearance, which includes a fake black mullet and mustache, colorful performance sunglasses, and a pseudo-combat vest paired with a spandex long-sleeve shirt. As a former NCAA Division II basketball player with a family, Beahm stood in contrast to the teens and 20-somethings who lead the video game and online streaming world. To his fans, Dr Disrespect’s skill playing first-person shooter games like Call of Duty is perhaps secondary to the character’s trash talk and tendency to find drama, which have both brought him notoriety and occasionally led him into trouble.

Beahm’s streaming career has included multiple controversies, ranging from offensive jokes to an incident at the 2019 E3 gaming convention in which he walked into a public men’s room while continuing to stream live on camera. He was banned from the convention and his channel was temporarily suspended by Twitch. Prior to that, he took a two-month break from streaming in December 2017 after admitting to cheating on his wife. Another scandal included allegations of racism for using a mock Chinese accent during a stream.

“I’ve been very transparent with those around me and my community,” Beahm said during the interview. “If anybody knows the Doctor and who I am, you know, I’ve stepped up and taken full responsibility each and every time. And I’ve learned from those mistakes.”

During his time streaming, Beahm at various times earned sponsorship deals with brands like Gillette, Mountain Dew, ASUS, Razer and ROCCAT, the gaming accessories company purchased by Turtle Beach. In addition to the exclusive streaming deal with Twitch (which totaled eight figures according to one person familiar with the contract who requested anonymity because he was not authorized to discuss it with the media), Beahm also landed a TV development deal with SkyBound Entertainment.

Beahm said in the interview that plans for the TV show have not been affected by the recent events. SkyBound Entertainment did not respond to The Post’s requests for comment.

Over the course of a half-hour interview, Beahm searched for words and issued several stuttering responses to questions, including about his final stream — a marked contrast to his WWE-like character. Asked how it felt to be so restrained in the wake of his removal, Beahm said his response was carefully coordinated by his team.

“I’m trying to take all the right steps with how this is handled,” Beahm said.

These recent developments came at a point when Beahm and his wife felt that they were “just in such a good spot in life and [their] relationship, family and work,” he said.

“All the right points were lining up, all the pieces of this big puzzle of the Doc universe,” said Beahm. “And everything was just good. Everything was just getting lined up … to push the Doctor character outside of the realm of just streaming and more into this universe. You know, sort of encompassing mainstream media.”

Beahm and his team are considering possible next steps. Though his representatives declined to comment on possible future streaming venues, a number of alternatives exist. Tyler “Ninja” Blevins, among the most popular streamers working today, has been experimenting with streaming on YouTube — though with no exclusive commitment. Mixer, the soon-to-be-defunct streaming platform backed by Microsoft, has worked to transition its users to Facebook Gaming.

“We worked really hard to get to this point, and all of a sudden it’s just like everything’s kind of halted,” Beahm said. “But, you know, I’m surrounded by a good team. And we’re putting together a nice little game plan. I’m really excited to take things to the next level.”