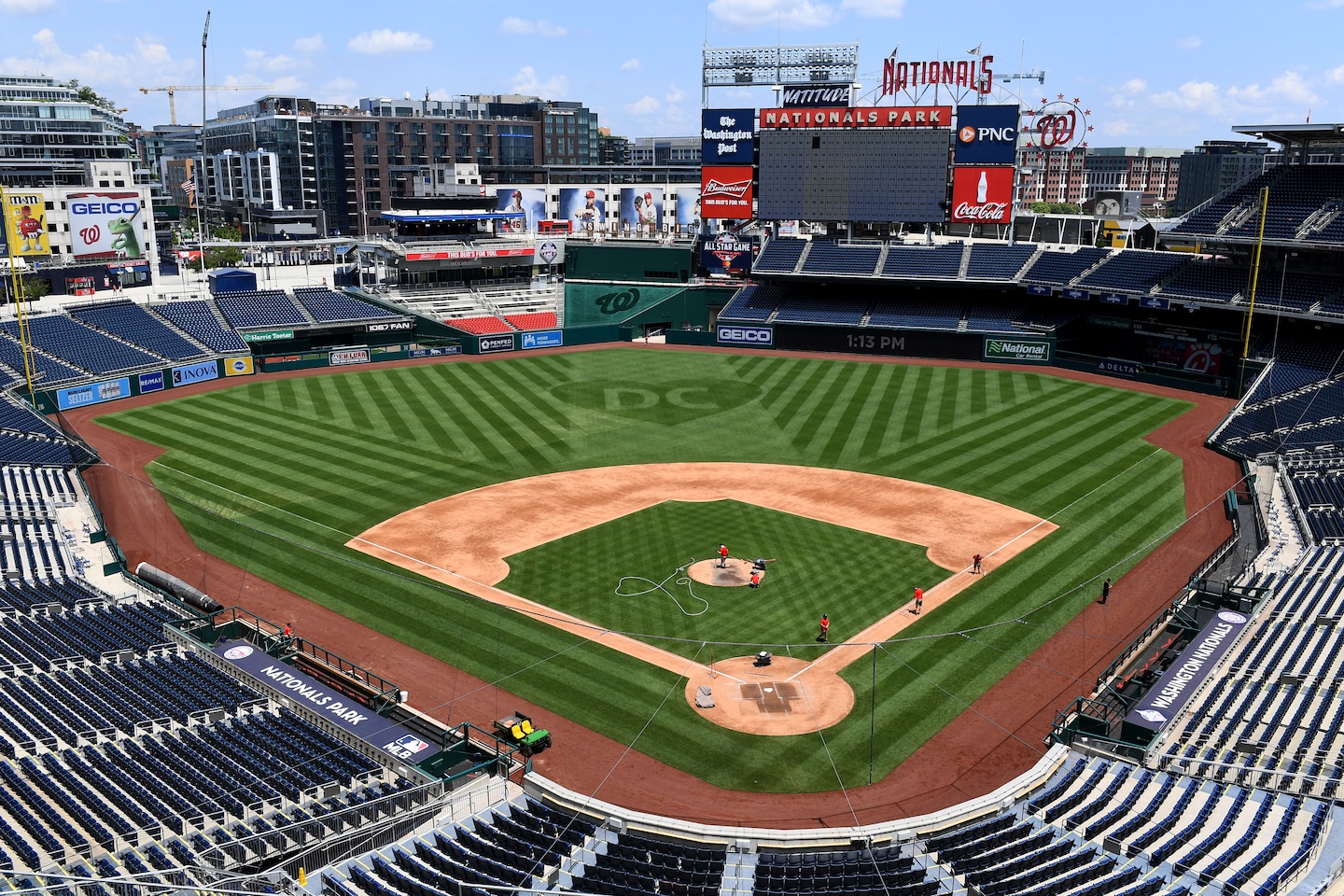 The Nationals are scheduled to host the New York Yankees on July 23, the first game of Major League Baseball’s 60-game schedule for 2020. As of Thursday afternoon, the location of the matchup was still being determined. The Nationals have considered two alternate sites, according to two people with knowledge of the situation, including their Class A stadium in Fredericksburg, Va., and, to a much lesser extent, their spring training facility in West Palm Beach, Fla.

An MLB spokesman confirmed the Nationals are one of two teams, along with the Los Angeles Dodgers, dealing with municipal quarantine rules that could present additional challenges during the season. Baseball is helping to resolve those issues, but it is unclear whether the Dodgers are also exploring alternate sites.

Officials in the D.C. mayor’s office did not immediately respond to questions about the rules for the Nationals. A person with knowledge of the situation said there is not yet a deadline to decide on a venue for Opening Day.

Since summer training began July 3, the Nationals have had 10 players and one coach enter District’s 14-day quarantine, whether because they contracted or were potentially exposed to coronavirus. Six of those players traveled to the United States from the Dominican Republic and were potentially exposed to the virus on one of two MLB-chartered flights. The absences have illustrated the fragility of baseball’s return plan, which includes coronavirus testing for all players, coaches and staff every other day.

Now, though, the situation has created doubt about whether the Nationals can operate in Washington.

MLB’s operations manual has six stipulations for someone to return after potential coronavirus exposure. They include that an individual must test negative in an expedited test and self-quarantine while waiting for the result; they must be asymptomatic; they must undergo frequent temperature tests and symptom monitoring for at least 10 days after the possible exposure; they must wear a mask at all times, except when on the field; they must undergo a daily saliva test for seven days following possible exposure; and they must immediately self-isolate if they show symptoms or are otherwise instructed to by the team’s medical staff.

Not included: a mandated 14-day quarantine period. MLB’s operations manual says government protocols will trump its own, particularly “regarding the return to work of individuals who have come into close contact (as defined by the Centers for Disease Control and Prevention) with individuals who have tested positive for COVID-19.” For example, the players who flew from the Dominican on July 1 and did not contract the coronavirus were cleared to train by July 9, according to an MLB spokesman. But the Nationals were still waiting for local health officials to approve the players’ return, according to the team, and would for another week.

The Nationals worked out at Nationals Park on Thursday evening, as they have for almost two weeks. Juan Soto, Howie Kendrick and Luis Garcia, three players who completed 14-day quarantines, were present and practicing. Pitchers Joan Adon and Steven Fuentes were cleared to train at the Nationals’ alternative site in Fredericksburg. That left five players — Victor Robles, Wander Suero, Roenis Elías, Wil Crowe and Fernando Abad — still not permitted at the facility.

Washington had two players test positive for coronavirus during intake screening July 1-3. One of them was on one of the MLB-chartered flights from the Dominican to Miami. The Nationals placed Suero and Elías on the injured list for undisclosed reasons Monday, and Manager Dave Martinez declined to elaborate further. Coronavirus information is murky and fluid because teams are not permitted to publicize names without the consent of those affected.

Julie Zauzmer contributed to this report.