Trump just shook up his campaign. But the GOP can’t shake up what it really needs to: Trump. 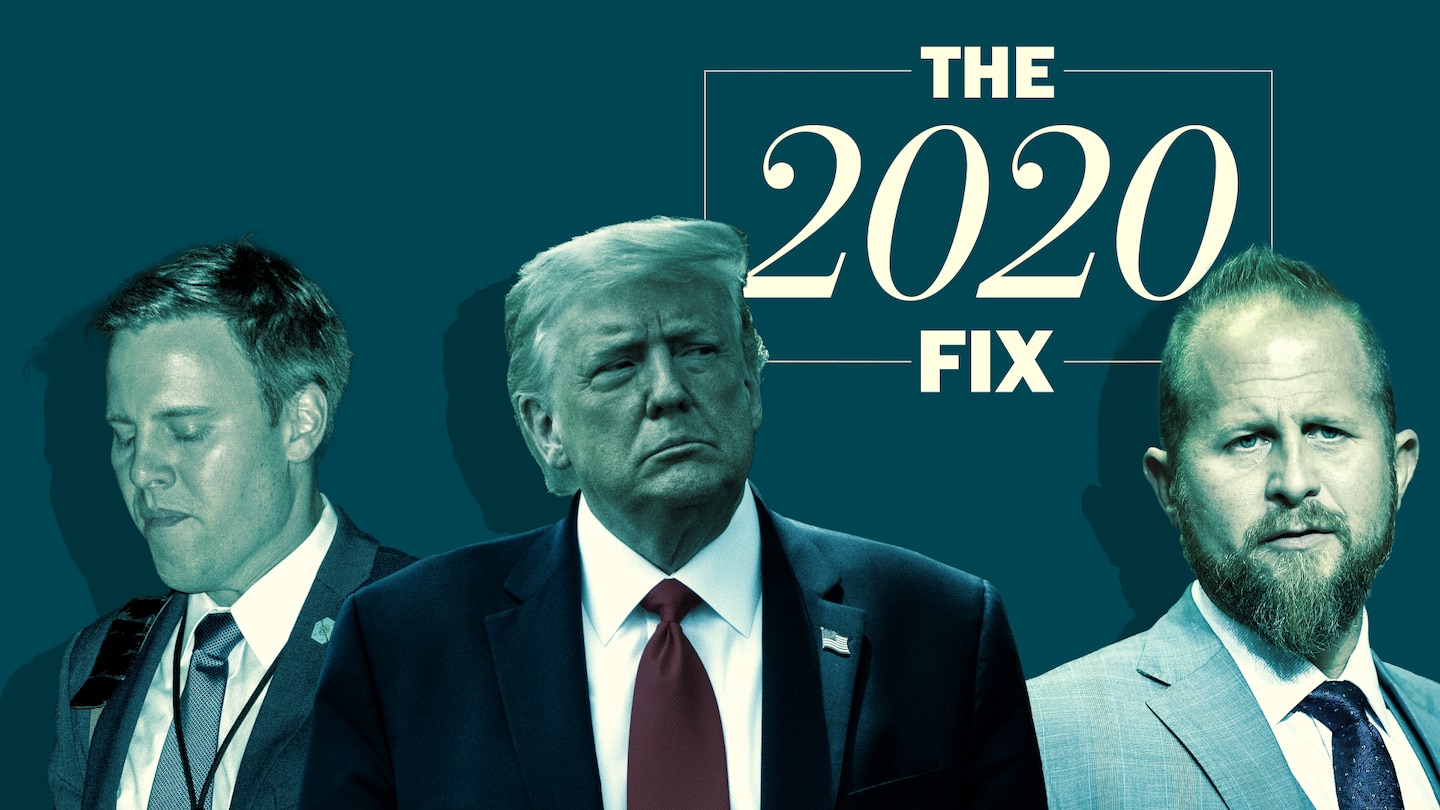 The 2020 election is nigh, and virtually all signs are bad for the GOP. Trump trails both nationally and in every closely decided 2016 swing state. The continued coronavirus pandemic, largely quashed in many Western European countries, is resurgent here in ways that both reflect poorly on Trump’s handling of it and rob him of his supposed electoral silver bullet: the economy. And polls and GOP strategists suggest Trump is not just struggling but also dragging down GOP congressional candidates across the country.

The question for Republicans is: What do you do about it? The answer, apparently, is that there’s not much, largely by virtue of three-plus years spent conveniently humoring a president who provided them power, but whose antics now threaten it.

The GOP’s bargain with Trump has always been an uneasy one. Many congressional Republicans have clearly been unhappy about the headaches the Trump presidency has inflicted — from his tweets to his penchant for stoking racism and politically suspect culture wars to his myriad politicizations of the legal issues surrounding him.

Occasionally, Republicans have spoken out. Sometimes they have thoroughly denounced him — and in the process completely marginalized themselves inside the newly Trumpian Republican Party, with the few who dared to do so often heading for the exits. But more often, they’ve held half of their tongues. They’ve hoped to send a message to the president while also recognizing that doing so threatens that very tenuous bargain they struck with a man for whom ideology and principles take a back seat to power and the base.

The thing about that approach is it’s a great way to keep the coalition intact and pursue policy priorities while you have governing power. Trump gave them two Supreme Court justices and tax cuts, most notably. Even after Democrats took the House in the 2018 midterm elections, Trump wielded his executive power in ways that the GOP simply can’t replicate without a Republican president.

But now they’re staring down that alternative. And given their accommodations of Trump for three-plus years, they’ve left themselves little in the way of any ability to arrest that trajectory, both because Trump simply doesn’t listen and because they haven’t forced him to listen by pressing their concerns about his leadership in any consistent way.

They’ve continued trying — in much that same subtle way as before.

Republican leaders in recent weeks have begun pushing for a more forceful stand on masks during the coronavirus, for instance. Sen. Lamar Alexander (R-Tenn.) at one point argued that Trump could turn mask skepticism on a dime, by virtue of his devoted base. Trump has responded by relenting somewhat and wearing a mask publicly for the first time. But he still declines to offer the patriotic case for masks that many Republicans want, even as several GOP governors have been forced to mandate them.

Republicans have also in recent days shunned Trump’s and the White House’s attacks on Anthony S. Fauci, the nation’s foremost expert on infectious diseases. “We don’t have a Dr. Fauci problem,” Sen. Lindsey O. Graham (R-S.C.) said Tuesday. “We need to be focusing on doing things that get us to where we need to go.” Graham added: “I think any effort to undermine him is not going to be productive, quite frankly.” As with masks, the White House appears to have given a little bit on Fauci, disowning its previous attacks on him, but Trump on Wednesday offered muted comments rather than a full-throated endorsement of Fauci.

In none of these cases, though, have they effected a full course correction.

Trump’s mode is — as it has always been — to lean into culture wars as a means of stoking his base. He won in 2016 with an extreme and divisive message, after all, so why not stick with what worked?

In the meantime, Trump has shown no appetite for adjusting his messaging on the coronavirus, which he continues to downplay and for which he has provided almost nothing in the way of a plan in recent weeks — beyond “we should reopen schools.” And even that appears to be either a giant miscalculation or a terribly ineffectual rollout. A Quinnipiac University poll released Wednesday shows just 29 percent of registered voters approve of his handling of reopening schools, versus 61 percent who disapprove. That 2-to-1 negative review is worse than his overall approval numbers.

To the extent this was a political plan, it’s apparently a pretty bad one.

In other words, there is nothing to suggest he truly appreciates — in any sense of the word — the worries Republicans have about his fate. (Even at the same event, he rebutted his bad poll numbers by pointing to anecdotal support from boaters and bikers — as if that reflects the broader populace.) He will apparently keep doing what he’s been doing for years, either because he doesn’t believe that he’s in a bad spot or he doesn’t have another mode beyond constant provocation.

Republicans who have hoped against hope that he would do something different will apparently have to just keep on hoping, because they have put themselves in no position to compel him.

Some of them might take heart in Parscale’s demotion. Their problems stretch far beyond that, though. And they may have only themselves to blame.