Protesters in Mali have filled the streets for weeks. They say they won’t stop until the president resigns. 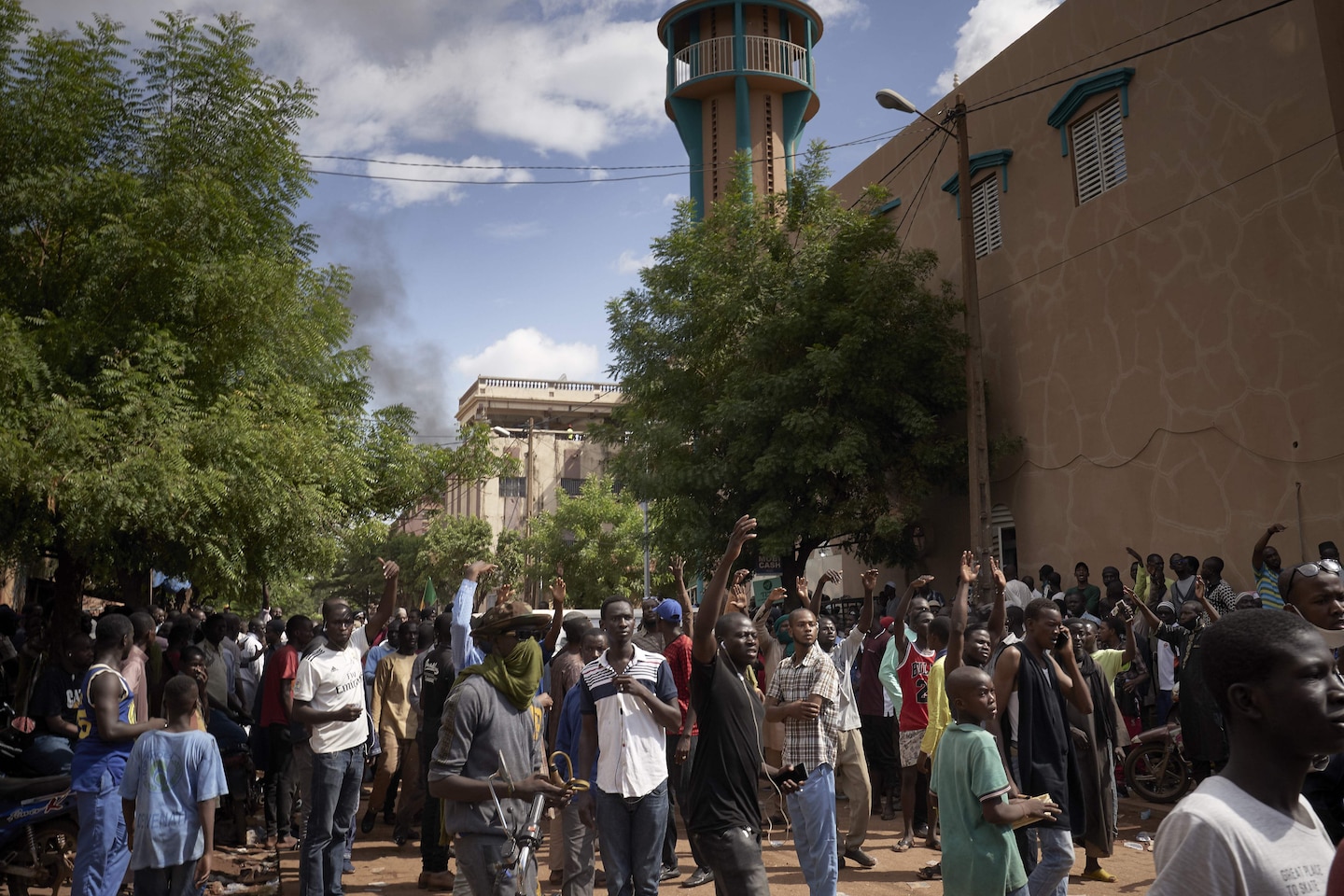 Aerial photos of the rallies — three have dominated the city of 2.6 million since June — show protesters clogging main streets and surrounding the stone arches of the Monument of Independence, where mass singalongs of the national anthem have erupted: If the enemy should show himself, inside or outside, standing on the ramparts, we are ready to die.

The protests are expected only to grow. Organizers say they have lost confidence in the government’s ability to remedy the crises. And they are suspicious of Mali’s biggest overseas ally, France, which has 5,100 soldiers in the region to battle extremists trying to establish a foothold in West Africa.

Last weekend, protesters hurled stones at the parliament building and stormed the state broadcaster, which went off air. Others blocked crucial bridges with barricades of flaming tires.

At least 11 people have died and nearly 150 have been injured in the past week of protests, according to Mali’s health ministry, and protesters have blamed the deaths on security forces firing into the crowds. The allegations of force drew rebukes from the United Nations, the African Union and other international bodies, which jointly called for peace.

“We apologize for it,” he said, adding that the government had launched an investigation into the violence.

Access to WhatsApp, Twitter and Facebook has been unusually limited in Mali this month, according to Netblocks, which tracks global social media disruptions. Protesters have downloaded virtual private networks (VPNs) to circumvent blocks.

Some say they won’t back down until President Ibrahim Boubacar Keïta, who has been in power since 2013, vacates the presidential palace.

“There’s no work, no money, no food, no medicine,” said Adam Bathily, a 38-year-old home-goods seller in Bamako. Customers rarely visit his stall these days.

“We’ve been sitting around as the country collapses before us,” he said.

Keïta doesn’t intend to resign, according to a presidential adviser who spoke on the condition of anonymity because he was not authorized to discuss the matter publicly. But the president has made concessions this week, pledging to dissolve a controversial constitutional court and freeing more than a dozen political opponents who were arrested over the past two months.

The political divisions deepen as Mali struggles to root out extremists linked to al-Qaeda and the Islamic State. The militants are known to stoke tensions between ethnic groups in the countryside, triggering a cycle of bloodshed while offering protection to recruits.

Insecurity has exacerbated poverty since they invaded nine years ago. Forty-three percent of the population lives on less than $1.90 per day, according to the World Bank.

Mali asked France for help in 2012 when fighters attempted to seize Bamako, and the French forces successfully beat them back. But the extremists have since regrouped in the country’s north and center, as well as in neighboring Niger and Burkina Faso.

The Malian army’s attempts to strike back have fallen short, and reports of soldiers killing civilians have become fuel for Mali’s opposition alliance, a mix of political and civil society groups that spearheaded the marches.

At the center of this June 5 Movement is Mahmoud Dicko, an Islamic scholar with conservative views and passionate followers.

Dicko gained fame in 2009 with a protest campaign that pressured the government not to expand the rights of women — the country’s family code dictates that wives must obey their husbands — and wielded his influence last year to spark the ouster of the previous prime minister.

“He has a huge audience,” said Mohamed Salaha, an independent journalist in Bamako who has followed Dicko’s rise.

His followers say they take issue with the government’s corruption, which is alleged by the local media, and Keïta’s apparent closeness with France, which once colonized the country and is the object of intensifying disfavor among its people.

“There is a growing feeling throughout the country that things are going in the wrong direction,” said Ibrahim Yahaya Ibrahim, a West Africa analyst at the International Crisis Group in Niger, “and there is no sign the government is able to handle all these crises.”

Clashes have continued in the neighborhood of Badalabougou, where young men guard Dicko’s mosque, vowing to protect the religious leader.

One group spent Tuesday afternoon fashioning explosives out of glass bottles and motor oil. Djeneba Traore, 35, watched from her window.

She wanted to march with the protesters but had to hurry inside when tear gas clouded the air. Her 1-year-old son couldn’t breathe those fumes.

“What we are asking the president to do is look at his people,” she said.

“The other day, we didn’t sleep at all,” she said. “They had ammunition to shoot the citizens. People were running around, and I thought they were going to break down our door.”

Mohamed Hamidou Maiga, a 30-year-old activist, was outside that night.

His group no longer recognizes Keïta as president, he said, after security forces shot at them Friday. He was demonstrating because he was angry about the extremists and feared the French military presence worsened the problem.