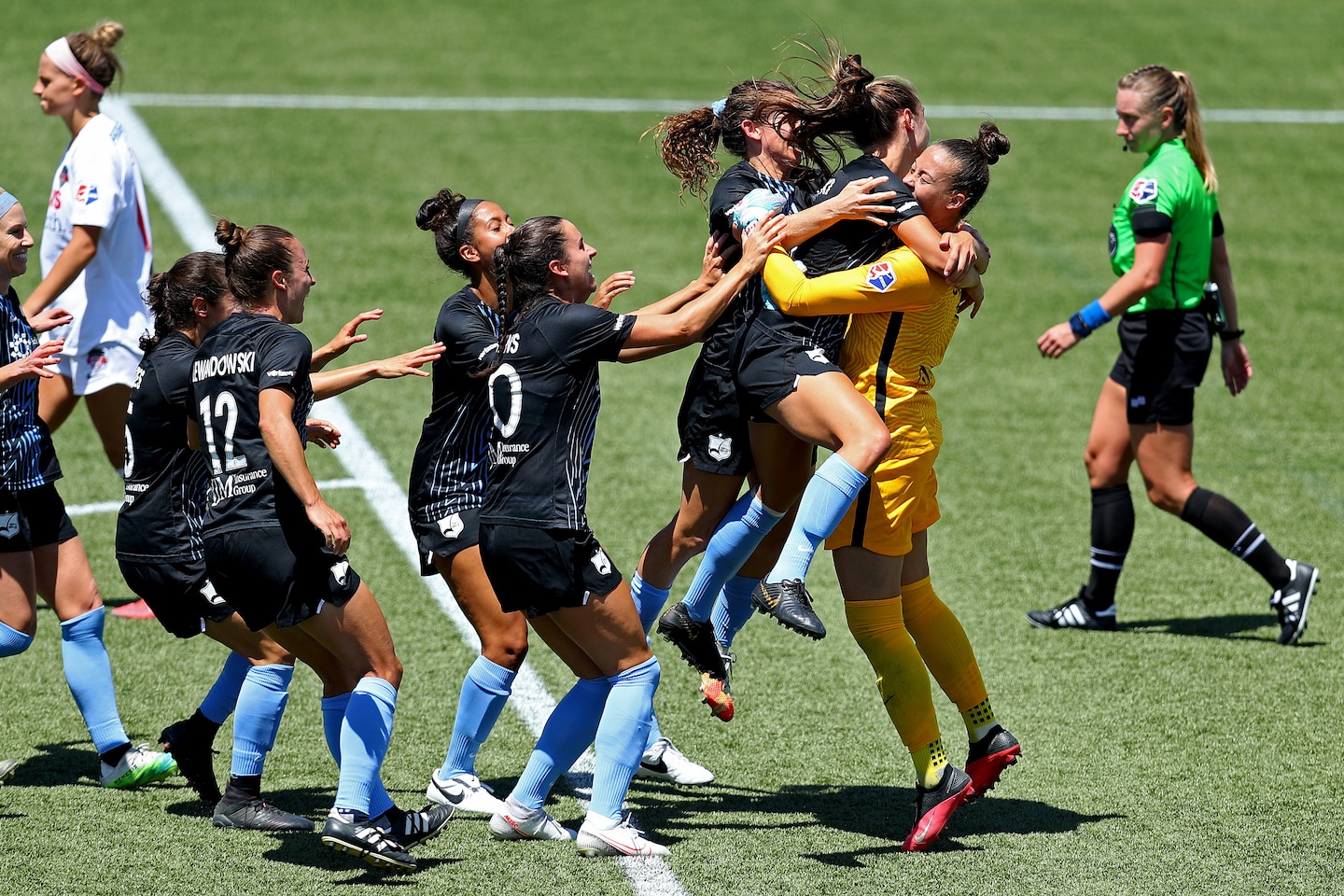 Sky Blue FC, the No. 7 seed in the eight-team competition, was a little bit better, and it ousted the ­second-seeded Spirit, 4-3, after a 0-0 draw at Zions Bank Stadium.

New Jersey-based Sky Blue will face No. 3 OL Reign of Tacoma, Wash., or the No. 6 Chicago Red Stars on Wednesday. The eighth-seeded Portland Thorns will meet the No. 4 Houston Dash in the other semifinal. The final July 26 will cap what is expected to be the league’s only official activity this year because of the novel coronavirus pandemic.

With top-seeded North Carolina ousted by Portland on Friday, the Spirit seemed poised for a title run. Washington was the stronger side Saturday, but Sky Blue’s Kailen Sheridan made multiple quality saves in regulation, then sealed the outcome by easily stopping Bayley Feist’s weak attempt in the fifth round of the tiebreaker.

Both teams had faltered in the third round: Washington’s Aubrey Bledsoe saved Dominique Richardson’s bid, and the Spirit’s Sam Staab missed high.

Although the outcome was settled in a shootout, the Spirit lamented its missed opportunities over 90 minutes. (Because of the dense schedule, knockout matches in this tournament go straight to the tiebreaker instead of a 30-minute overtime first.)

“That one definitely hurts, especially to have the run of play and to not make the most of our opportunities,” Bledsoe said.

Sheridan made a sensational reflex save on rookie Ashley Sanchez’s seven-yard header in the 42nd minute.

Early in the second half, Kumi Yokoyama struck the crossbar with a 16-yard bid. In the 74th minute, Sheridan stopped Tori Huster’s toe poke deep in the box.

“They really took the game to us,” Sky Blue Coach Freya Coombe said. “They made us work the full 90 minutes.”

Beyond the chances, Burke and his players said they were not good enough building the attack.

“We had some other chances but not clear-cut chances, and that’s something we’re going to have to look at and revisit,” Huster said. “We just need more of them.”

Because the top U.S. national team players are employed by the U.S. Soccer Federation, not individual NWSL teams, the governing body can limit their playing time, especially if they have injury concerns. Lavelle missed the previous match with an ankle ailment.

“I would have liked to have played her from the get-go, but she is on restrictions from U.S. Soccer to play 30 minutes, so we had no real choice in the matter,” he said. “She was playing 30 minutes, and that was it.”

In that half-hour, Lavelle was not in top form. A few promising moments fizzled.

Sky Blue’s best chance in regulation came in the 71st minute, when Ifeoma Onumonu drove a wide-open, six-yard header into the turf for a big hop over the crossbar. In stoppage time, a mad scramble in front of Bledsoe raised Washington’s anxiety.

In the tiebreaker, the Spirit faltered.

“We practiced and we trained and we spent some time working on them,” Burke said. “When you get in a situation like that, sometimes nerves take the better of you and some young players don’t take the same penalties they take in training, for whatever reason. And here we are.”