Raiders owner Mark Davis says the team isn’t likely to play before fans, including him 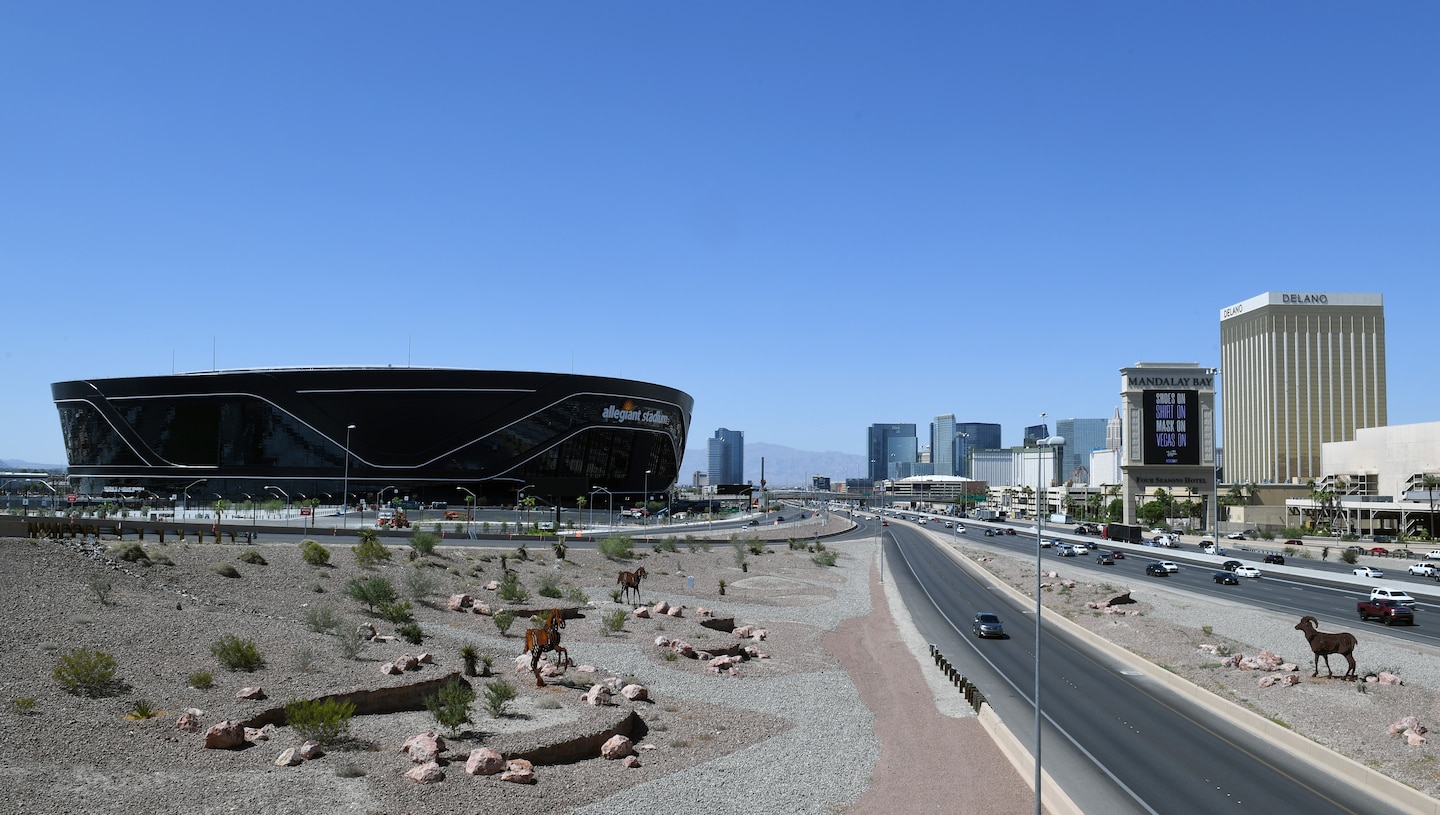 In a recent league owners’ vote, Davis was the only one who voted against the idea of covering the first eight rows of seats in each stadium with advertisements in an effort to limit crowd size and follow social distancing guidelines. The season was thrown into some uncertainty Sunday when the NFL’s top players expressed concerns for their safety. Patrick Mahomes of the Kansas City Chiefs, Russell Wilson of the Seattle Seahawks, Drew Brees of the New Orleans Saints, San Francisco 49ers cornerback Richard Sherman, Houston Texans defensive lineman J.J. Watt and others used the hashtag #WeWantToPlay to write that, as Wilson put it, “there’s still No Clear Plan on Player Health & Family Safety. We want to play football but we also want to protect our loved ones.”

Davis has nowhere to move the fans in those rows because the stadium is sold out.

“No one fan is more important to me than another, no matter if they paid for a $75,000 [personal seat license] or a $500 PSL,” Davis told ESPN. “They’re all Raider fans to me. My mind-set today is no fans [should attend games]. I don’t even know if it’s safe to play. ‘Uncertainty’ is the word.”

He told both outlets that he believes the NFL has three options: full speed ahead, with training camps opening; postpone the start of the season until November and play a 12-game schedule (which would be possible if each team’s four interconference games were scrapped); and cancel the season.

“The only way I believe [playing in a full stadium] can happen is if they delayed the start of the season rather than trying to start it right now in the middle of the uncertainty we have,” he said. “I believe we could get all the way up to November and still get a full season and playoffs and Super Bowl in, and if we went to November, we may have a better feel for what’s going on with the virus with some type of inoculation or something of that nature that could give us a better feel for the safety of the players, fans and everyone else.”

The Raiders are moving from Oakland, Calif., and into a $1.9 billion, 65,000-seat stadium, and the NFL has left it to individual teams and local governments to determine how many, if any, fans are allowed to attend games. The Baltimore Ravens, for instance, announced their current plan limits M&T Bank Stadium crowds to 14,000. Davis said he has no flexibility in his new home.

“That’s the Black Hole,” Davis said of the first eight rows in Allegiant. “It’s the people that want to be in the front row. Boisterous fans. … Now I’ve got to tell 8,000 people that helped build this thing that they can’t come to a game? I don’t have 8,000 seats to move them to. We’re sold out.

“The optics are terrible: advertising on top of seats belonging to people you’re telling they can’t come to the game. I’d rather have everybody p—– at me than just one person. I’ve got to make it up to them, and I will. This is all about safety and equity.”

And that begins and ends with Davis, who believes the only people allowed in the stadium should be those “essential to the production of the game.” His role on game day is simple.

“The only thing I’m essential for is after the game, yelling at [Coach Jon Gruden],” he cracked. “I can do that over the phone.”