The Wizards, minus Bradley Beal and Davis Bertans in the bubble, have decisions to make 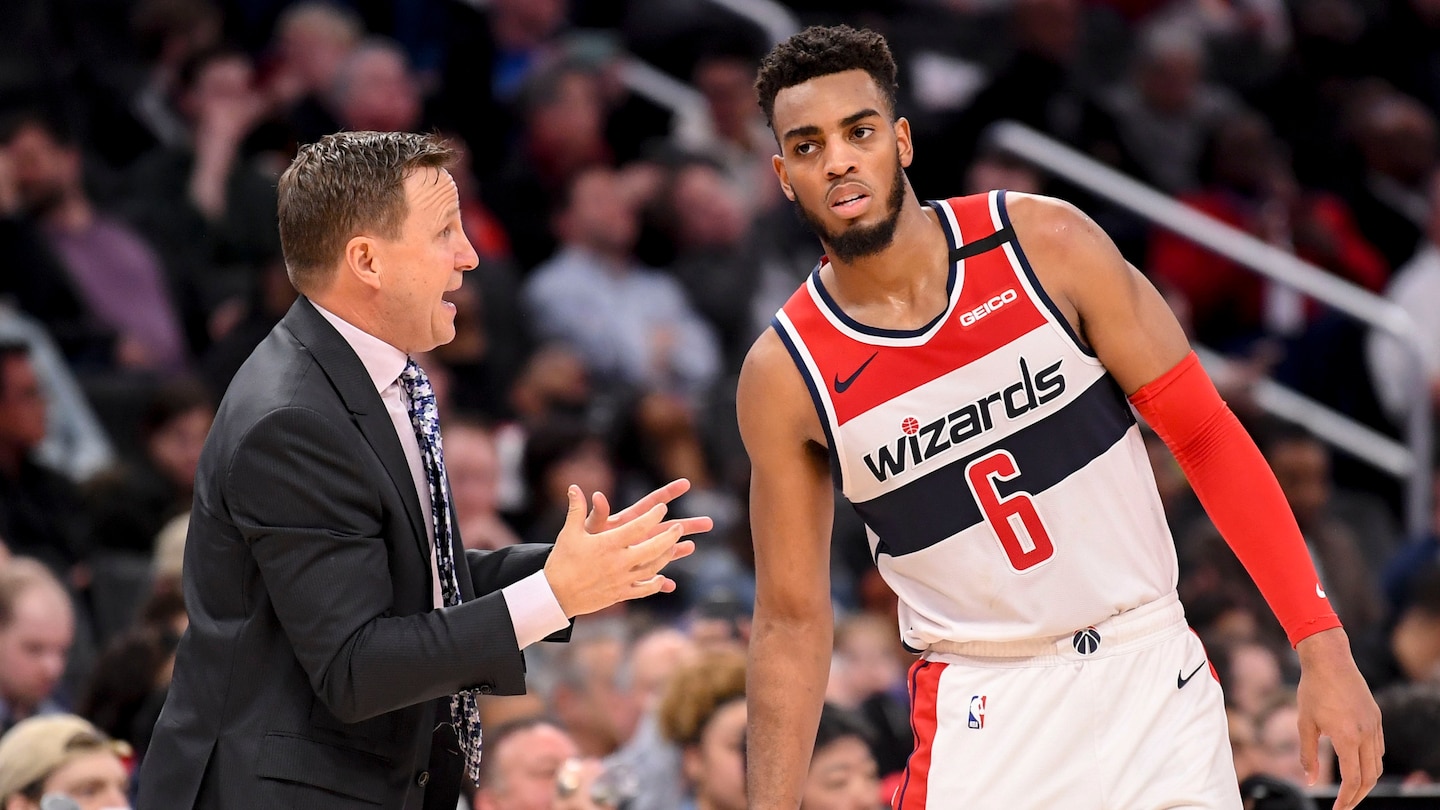 If not for the constant presence of masks as he walks around the NBA’s campus at Disney World and intermittent reminders of Florida’s swelling novel coronavirus caseload, Brooks might be able to trick himself into thinking he is on an extended road trip.

“A lot of it’s the same. You get to be around a bunch of great athletes that love the game as much as I do — that’s definitely what I like about each day,” Brooks said while staring into a camera in a hotel hallway during a virtual news conference. “We get [basketball] back now. It’s been gone, and we missed it for four months.”

The Wizards will officially welcome basketball back when they face the Phoenix Suns on July 31 in the first of eight additional regular season games during which they will try to make an improbable playoff push. Standing 5½ games behind the Orlando Magic and six games behind the Brooklyn Nets, ninth-place Washington (24-40) needs to get within four games of the No. 8 seed in the Eastern Conference to force a play-in round for a chance to reach the postseason.

But before then, the Wizards will scrimmage the Denver Nuggets (on Wednesday), the Los Angeles Clippers (on Saturday) and the Los Angeles Lakers (on July 27), all the while trying to iron out the major uncertainty that surrounds them even as things return to their natural order: their rotations.

With starting guard Bradley Beal and second-unit leader Davis Bertans sitting out the NBA’s restart, Brooks’s favorite buzzword in the bubble has been “opportunity.” Opportunities abound for young guards such as Troy Brown Jr. and Jerome Robinson to rack up minutes and impress their coach. There is also the opportunity for Brooks to try new things in an effort to make up for the 45.9 points and 34.2 shots per game Beal and Bertans combined to average this season.

“Nobody’s really stood out — that’s not bad; just everybody’s hustling and playing together,” Brooks said. “It’s been a great environment. It’s been fun. It’s great to be around our guys. The rotations aren’t set now; there’s minutes to be had. We’re probably going to wait until the last exhibition game to figure all that out.”

While promising that nothing is set in stone, Brooks said Thursday that if he had to choose immediately, Shabazz Napier would earn the nod as the starting point guard over Ish Smith, whom Brooks liked marshaling the second unit this season. The Wizards could be looking at a starting five of Napier, Brown, Isaac Bonga at small forward, Rui Hachimura at power forward and Thomas Bryant or Ian Mahinmi at center.

Bryant, who tested positive for the coronavirus and did not travel to Florida with the rest of the team, arrived in the bubble Wednesday but is behind schedule when it comes to on-court work.

Not in flux: Washington’s offensive principles. Brooks doesn’t want to upend his schemes while Beal is gone for these eight games, meaning he still wants to play fast and create opportunities in transition. He recognizes that making up for Beal’s and Bertans’s scoring will be a job for the entire roster.

“It’s definitely different. We made those adjustments a few years ago when we didn’t have John Wall [who remains out with an Achilles’ injury]; now we don’t have Brad, so we have to continue to evolve and continue to grow the team,” Brooks said. “ … We want to help each other score. Brad does such a good job of — he can create instant offense for himself, or he can help his teammates score with his passing ability.”

While trying to maximize the players he does have, Brooks also faces the careful task of developing the group’s less experienced members — which is one of the team’s primary goals while in Florida.

The Wizards already were one of the greener teams in the league with Beal and Bertans available. Without them, Brooks has overseen scrappy, high-energy practices as the young players compete for minutes. Brooks said he has been impressed by the toughness and defensive focus of guard Jerian Grant, whom Washington signed as a stopgap when Bertans opted out. He has noticed that Hachimura’s communication and confidence have improved. He has praised Brown’s tiptop conditioning — and noted that he will need it when the regular season resumes.

Brown, who has averaged 24.9 minutes this season and could see more in Florida, is well aware.

“You know how the NBA works. I’m sad for Brad’s injury, and it just sucks that he’s not here with us, but at the end of the day we have to go out and do our jobs,” Brown said. “ … It’s one of those things where we have a lot of guys through the age of 20 to 23, you know? It’s a lot of opportunity with him and [Bertans] being gone. We have to find people that can fill that role scoring. I definitely feel like it’s going to be a huge opportunity for a lot of us.”