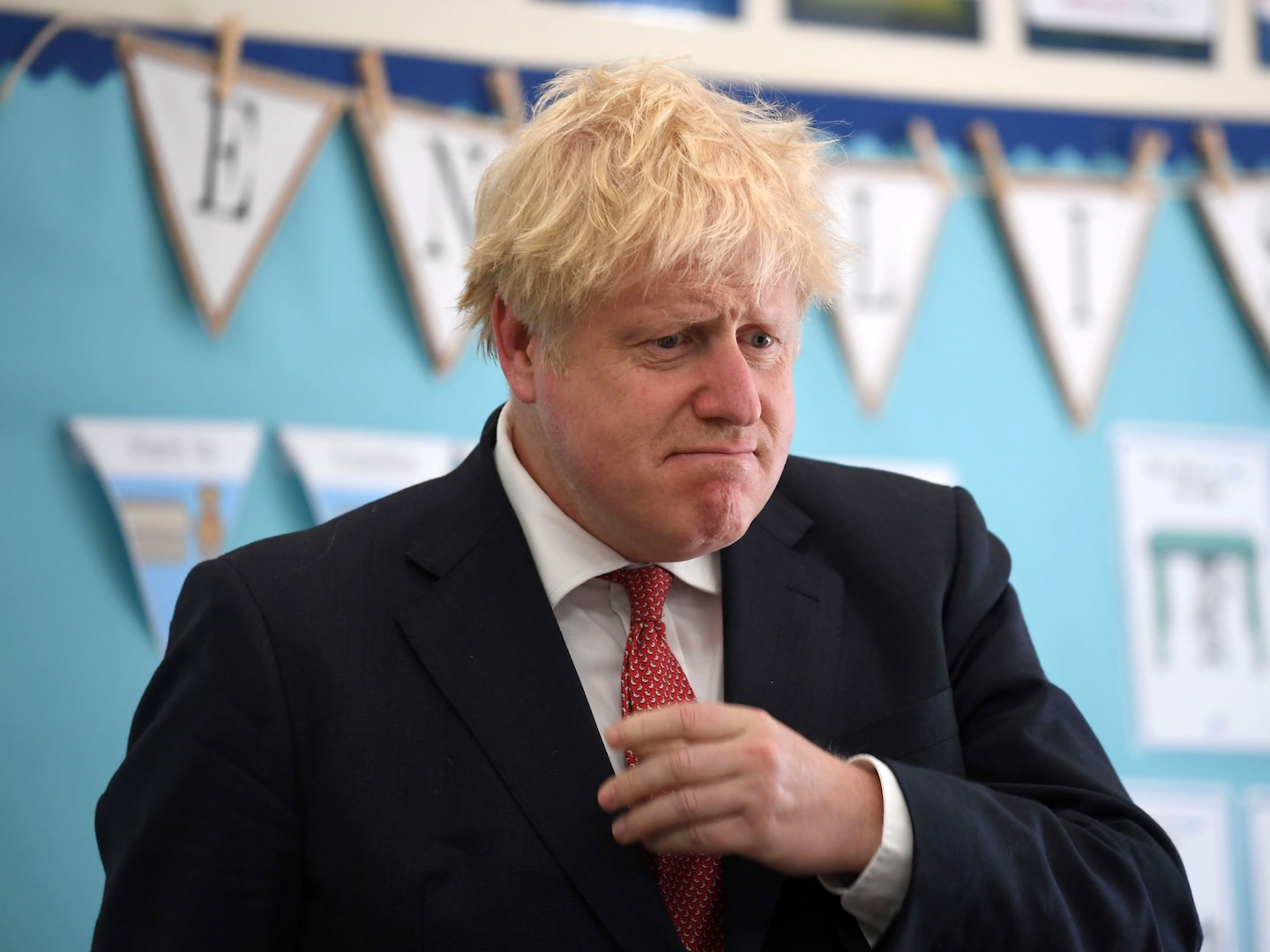 The suspension comes as London and Beijing find themselves at increasing odds over a variety of issues, including Britain’s move to bar Chinese tech giant Huawei from its 5G wireless networks and growing public anger in Britain over the treatment of the Uighur minority in Xinjiang, an autonomous territory in China.

On Sunday, China’s ambassador to Britain was interviewed on the BBC, where he was pressed on footage that appeared to show blindfolded Uighurs being forced onto trains. “There is no such concentration camps in Xinjiang,” Liu Xiaoming said. “… There’s a lot of fake … accusations against China.”

U.S. Secretary of State Mike Pompeo is traveling to Britain this week for a two-day visit, with China and Hong Kong expected to be a topic of discussion as he meets with British leaders.

The British government has had an extradition treaty with Hong Kong for decades. Under such laws, Hong Kong authorities can ask Britain to extradite anyone accused of a crime in the city and vice versa.

But the new national security law Beijing imposed on Hong Kong this month drew increasing worries that those extradited from Britain could face draconian punishments. Canada and Australia have already suspended similar treaties this month.

Residents of Hong Kong, which has been a part of China since 1997, enjoyed a relatively large amount of freedom of speech and other political liberties under Beijing’s “one country, two systems” framework. But under the new laws, the city’s 7.5 million population is under the same speech restrictions as the mainland.

Under these laws, anyone deemed guilty of subversion could potentially face life imprisonment.

In response, Prime Minister Boris Johnson’s government has said it would offer residency rights and a potential path to citizenship for as many as 3 million Hong Kong citizens. China condemned the move, with Foreign Ministry spokesman Zhao Lijian telling Britain to “stop interfering in Hong Kong’s affairs and China’s internal affairs.”

Britain had been particularly concerned about Articles 55 to 59 of the controversial national security law, Raab said Monday, as they allowed mainland China authority to assume jurisdiction in certain cases and try those cases in mainland courts.

London and Beijing had increasingly warm ties only a few years ago, with many in Britain looking toward trade with China as a key part of the country’s post-European Union economic future. But that has changed as concerns about Hong Kong and other issues grew.

Britain announced last week that it would suspend new deployments of Huawei equipment in its fledgling high-speed 5G network, in line with requests from the United States, which said that the Chinese technology company was too close to the Chinese government and posed a national security threat.

The move accompanied a growing concern among the general public about Chinese intentions, with polling data from this year suggesting many Britons wanted a harder line on the country after the novel coronavirus pandemic began.

Liu’s appearance on the BBC’s “Andrew Marr Show” on Sunday prompted an angry response from some British public figures. The footage was later aired on China’s state-run television station CGTN, though the sections about the Uighur video were not shown.

Keir Starmer, the leader of Britain’s opposition Labour Party, said Monday that suspending the extradition treaty was a “step in the right direction,” but he added that Johnson’s government should impose sanctions on Chinese officials involved in human rights abuses.

“Some of the actions of the [Chinese] government are deeply concerning and we can’t turn a blind eye,” Starmer said in a video posted to his Twitter account.

Johnson said Monday that he did not want to become “a knee-jerk Sinophobe on every issue, somebody who is automatically anti-China,” but that his government had “serious concerns” about Hong Kong and Uighurs that could not be ignored.