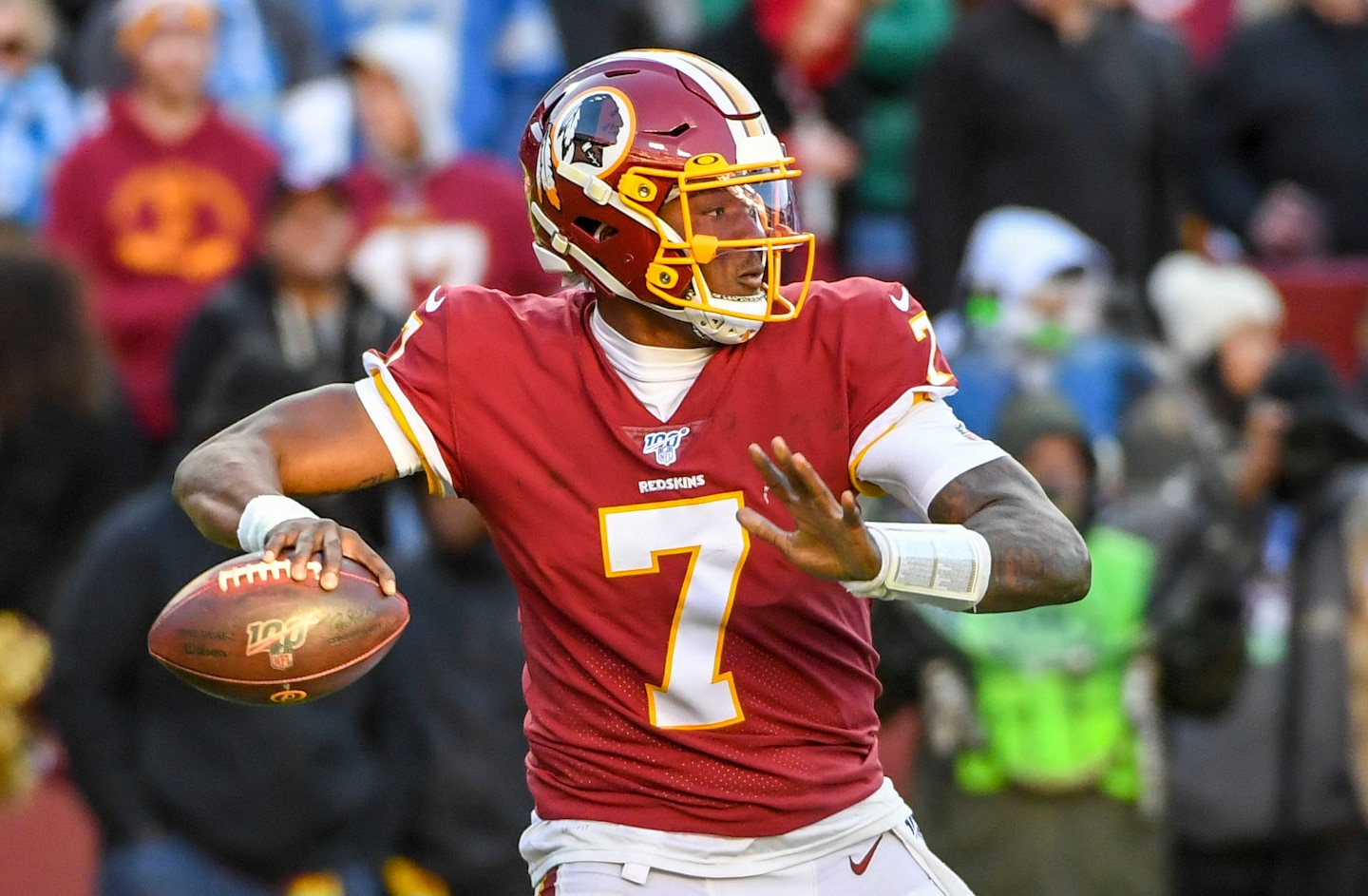 When training camp begins at Washington’s Ashburn training facility July 28 (unless it is pushed back because of coronavirus concerns), here are five story lines to watch on offense:

How will Scott Turner implement his offense?

Turner was hired as a first-year full-time offensive coordinator after calling the last four games of Carolina’s season following Rivera’s exit. The Panthers trudged to an 0-4 finish and the numbers were ugly, but it provided Turner an audition of sorts for his role in Washington. Rivera built his staff on familiarity (many of his coaches in Washington worked with him in Carolina) but also with an intent to develop the team’s young players, especially its quarterbacks.

Turner is expected to import his offense from Carolina, albeit with tweaks to fit the personnel. His version of the “Air Coryell” system that his father, Norv, ran is designed to stretch the field vertically, using presnap motion, play-action, deep passing and power running to force the defense to cover the entire field. The scheme relies heavily on exploiting mismatches, but like any in the NFL, it’s dependent on consistent quarterback play.

Can Dwyane Haskins be The Guy?

In February, when he was asked to evaluate Dwayne Haskins’s nine games as a rookie, Rivera pointed to two series in Washington’s Week 12 game against Detroit. Haskins, in only his third start, engineered back-to-back scoring drives in the final six minutes for a come-from-behind win.

The learning curve for rookie quarterbacks can be steep, and Haskins’s first season was a mixed bag. But his potential showed most when Washington built game plans for him as the starter. For Haskins to take the Year 2 leap, Rivera has stressed the importance of leadership and commitment, traits Haskins said he has taken to heart.

Perhaps the biggest question, though, is whether Haskins has enough talent around him to succeed.

Who will be Washington’s pass-catchers?

While Washington works to develop Haskins, its roster is thin at many key positions around him. The most obvious: wide receiver and tight end. Terry McLaurin (919 receiving yards and 15.8 yards per catch last season) enters Year 2 as the clear leader of the receiving room, but, for various reasons, he has a lot of unknowns around him. Kelvin Harmon, who was the most likely candidate to be the No. 2 receiver, tore his ACL and is probably done for the year. And Cody Latimer, the team’s lone free agent signing at the position, was arrested in Colorado in May. He has a virtual court hearing Friday.

Washington’s tight end corps provides even less confidence. Jeremy Sprinkle led Washington’s tight ends with 241 yards last season, but he struggled with drops and Turner’s system is predicated on having a reliable pass-catching tight end, such as former Panthers standout Greg Olsen. Washington has high hopes for Logan Thomas, a quarterback at Virginia Tech, but the players with the most potential might be Hale Hentges, a waiver claim last year, and Thaddeus Moss, an undrafted free agent out of LSU and the son of Pro Football Hall of Famer Randy Moss.

What will the left side of the offensive line look like?

The right side of the line remains intact with the return of tackle Morgan Moses and guard Brandon Scherff. But the left side is up for grabs.

Rivera and Turner value versatility, especially up front. It’s partly why they drafted Saahdiq Charles, who will compete with veterans Geron Christian and Cornelius Lucas at left tackle and may also get time at guard.

Wes Schweitzer will compete with Wes Martin for the starting job at left guard, and whoever doesn’t win probably will be the top reserve guard on both sides of the line — and possibly next in line if Scherff isn’t re-signed at season’s end. Chase Roullier has a hold on the center job, but he’s in the last year of his rookie contract. Might Keith Ismael, a fifth-round draft pick who can play both interior spots, become a long-term answer inside?

Who is the future at running back?

At 35, Adrian Peterson is still one of the most consistent offensive contributors Washington has, but his style, on paper, doesn’t fully align with the team’s system. He’s also in the last year of his contract, and the talent behind him lacks clarity.

Derrius Guice fits the profile for Turner’s scheme, but he has played all of five games since he was drafted in 2018 because of knee injuries. J.D. McKissic could take over Chris Thompson’s role as a third-down back, and Peyton Barber was signed for added depth. But the most intriguing addition to the room is Gibson, who has the athleticism and skill to become Turner’s coveted mismatch.