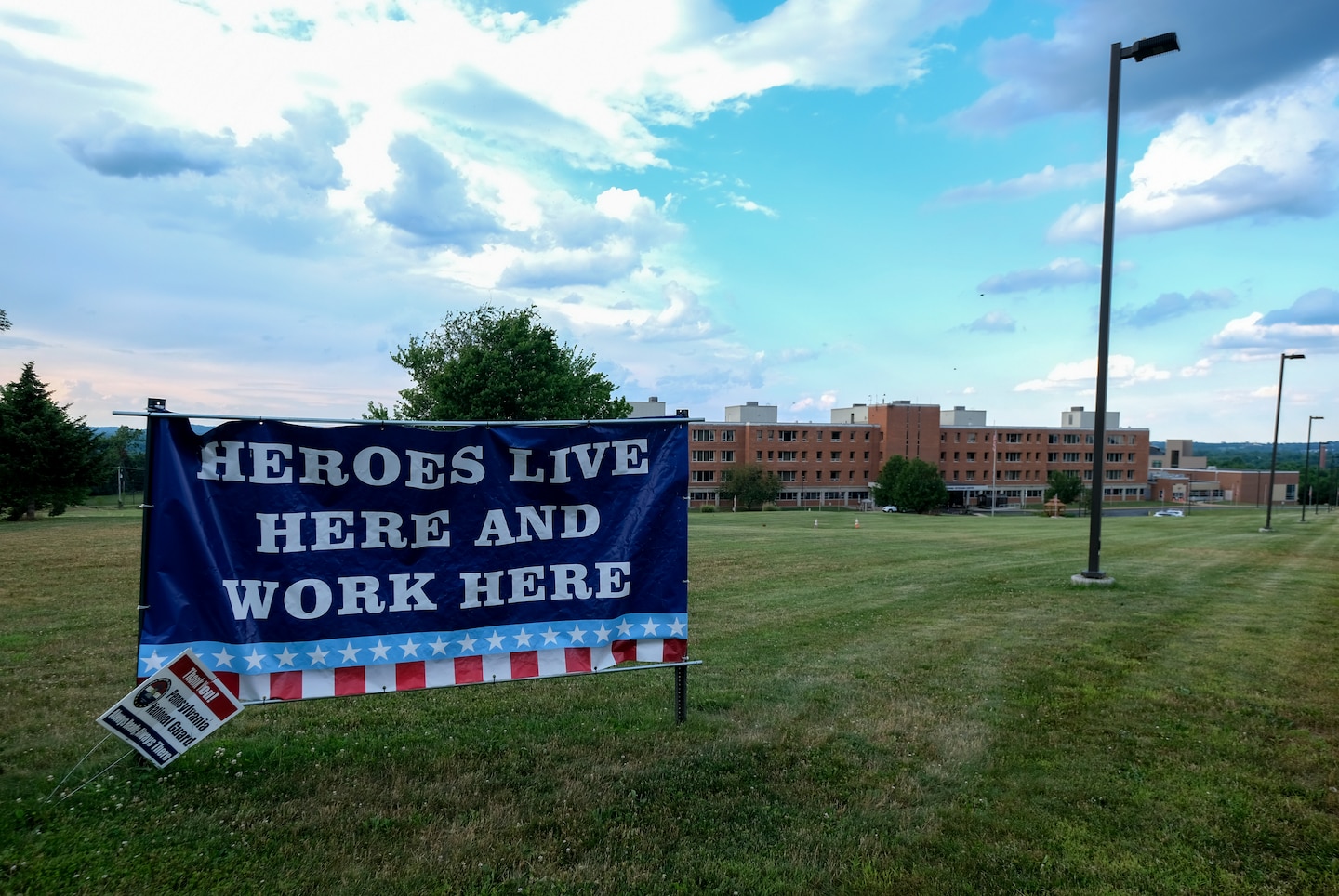 Nursing home administrators had no plans in place to manage sick patients, conduct contact tracing and investigations or protect residents from “cross-contamination, infection, virus[es] and disease,” according to the June inspection.

As veterans and their spouses fell ill and died, staffers went without personal protective equipment (PPE) and at times were not screened for illness before entering the building. Those who had been exposed to residents with covid-19 were placed back on units with healthy residents. One nursing aide was allowed back on the job even though she had tested positive for the coronavirus two days earlier, the inspection found.

The conditions placed 128 of 154 residents at the facility in immediate jeopardy, according to regulators.

The findings largely confirm allegations by nurses, aides and the relatives of residents, who for weeks have said the center made little effort to stop the spread of the coronavirus and ultimately turned to hydroxychloroquine. The Washington Post reported earlier this month that residents at the home received a five-day regimen of the drug, touted by President Trump in March as a possible off-label treatment for covid-19.

Hydroxychloroquine was given to at least 11 people who had not been tested for the virus, along with residents who suffered from heart ailments and other conditions known to raise the risks of life-threatening side effects, The Post found. The Food and Drug Administration last month warned that the drug had caused serious cardiac problems and other conditions in covid-19 patients and revoked an emergency-use authorization.

Nurses and aides at the home, who came to call the regimen the “covid cocktail,” said administrators shrugged off critical infection-control protocols before the drug was widely prescribed for more than two weeks in April. It is not known whether the drug caused or contributed to any deaths at the home, which has attributed 42 fatalities to covid-19.

“Watching people die was awful,” one nurse told a state inspector. “We were told to wrap the residents in a body bag and meet the undertaker at the elevator.”

The state health department declined to elaborate on the inspection findings or say why the use of hydroxychloroquine was not cited in the report. The report did not indicate whether the home would face fines or other penalties. Department spokesman Nate Wardle said sanctions are typically announced several months after inspections.

A spokeswoman for the state Department of Military and Veterans Affairs, which operates Southeastern and five other nursing homes for veterans, said the department disagrees with the findings and has submitted a request for informal dispute resolution.

In the meantime, the home has filed a plan of correction with the state, saying administrators would provide staff members at the home with training on the proper use of protective gear and would begin contact tracing on any resident or worker known or suspected to have the coronavirus.

“Submitting a plan of correction is not an indication that the facility is in agreement with the deficiencies that are cited in the survey,” Department of Military and Veterans Affairs communications director Joan Zlogar Nissley said in an email.

She added that the department has hired a temporary outside management team — made up of a nursing home administrator, a director of nursing, two assistant nursing directors, a nurse educator, an infection preventionist and a pharmacy consultant — to help the home and its staff.

“They will be on-site until staff recover to normal operations,” she said.

State Sen. Katie Muth (D), who has been raising concerns for weeks, said the state inspection report does not go far enough in chronicling how supervisors allowed the virus to spread, despite concerns among nurses and aides scrambling to care for sick residents.

Muth also said the report should have detailed why and how hydroxychloroquine was used at a facility ill-equipped to monitor for side effects, such as heart arrhythmia. The FDA stressed in March that the drug should be administered only during covid-19 clinical trials or in hospitals that can provide “careful heart monitoring.”

“This is a failing to even acknowledge that this happened when there’s documentation to show it,” Muth said in an interview. “Is this an effort to sweep it under the rug?”

The report describes violations in federal standards meant to prevent and control the spread of infections, including a lack of hand-washing and a failure to clean equipment and enforce social distancing.

One staff member told an inspector she had delivered laundry to all resident rooms, including those with covid-19, without wearing proper protective equipment. Another said she had to “beg” administrators for masks and other protective gear.

“We weren’t allowed to wear PPE, or we would get written up,” the staff member told an inspector, according to the report. “We were told it would scare the residents.”

“The facility didn’t have a policy or protocol for the management of COVID negative and positive residents,” according to the inspection report.

The report attributed many of the problems to the home’s former commandant and the director of nursing, who were suspended in May after the Philadelphia Inquirer reported sweeping problems before and during the pandemic.

Ian Horowitz, whose 81-year-old father was a resident of the home before dying of covid-19, said the blame extends beyond the nursing home’s administration. Leaders at the state Department of Military and Veterans Affairs need to be held accountable, he said.

“This goes much further than just the commandant,” Horowitz said. “They had to be taking direction from the state.”

Mulcahy is a graduate student in journalism at Northwestern University’s Medill Investigative Lab.

The permanently temporary 2021 economy, in charts

Plug-in cars are the future. The grid isn’t ready.