Three Astros hit by pitches in exhibition game, much to the pleasure of some fans 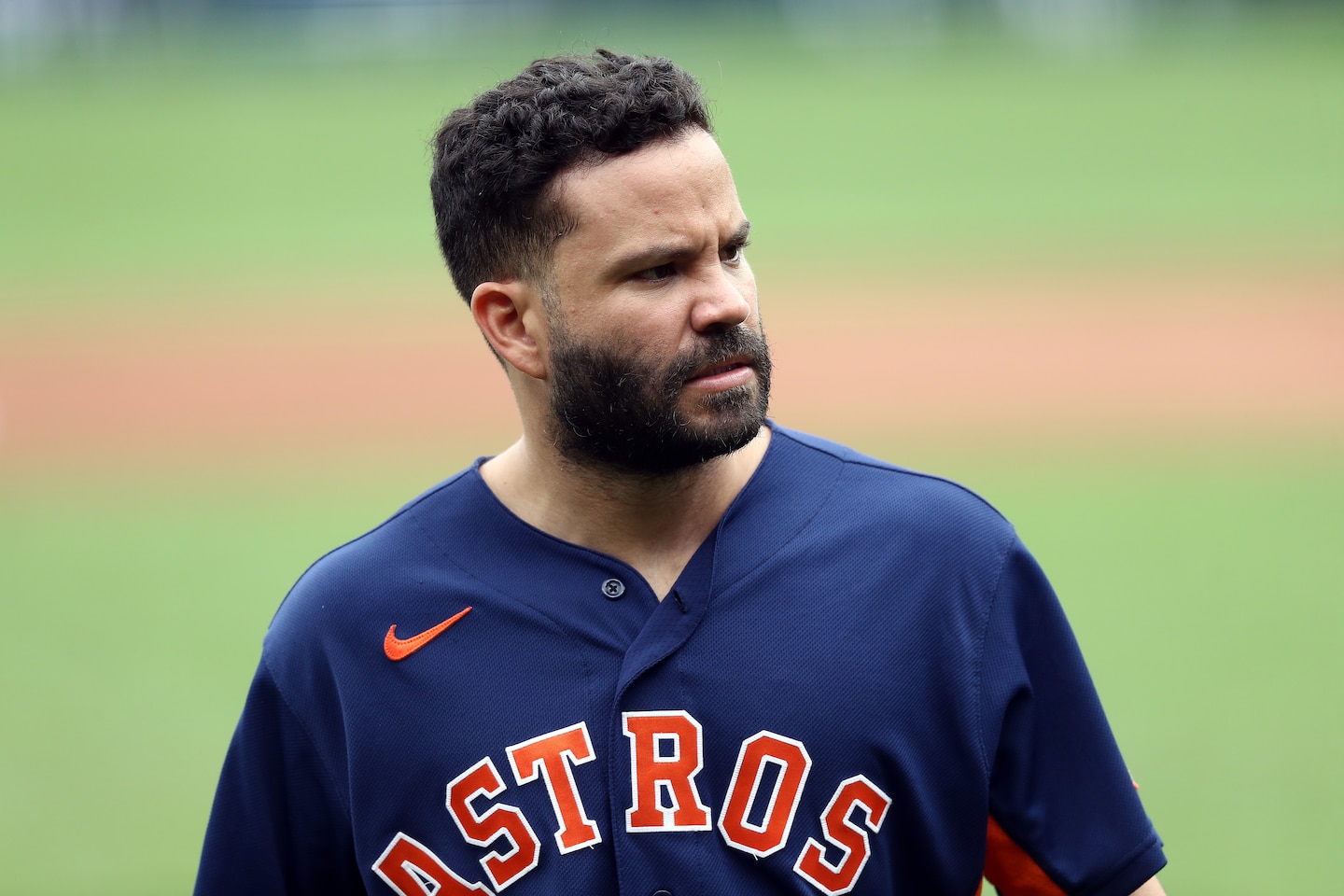 In an exhibition matchup Tuesday against the Kansas City Royals, three Astros were plunked, much to the delight of certain segments of the virtual peanut gallery. Not just any Astros, either, but three of their biggest stars, all of whom were on the 2017 team accused in January by MLB of using an illegal sign-stealing scheme en route to a World Series win: José Altuve, Alex Bregman — hit in consecutive at-bats in the second inning — and George Springer.

There may not have been any actual intention by Royals pitchers Jorge López and Jackson Kowar, especially given that Altuve and Bregman were hit with the bases loaded. In addition, the pitch that found Springer’s shoulder was a 75-mph breaking ball, not the kind of chin music via fastball one might expect if an angry message were being sent.

On the other hand … what better time to throw people off the scent than to plunk batters with the sacks jacked? It’s not like the runs counted for a whole lot, given that this was an exhibition game. By that logic, Tuesday was definitely the day to throw at a ‘Stro, because the 60-game regular season starts Thursday.

We do know that at least one member of the Royals is, or was, very annoyed about the cheating scandal and how it may have benefited Houston’s star second baseman.

“I’m going to consider myself an all-star [for the 2018 season], with all this stuff that’s come out about the Astros, because José Altuve took my spot in that game,” Kansas City second baseman/outfielder Whit Merrifield said in January. “So I’ll put an asterisk by 2018. And on top of it, we’ll just go ahead and throw in a Silver Slugger for good measure.”

In any event, some fans were just happy to see various Astros get menaced at the plate, particularly because they won’t be getting properly booed this season, what with no fans allowed in the stands.

Perhaps no one was more pleased than Brendan Donley, who launched a Twitter account called 2020 Astros Shame Tour (@AsteriskTour) in February, just as players were convening for what everyone assumed would be a normal spring training followed by a normal, 162-game season.

The account’s first tweet mocked the apologies offered just a couple of days earlier by members of the Astros’ organization, including Altuve and Bregman, as well as team owner Jim Crane.

“That’s not how you apologize,” Donley told The Washington Post in February. “For some people, there’s nothing they could say that could return them to good graces, but for a lot of us, if you just said, ‘I’m really sorry, I know I did something wrong, I’ll never do it again and we feel ashamed for what we’ve done,’ I feel like people would accept that.”

The 2020 Astros Shame Tour kept track of Houston players getting hit by pitches — which initially seemed to be happening with notable frequency — and getting booed or heckled in various ways, through March 11. Then that all came to a screeching halt and Donley was left to mock the Astros as best he could for weeks on end leading up to Tuesday’s game.

Apart from a sense among many baseball fans that the Astros’ 2017 championship was illegitimate, what caused enormous frustration about the scandal was that while the team’s manager and general manager were suspended and quickly fired, with the ensuing fallout also costing the jobs of Boston Red Sox manager Alex Cora and New York Mets manager Carlos Beltrán, none of the players who participated in the scheme were directly punished.

That meant it would be left to fans to punish the players by raining boos upon them during every road trip. Those 81 games of gleeful heckling won’t be happening now, so while no one wants to see Houston batters get injured, it will be left to opposing pitchers to make sure some sort of price is paid.

Cleveland Indians pitcher Mike Clevinger said of the Astros in January, “I don’t think it’s going to be a comfortable few at-bats for a lot of those boys, and it shouldn’t be.”

“I’m all about policing the game in its own right, keeping everyone safe,” Clevinger added at the time. “But I think players will deal with it the way it should be across the league.”

Whether intentional or not, justice began to be meted out Tuesday, giving fans outside Houston one more reason to be excited about the return of baseball.