Welcome back, sports. It seems we’re really going to do this. 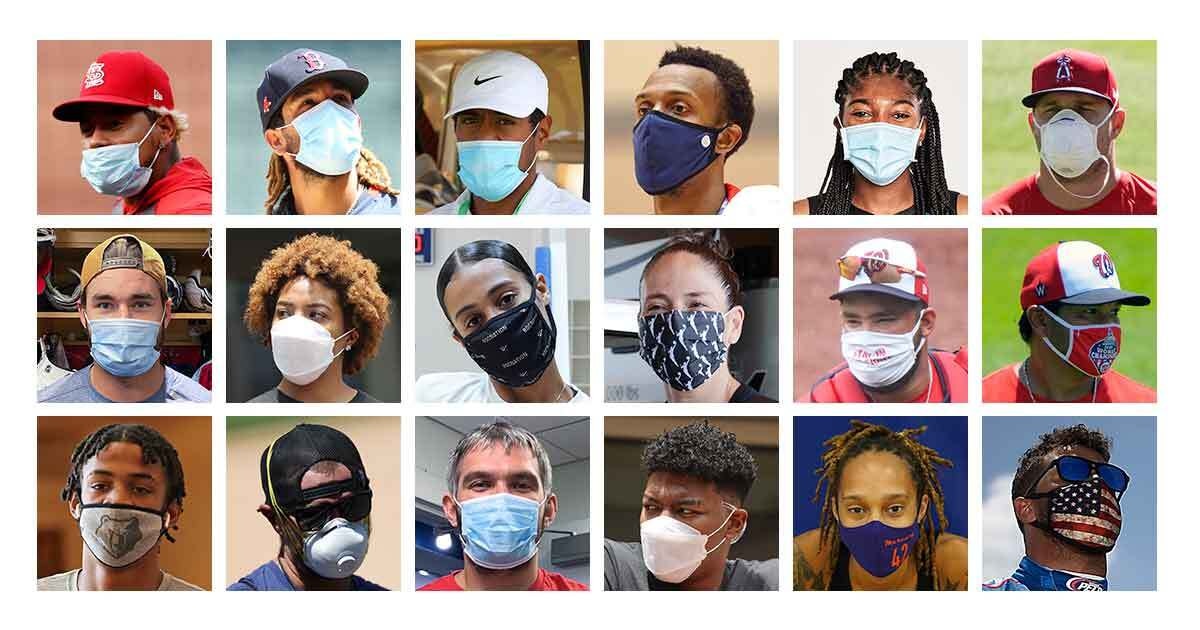 And we’re going to do this all at a time when the United States is a trembling, lonely dot at the upper right corner of the global novel coronavirus case chart, soaring into the uncharted stratosphere and signaling to the rest of the world our singular inability to handle a pandemic most other first-world countries have successfully beaten back?

Yes, it appears we are.

This, finally, is the week big-time team sports, such as they are, return to American life. Major League Baseball launches a truncated, 60-game regular season Thursday, followed by the WNBA two days later and the resumptions of the NBA on July 30 and the NHL on Aug. 1. And that’s on top of the professional soccer leagues, National Women’s Soccer League and MLS, which have been playing games for weeks now. Coming this fall — maybe, possibly, we think: football.

Consider this: The week our sports ground to a halt in mid-March, as one league after another shut down its operations because their stewards felt it was no longer safe to play, the United States was adding several hundred new cases of the coronavirus each day. The total number of cases was in the low four figures. The number of American deaths was in the mid-two figures.

The obvious question: If it wasn’t safe to keep playing in March, how, pray tell, is it safe to restart in July? If, as Washington Nationals closer Sean Doolittle theorized, sports are the reward of a functional society, by what definition have we earned this reward?

Yet another paradox: Fans will not be allowed into these sporting events, at least at first, because it isn’t safe for humans to be in such proximity to each other. For that matter, many of us have not touched another human who isn’t an immediate family member for more than four months now, for the same reason. So how, then, is it safe for athletes to gather on grass, ice and hardwood to forecheck, box out and chop-block each other for two or three hours each night?

Perhaps it will be worth it, from our perspective, to be able to see Juan Soto swing a bat (or merely take a borderline pitch) again, or LeBron James striding toward the hoop again with a full head of steam. In a matter of days, we will finally see Gerrit Cole pitch a meaningful game in a New York Yankees uniform and Sabrina Ionescu make her debut for the New York Liberty. We will witness James, Kawhi Leonard and Giannis Antetokounmpo resume their battle for NBA supremacy — as both individual MVP candidates and as the engines of the contending Los Angeles Lakers, Los Angeles Clippers and Milwaukee Bucks, respectively.

But never has the old analogy of the Roman gladiators seemed more fitting, except in this case the lions are invisible and microscopic and cause severe respiratory illness and other medical issues and the spectators are not in the Colosseum stands but on couches and recliners in their living rooms. Good luck to all of you. We raise our beers to your health.

The answer to the essential question — How is this safe? — appears to have been distilled down to one word: protocols. Everyone is safe, the leagues tell us, because we have these protocols.

The NBA and MLS are ensconced in “bubbles” at Disney World outside Orlando. The WNBA has its “wubble” across the state in Bradenton, Fla. The NHL soon will be housed in a pair of “hubs” north of the border in Toronto and Edmonton. Each sport’s protocols, to varying degrees, restrict players’ movements and limit contact with the outside world.

“I guess everyone is just kind of writing the playbook as you go,” Washington Capitals winger Tom Wilson said. “I think everybody in the whole world is doing that now.”

Baseball, on the other hand, is going forward with 30 teams in 30 stadiums, with travel (on a limited basis) between cities and no explicit restrictions on player behavior away from the ballpark. Teams will be charged with policing themselves, under what players have taken to calling an honor system.

And how is this safe? Because protocols. Baseball issued a 113-page 2020 operations manual, covering everything from spitting (banned) to dugout seating (socially distanced) to coronavirus testing (frequent).

Leaving aside the thorny and complex ethical question of running thousands of coronavirus tests per day and turning around the results in 24 to 48 hours — at a time when parts of the nation are experiencing shortages of tests and severe delays in receiving results — it is already clear the protocols are not going to be enough to keep the coronavirus out of sports.

The biggest question, then, isn’t how will this go — but how long will it last? Florida, home to the MLS, NBA and WNBA bubbles, has seen the biggest spike of coronavirus cases in the United States. California, home to five MLB teams, recently set a one-day record of new cases. Within MLB it is seen as something of a fait accompli that the sport will have to shut down operations again before the finish line. And if MLB doesn’t do it, the players will.

“We have an opportunity to bring joy to a lot of people that are home through these tough times,” Chicago Cubs first baseman Anthony Rizzo said. “But we’re all human. If guys start testing positive left and right and this thing gets out of control, I’m sure you’ll see some guys opt out.”

The best advice for sports fans this summer might be: Embrace it. Embrace the madness, the strangeness, the weirdness of it all. Because things are going to get weird. This will be unlike anything we have seen before and hopefully ever will see again.

And if you’re still wondering, amid everything going on in the world, whether it’s okay to boo the Astros this summer — even though they won’t hear you amid the fake, piped-in crowd noise in their empty stadium — the answer is: Yes, of course it is.