As NHL restarts, veteran Capitals confident they can win another Stanley Cup 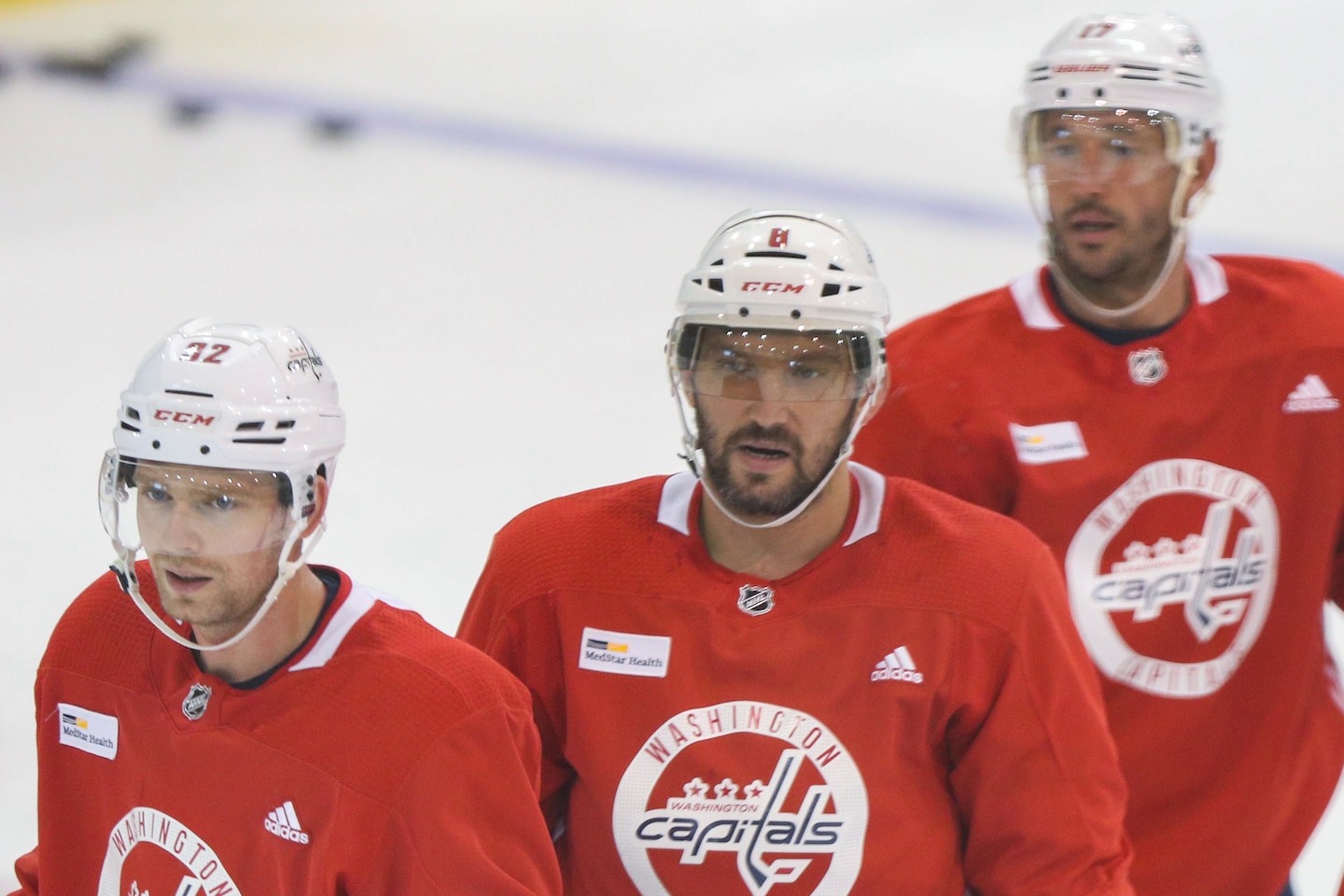 The familiar sounds of Capitals hockey will be back, but this time in an empty Scotiabank Arena in Toronto. While only be a tuneup, it will be a testing ground for Coach Todd Reirden’s squad and its first chance to shake off the rustafter so much time away.

“When you’re in the playoff, everything can happen,” center Nicklas Backstrom said. “You’ve got to have a good start. You’ve got to get it clicking right away. Otherwise, it’s over pretty quick. Hopefully it will work to our advantage that we played with each other for a long time — a majority of this group — and hopefully we can connect like we were in the regular season.”

With a week to go before play resumes, the league is also in a hopeful position.

Through the first five days of Phase 3 (training camps) of the restart, from July 13-17, there were only two positive coronavirus cases amid a group of 800-plus players. There were 2,618 total tests administered during that period. The biggest risk, according to multiple health experts, regarding the NHL’s return-to-play plan was the two-week training camp period and the risk to players of being exposed to the coronavirus since they are not being required to quarantine away from the rink.

But the league continues to have encouraging results, and the reality of the NHL being able to pull off its summer tournament has heightened. Toronto and Edmonton are continuing to prepare for the 24 teams and their entire traveling parties to inhabit their cities on Sunday.

With all safety precautions being prepared in the hub cities, the challenge is for the players in their home cities to continue to maintain health protocols and lower any risk of contracting the virus. With players mandated to wear masks and social distance when inside their practice facilities, the biggestrisk is away from the rink and when they return to their homes.

Players were advised that beginning seven days before traveling to the hub cities, that “family members limit their exposure to nonfamily members … to the extent possible, and to stay home as much as possible to reduce potential exposure of club individuals.”

“Right now, it is not by accident that things are going well,” winger Garnet Hathaway said. “The protocol that is set up is strict, but it is all for a reason. I would say we are all optimistic and right now we are trusting the guy next to us that they are doing the right thing away from the rink.”

With promising results around the league, the Capitals are also increasingly confident in their group. With every Zoom interview players have done since the start of training camp, the same variation of: “We came back to win” has echoed throughout MedStar Capitals Iceplex.

“Yeah, our mentality, everybody would probably say, ‘Take it a game at a time’, but we’re coming back to win,” winger Tom Wilson said. “We want to win. Every training camp, you guys ask all the questions and I’m like, ‘Let’s just fast forward to the important games at the end of the year. Those are the ones everyone wants to play.’ So I guess we got our wish. We’re fast forwarding and we’re right into the mix, so I think we’re excited about it.”

Based on the projected 20-man game rosters heading into the restart, the Capitals will roll into the playoffs with the oldest group of the 24 teams, per CapFriendly.com. The Columbus Blue Jackets will have the youngest group in the playoffs. The Capitals are used to having an older, more experienced group to work with, despite some of their younger pieces: 22-year-old backup goalie Ilya Samsonov, 23-year-old defenseman Jonas Siegenthaler and 24-year-old winger Jakub Vrana.

“A lot of people are talking about it’s all about having young guys that are always fresh and ready to go,” winger Carl Hagelin said. “But I think for us, we’re a veteran team with guys with a lot experience and I think when you come into a situation like this, you kind of build on what you’ve done in your career. Confidence is never going to be handed to you — you’ve got to create that yourself.”

The team will participate in a long intrasquad scrimmage on Friday, with a tentative start time of 4 p.m. The start time will simulate when the Capitals are expected to play the majority of their round-robin games while in Toronto and potentially other games in the postseason.