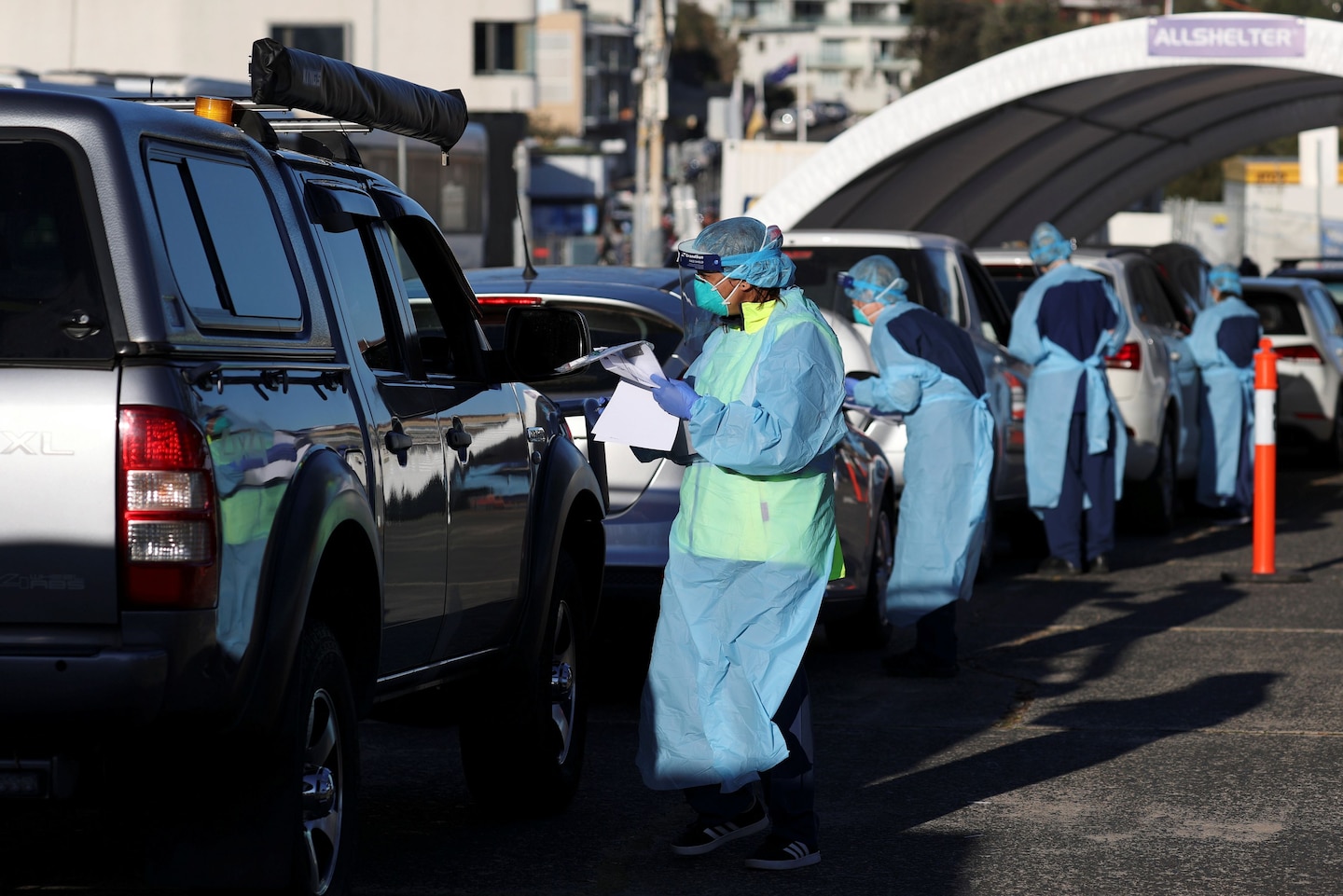 As of Wednesday, people are required to wear masks in public in Melbourne. If the numbers do not come under control, Victoria Premier Daniel Andrews warned Wednesday, the restrictive measures “will run for much longer than that.”

“That means people have felt unwell and just gone about their business,” he said at a news conference. “They have gone out shopping. They have gone to work. They have been at the height of their infectivity, and they have just continued on as usual.”

There is “no doubt,” Andrews said, that people not following the guidelines are contributing to the rapid growth in case numbers, adding that those who are worried about losing income if they self-isolate can apply for government assistance.

After an early period of apparent success at limiting the spread of the coronavirus, Australia is grappling with concerns that the infections in Melbourne could be a precursor to other outbreaks and disrupt the country’s efforts to restart its economy. Nearly a million people were unemployed in Australia as of June. Still, the country has fared far better than others, including the United States, where cases are surging.

Alan Tidwell, director of the Center for Australian, New Zealand and Pacific Studies at Georgetown University, said Australian Prime Minister Scott Morrison took a firm stance on pandemic management early on in the global crisis, setting him apart from leaders in the United States, where messaging has been inconsistent.

Morrison, a close ally of President Trump, probably felt extra pressure to take a firm stance on the pandemic in part, Tidwell said, because he had faced immense criticism this year for his handling of widespread bush fires in Australia, which wreaked havoc across many communities.

“I think without a doubt that Scott Morrison has acted in a way that is head and shoulders above what the president of the United States has done,” Tidwell said. “There is no doubt that Mr. Morrison has been listening to his public health officials and that he has been guided by the science.”

Some of the recent cases reported in Victoria were linked to a hotel where people entering the country from abroad were participating in mandatory quarantine, sparking concerns that lapses in protocol allowed a handful of people to spread the infection.

In late June, Victoria began mandating all returning travelers be tested for the virus after officials acknowledged around 30 percent of people declined the test and only participated in hotel quarantine. Now travelers will be tested on the third and 11th days of their mandatory quarantine period to ensure results can be used to help isolate people who tested positive before they enter the community.

Although the country’s worst outbreak is in Victoria, 16 cases were confirmed in New South Wales during the past day. State Premier Gladys Berejiklian said at a news conference that the rise in cases has some officials anxious about wider community spread, calling the next several weeks “critical” to controlling the virus.