D.C. United eliminated from MLS is Back Tournament with 1-0 loss to Montreal Impact 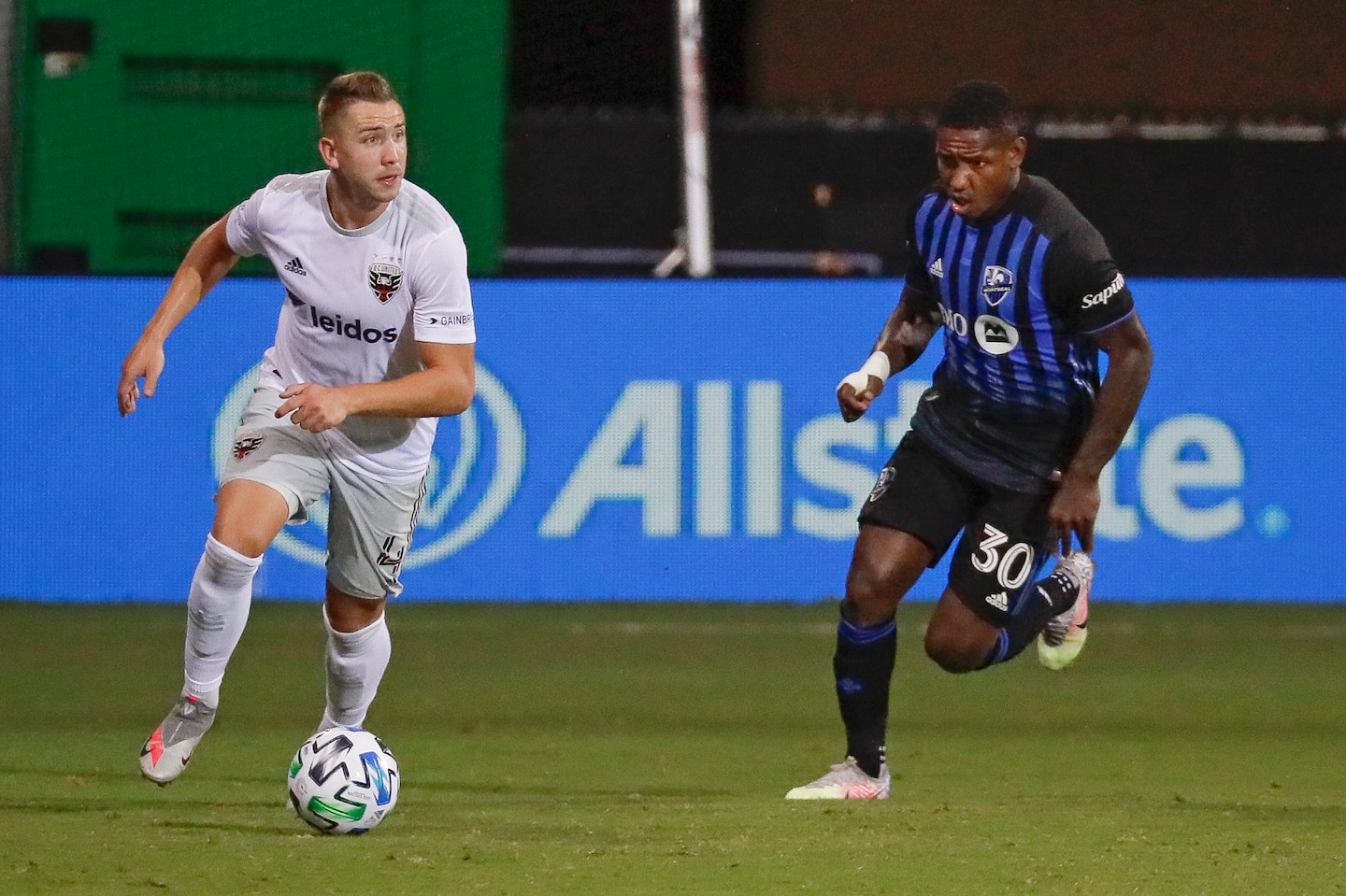 “We blew it,” captain Steven Birnbaum said. “We needed to win, and we lost. We’re not happy about it and we’re going home.”

Montreal (1-2-0) went ahead on a deflected shot in the first half and endured pressure for much of the second. Federico Higuain, D.C.’s Argentine veteran who had scored in each of his previous two second-half appearances, did not have an answer.

In the first two matches, United (0-1-2) mounted comebacks after intermission to salvage draws and remain in contention to win the group. This time, there was no late heroics, only profound disappointment.

Toronto FC and the New England Revolution (1-0-2 each) advanced to the round of 16, while Montreal will wait until group play ends Thursday to find out whether it’s one of the four best third-place teams.

With group matches counting toward the regular season, United fell to 1-2-2. In this tournament, it never led in any game.

Bounced from the tournament, United will await MLS’s plans for the rest of the year. The league is aiming to resume the regular season in home markets late this summer. However, the health crisis could sabotage those aspirations.

“We will wait for the league to see what’s next, whether it’s another tournament, whether it’s an Eastern-Western set-up [with] regional games. I am not exactly sure,” United Coach Ben Olsen said. “Right now, we will get back and get training and get better.”

Playing a third match in nine days and contending with injuries, Olsen made lineup adjustments. Ulises Segura, a natural midfielder, was the third different striker to start in this tournament. Ola Kamara, the starter in the opener, missed the second match with a quadriceps injury and his backup, Erik Sorga, wasn’t a factor.

Higuain is still working himself into shape after returning from ACL surgery last year and isn’t ready to start.

One of the many keys for United was starting better than in the first two matches; D.C. fell behind by two goals in the opener before recovering to earn a point against Toronto and did not impress in a scoreless first half against New England, a match that required another comeback to take one point.

United set the early terms, but Segura failed his first test, skying Julian Gressel’s cross from 14 yards in the sixth minute. As the half transpired, however, United faded.

United was predictable and lacked imagination.

Through 30 minutes, the only serious threat by either team was D.C. defender Frederic Brillant’s wayward clearance that almost resulted in an own goal. A moment later, another bad touch by Brillant cost United.

Saphir Taider ripped a 30-yard shot that goalkeeper Bill Hamid appeared well-positioned to stop without issue. With the ball en route, however, Brillant stuck out his right leg and inadvertently redirected it into the near corner in the 31st minute.

Taider was credited, but this was on United.

Martins dodged a red card in the 35th minute after a studs-up challenge against Victor Wanyama. Montreal Coach Thierry Henry appealed for an ejection, but curiously neither the referee nor the video assistant referee agreed.

United spent much of the remaining 10 minutes in its own end and, and for the fifth time in five regular season outings this year, failed to score before halftime.

“We did a better job starting the game and having a little more energy, instead of games past where we were pretty slow and didn’t have much possession,” Birnbaum said. “We had more possession today. I don’t think our movement off the ball was good enough. It was hard for us to create chances that way.”

Olsen turned to his bench seven minutes into the second half, replacing the quiet Gressel with Kevin Paredes, a 17-year-old homegrown attacker from South Riding, who was instrumental in the comeback against Toronto.

With United rediscovering its groove, Paredes had a wonderful chance to score, but Clement Diop made a terrific kick save on the seven-yard effort. A moment earlier, Diop used his legs to stop Segura’s threat.

Momentum flowed in United’s favor but without an equalizer.

Against the run of play, the Impact almost doubled the lead in the 68th minute when Maxi Urruti stabbed a 10-yard shot off the far post.

Olsen called on Higuain, as well as Kamara, in the 70th. Later, Fisher and Griffin Yow, 17, joined the effort.

Five minutes of stoppage time was not enough for an equalizer, and United slumped back to the MLS bubble to pack its bags.

“It was a journey and not a lot went our way, but we gave a pretty good performance overall and put ourselves in a position to win that game,” Olsen said. “Unfortunately, we just didn’t make any plays. We made one, unfortunately, for them. On the offensive end, we had plenty of looks. We just didn’t see out any plays. You’re not going to move on in a tournament if you can’t see out a play.”