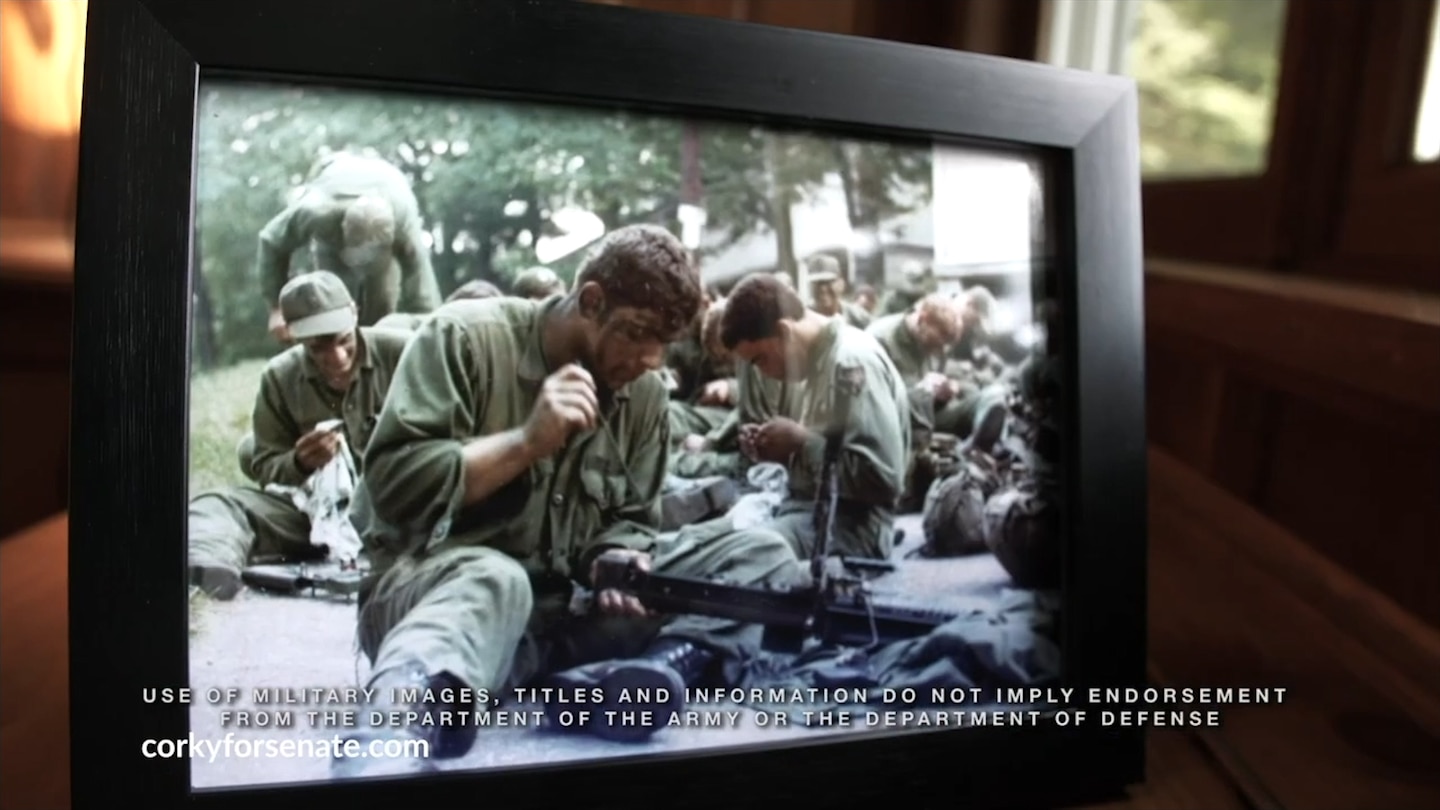 Earlier this month, we highlighted how the introductory ad for retired Brig. Gen. Don Bolduc, Messner’s opponent in the GOP primary, misled reporters in New Hampshire into writing he was a member of the famous “horse soldiers” depicted in a Hollywood movie. He was one of the first Special Forces officers in Afghanistan but not part of the 12-man team that rode horses to victory.

But Messner, who has been endorsed by President Trump, has his own problem with how he touts his military credentials. In his ads and on his website, he describes himself as an Army Ranger. That’s an elite unit within the military. As with Bolduc, the media has accepted the claim, describing him as “former Army Ranger Corky Messner.”

Confused? So were we. It took some time to get an official statement from the Army. But it turns out Bolduc has a case for a complaint.

Messner graduated from the U.S. Military Academy in 1979 and was commissioned in the regular Army as an aviation officer. He spent the majority of his career serving in the 160th Special Operations Aviation Regiment, retiring as a lieutenant colonel. He completed the Ranger course in the summer of 1977 — before he graduated at U.S. Military Academy, not afterward, as stated on the campaign website — and earned the right to wear the tab, but he was not part of the Ranger Regiment.

We posed the question to the Army, starting with the Ranger School at Fort Benning. We explained that a political candidate is running ads saying he is a former Army Ranger, but one of his rivals, also ex-Army, says he can’t be considered a Ranger. Our query was passed up the line until we received this statement from a U.S. Army Special Operations Command spokesperson:

The U.S. Army Ranger Course is the Army’s premier leadership school, and falls under Training and Doctrine Command, Fort Eustis, Virginia, and is open to all members of the military, regardless of whether they have served in the 75th Ranger Regiment or completed the Ranger Assessment and Selection Program. A graduate of the U.S. Army Ranger Course is Ranger qualified.

Translated, that means Messner cannot say he is an Army Ranger, only that he is “Ranger qualified.” Presumably he knew this, because we located a biography for Messner when he was guest speaker at a 2016 Memorial Day celebration in Florida — before he became a politician. Toward the end of a long description of his military background, the biography stated: “He also earned the Ranger tab and the Airborne and Air Assault badges.” He did not call himself an Army Ranger.

After we contacted the Messner campaign and shared the Army comment, we received a long statement from the candidate:

I served in the US Army until 1984, and during that service, there was never a question about graduates of Army Ranger School being Army Rangers. And during the 36 years since I left the Army, I was never questioned about referring to myself as an Army Ranger. That is, until a few months into my campaign for U.S. Senate.

When I was first asked about this, I was surprised that this was even a question. Nonetheless, I decided to conduct research and wanted to gather as much information as possible to accurately represent my military service. So I contacted the Army Ranger Hall of Fame, spoke to fellow members, and reached out to other Army Rangers. More recently, I received the attached response from the US Army Ranger Association.

Based upon the statements I have gathered and set forth below, it is clear that even recent retirees of the US Army, and a former commander of the Ranger Regiment, have views different than that of the statement you provided. As for the official statement you provided, one cannot expect to go through life adapting one’s proud military service to the ever-changing designations currently used by the US Army.

Attached were five statements from a collection of retired generals, colonels and the like saying that anyone who graduated from the Army Ranger course — like Messner — can call themselves an Army Ranger.

We sought further guidance on this issue from retired Army Col. David Fivecoat, who ran the Ranger School from 2014 to 2016. He acknowledged there was debate within the military about who could call themselves a Ranger.

“It’s all a very subtle, nuanced thing within the Army,” he said. “Should he say he was ‘Ranger-qualified’ in his ads? Probably. Maybe.” He noted that the Ranger community is very small, even those who earned the tab. He believed it would be more problematic if Messner specifically said he was part of the 75th Ranger Regiment — and we did not find evidence that is the case.

Messner is running against one of the first Special Forces officers in Afghanistan and retired at a lower rank. Calling himself an “Army Ranger” appears to be an effort to level the playing field.

Both men are Ranger-qualified. But Bolduc, with his five Bronze Stars and two Purple Hearts, has never felt the need to label himself an Army Ranger.

Messner’s phasing on his website is especially problematic: “Corky became an Army Ranger, serving abroad guarding the Berlin Wall during the Cold War.” That certainly suggests being in an elite unit, even if the 75th Regiment is not directly mentioned.

The difference between “Ranger qualified” and “Army Ranger” may seem subtle, and certainly Messner has Army colleagues who say there’s little difference. He passed a punishing course. But the Army says he’s not an Army Ranger, and that’s important for voters to understand. Messner earns Two Pinocchios.