How can the Washington NFL team’s internal review be independent? Legal experts weigh in. 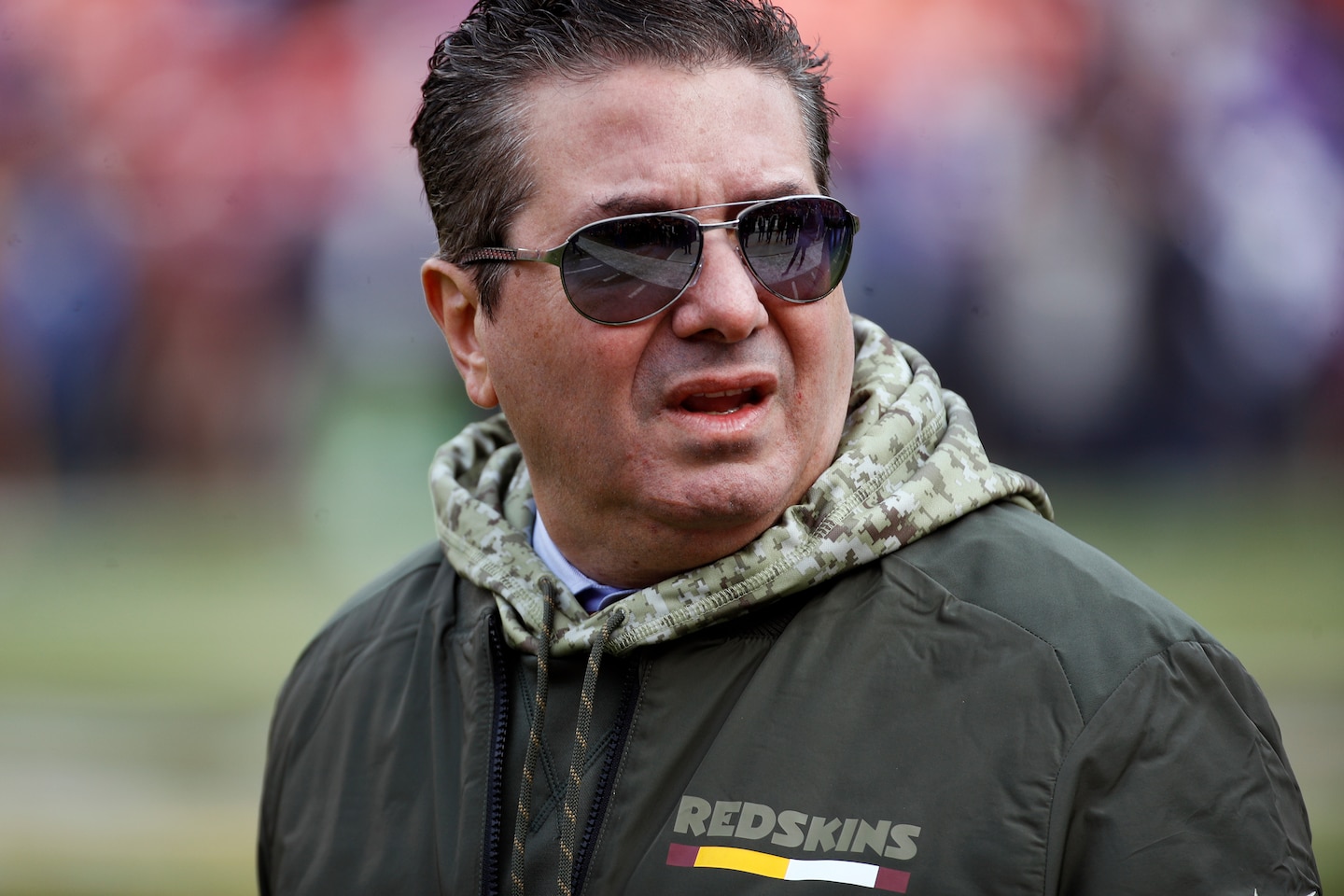 While the arrangement presents an apparent conflict, multiple lawyers familiar with this kind of work described safeguards that legitimize internal investigations and expressed confidence that a lawyer of Wilkinson’s stature would not have accepted the job without ensuring independence. And at the outset, at least, it seems Snyder will allow his franchise’s inner workings to be exposed.

According to a person familiar with the situation, Wilkinson’s investigation into Washington’s workplace culture will not be limited in its scope, and the resulting report would include misconduct committed by Snyder if any is uncovered.

Snyder has spoken directly with Wilkinson and given her assurances she will not be constrained, the person said. The investigation will include all forms of workplace misconduct — such as bullying, abusive actions and an employee’s inability to report inappropriate behavior — and not be restricted to sexual harassment. While Snyder was not directly accused of harassment, several of the former employees said he was responsible for the culture that allowed it to happen.

While there is no time frame in place, the investigation is expected to ramp up soon and probably will include interviews with dozens of former and current employees.

In a statement Friday, Snyder said Wilkinson and her firm will be “empowered to do a full, unbiased investigation and make any and all requisite recommendations.” Once Wilkinson files her report, Snyder said, the franchise will implement new policies and procedures.

Lawyers unaffiliated with the case pointed to Wilkinson’s stature, experience and financial stability as reasons to believe the investigation will be unbiased. Wilkinson started her career in the Army and prosecuted Timothy McVeigh for the government after the 1995 Oklahoma City bombing. She has represented huge corporations such as Philip Morris and Bayer. She has been involved in some of the most high-profile cases in Washington in recent years, representing Supreme Court Justice Brett M. Kavanaugh during his contentious confirmation hearing and four of Hillary Clinton’s aides in the wake of her email controversy.

“Somebody with Beth Wilkinson’s sterling reputation is not going to risk that by doing what others would consider a whitewash,” said attorney Geoffrey Garinther, chair of the litigation department at Venable LLP. “You don’t hire a Beth Wilkinson if you already know the answer you want.”

One of the constituencies Snyder must placate is a fan base growing ever more disenchanted with the franchise. If the public is not convinced of the investigation’s validity, legal experts said, Snyder will have placed himself in an even worse position.

“The whole point is to make changes,” said Lynn A. Neils, a partner at Baker Botts. “If it’s going to look like a whitewash, it’s going to blow back on them from a political standpoint. They should want to take every step to make sure this is done appropriately.”

Still, it is difficult to overcome appearances.

The most basic step to ensuring an unbiased investigation is in choosing a law firm. “It should be a truly independent firm who has never represented the company,” Kang said.

Wilkinson has never represented Washington, but she has worked for the NFL. Wilkinson’s firm represented the league in an antitrust lawsuit over its NFL Sunday Ticket package. While at the firm Paul Weiss, Wilkinson was part of the NFL’s defense team in a concussion lawsuit.

Another fundamental question: Who is Wilkinson reporting to? In a typical corporate internal investigation, Neils said, a committee of board members and independent auditors — people not in management and not connected to the everyday workplace — would form to oversee the investigation.

In Washington’s case, the franchise does not have a traditional corporate board and its minority owners are trying to sell their stakes. While Wilkinson will be reporting to Snyder, the NFL will effectively serve the role of independent bulwark. Wilkinson’s team will share findings with the NFL’s investigations department, which is led by Senior Vice President Lisa Friel, two people familiar with the investigation said.

The NFL’s involvement raises another question: Why didn’t it choose and hire the lawyer presiding over the investigation as it did after former Carolina Panthers owner Jerry Richardson was accused of sexual harassment in December 2017?

The NFL drew a distinction between Carolina’s case and Washington’s, according to a person familiar with the league’s thinking. Snyder, unlike Richardson, does not stand accused of personally committing misconduct. In the NFL’s mind, an owner can’t investigate himself, but he can investigate his own franchise. The league also wants to force teams accused of misbehavior to pay their own legal fees as a deterrent to creating a toxic workplace culture, another person with knowledge of the league’s thinking said.

One issue will be how the investigation can handle nondisclosure agreements. Multiple women told The Post they were afraid to talk about their experiences working for the franchise or believed they legally could not because they signed NDAs upon leaving the organization. When The Post requested for those women to be released from the NDAs, the team declined.

“Nice words which mean nothing if Snyder will not let the women out of their NDAs,” prominent Washington attorney Debra Katz wrote on Twitter in reaction to Snyder’s statement about changing his franchise’s culture. “There is no accountability without full transparency. After the Weinstein company let women out of their NDAs they came out in droves to tell their stories.”

It is not known how Washington will treat NDAs in the investigation, but both outside legal experts and people familiar with the situation believe it will not be a hurdle for Wilkinson. Because Wilkinson Walsh has been retained by the team, it could eliminate roadblocks for investigators. Some nondisclosure agreements include clauses allowing signees to speak freely with internal investigators.

If Washington’s NDAs do not include such language and the team opts against releasing employees from NDAs, then Snyder would effectively be breaking his vow not to limit the investigation. It would indicate “it’s more of a public show they’re putting on, to say, ‘we have done [an investigation],’ but they’re not really interested in getting to the bottom of it,” Kang said.

One unaffiliated lawyer expressed doubt Wilkinson would have taken the case without certainty NDAs wouldn’t be an impediment for her team.

If Wilkinson is given the latitude promised her, Snyder’s inclusion in her final report would be a possibility. If done properly, corporate leaders are not immune to findings. While Snyder has not been accused, his role in setting culture will be examined.

“It would not be unusual for an organization that hires a firm to do an independent investigation to hear criticism about the tone set at the top of the organization,” Garinther said.

It is unclear what information will be made publicly available once Wilkinson completes her work and makes her recommendations. But that, ultimately, may be the decisive factor of how seriously Snyder takes the allegations made by former employees. Until then, questions will remain.

Wilkinson’s image in the legal industry is “stellar,” Neils said. “Her reputation of high integrity means they were smart to retain her. But she’s going to investigate this fully and make the appropriate recommendations. At the end of the day, it’s not her decision about whether to make the information public.

“Is a report going to come out, and how much is disclosed? What remedial measures are they going to take? What personnel action is going to be taken? Suspensions? Reassignments? Structural reform? Changes to internal processes? All of those question need to be addressed. How did this go on for so long?”

Mark Maske contributed to this report.