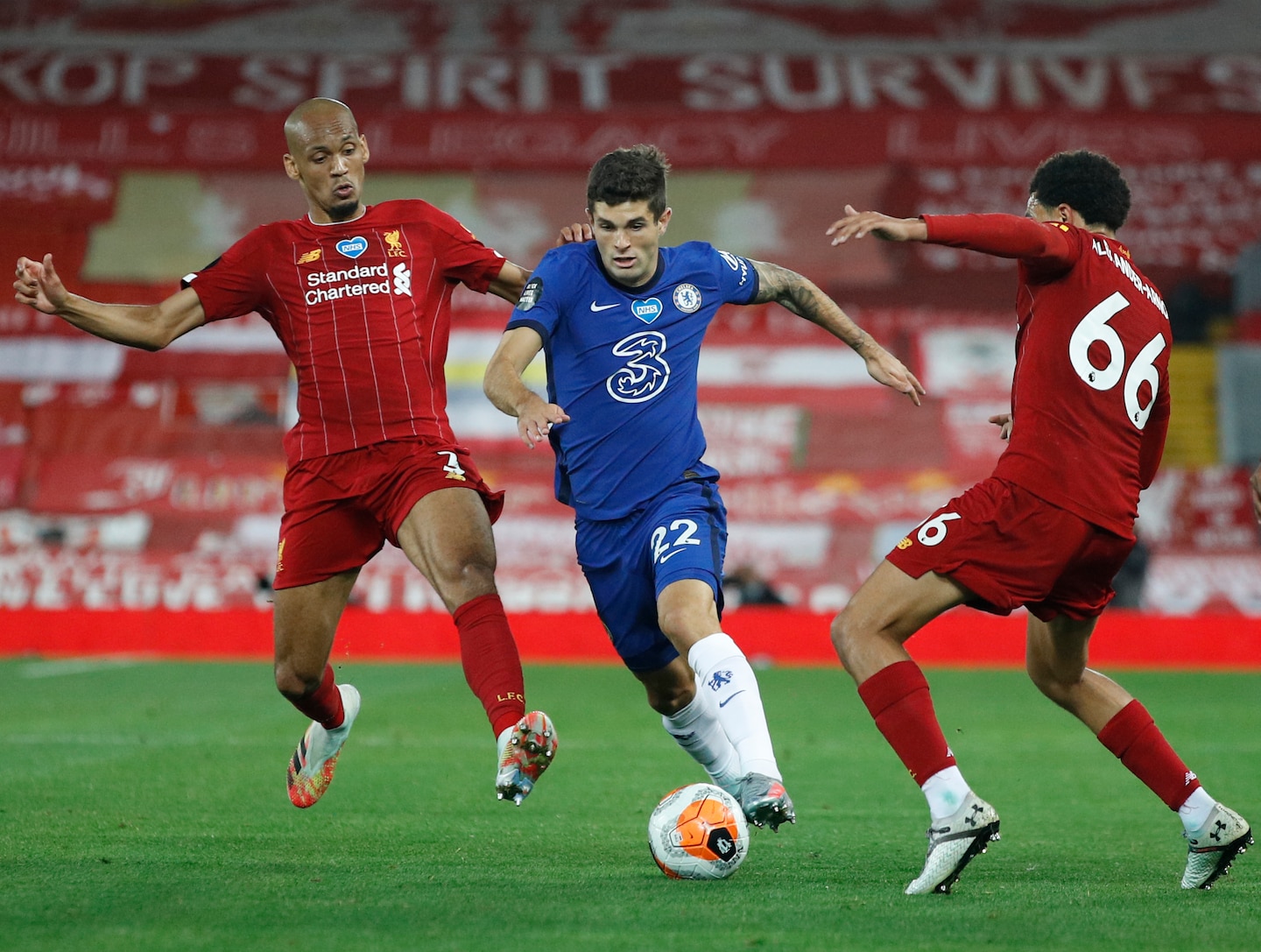 “I thought the momentum was really changing,” Pulisic said. “I thought we had them.”

However, Alex Oxlade-Chamberlain scored on an 84th-minute counterattack to seal Liverpool’s 31st victory in 37 matches.

Pulisic’s goal was the ninth of his debut season with Chelsea after a $73 million transfer from Germany’s Borussia Dortmund last summer. It was his fourth goal since the league restarted last month. He has played a part in nine of Chelsea’s past 14 league goals, either by scoring, assisting or drawing a penalty kick or foul.

With the season ending Sunday, the Blues sit fourth (based on goal differential), one point ahead of Leicester City, for the final berth in the 2020-21 UEFA Champions League. Chelsea (63 points) will close at home against sixth-place Wolverhampton, while Leicester (62) will finish at home against third-place Manchester United (63). Chelsea can clinch a Champions League berth with at least a draw.

Liverpool (96 points) ran away in winning its first top-flight title since 1990. Manchester City (78) will finish second.

“It’s still in our hands,” Pulisic said of the Champions League berth. “If we win, we qualify. That’s the goal.”

After the Premier League finishes, Chelsea will battle London rival Arsenal on Aug. 1 in the FA Cup final at Wembley, then host Bayern Munich on Aug. 8 in the second leg of a Champions League round-of-16 clash. (Bayern won the first leg, 3-0, before the pandemic shutdown.)

On the final day of the English Championship’s regular season Wednesday, U.S. defender Tim Ream and Fulham fell short of automatic promotion to the Premier League, finishing fourth for a place in a four-team playoff for the third (and final) ticket to the top flight.

Ream played 90 minutes in a 1-1 draw at Wigan, and Fulham finished with 81 points. Leeds (93) and West Brom (83) earned promotion, while third-place Brentford (81, superior goal differential vs. Fulham) will join Fulham, Cardiff City and Swansea City in the playoffs.

In the two-leg semifinals, Fulham will face Cardiff City and Brentford will play Swansea City, whose ownership group is led by D.C. United’s Jason Levien and Steve Kaplan. The final is Aug. 4 at Wembley.

Wigan, which features U.S. defender Antonee Robinson, was relegated to League One. The club was mid-table in earned points but carried a 12-point penalty for entering financial administration. Hull City and Charlton Athletic also were relegated.