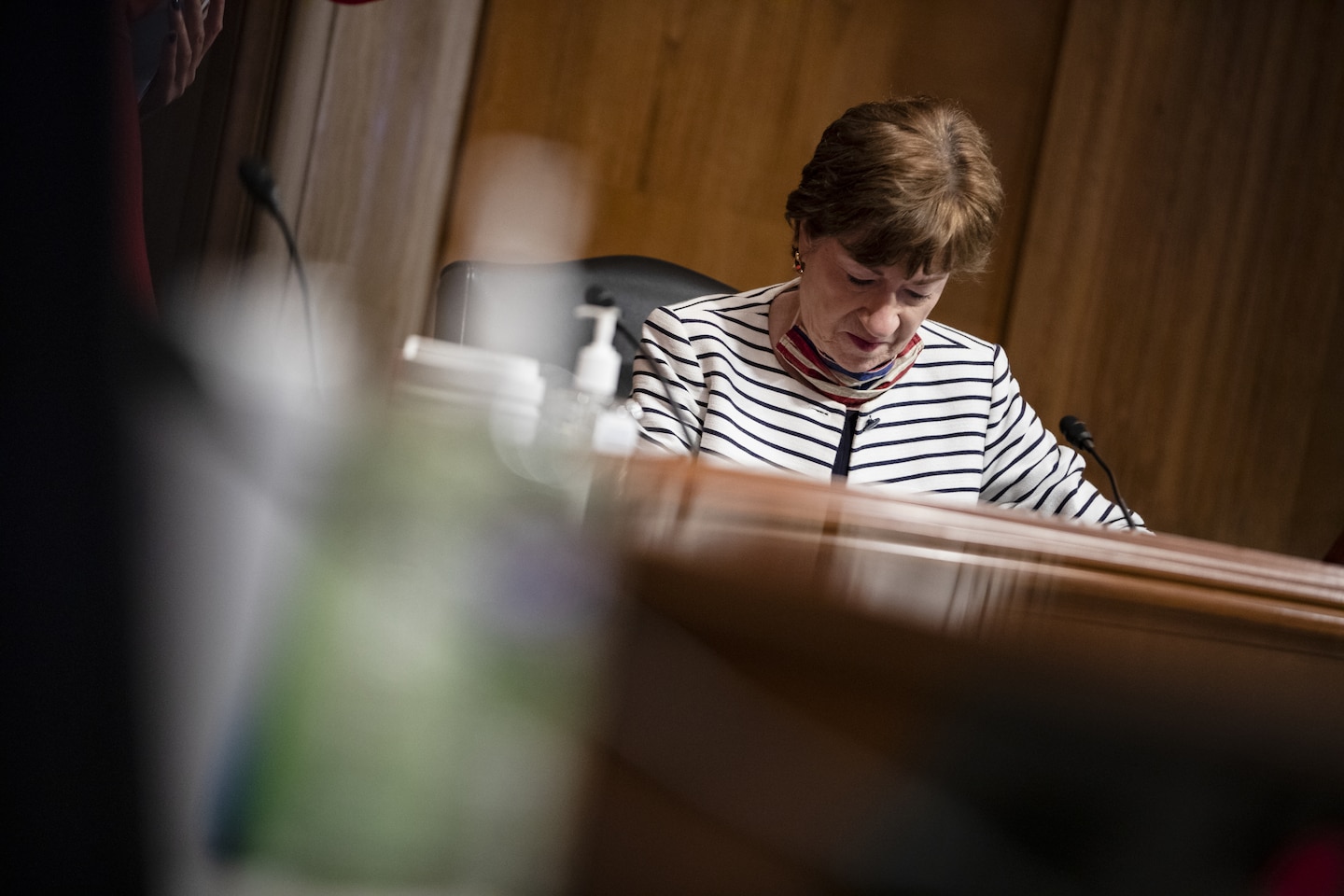 By contrast, Sen. Cory Gardner in Colorado is probably the Senate Republican most in danger of losing his seat, and he supports Trump for election. (Though he’d rather not talk about the president in his race or in ads.) Sens. Martha McSally in Arizona and Thom Tillis in North Carolina, also in difficult races, have stuck by Trump.

Collins is charting a new course for how to navigate that. We’ll get to watch in November to see which, if any, was successful for these Republicans: Sticking with Trump or (kinda) not.

Collins’s strategy is a risky one even for someone like her who has spent decades building an independent brand, and she seems to know it. She offered tortured logic to explain her position to reporters: Essentially, she’s up for reelection, so therefore she won’t take a side. (In 2016 when she wasn’t on the ballot, she actively opposed Trump and didn’t vote for him.)

“I’m focused on my job and also on my own campaign, and I’m just not going to get involved in presidential politics,” Collins said in March when she wouldn’t say whom she voted for in Maine’s Republican presidential primary, previewing her stance now in the general election.

“As I said, I have a difficult race,” Collins told CNN on Tuesday. “And I am concentrating my efforts on that race.”

Senators up for reelection support their party’s leaders all the time. (See examples from above.) Collins herself forcefully backed the late senator John McCain’s 2008 presidential campaign when she was on the ballot with him. There’s nothing wrong with that, and it often helps them get voters out to the polls. These days, the vast majority of people who vote for a Republican presidential candidate will also vote for a Republican Senate candidate on the ballot, and vice versa for Democrats.

Collins’s logic is reminiscent of another New England Republican, former senator Kelly Ayotte (N.H.), who was running for reelection in 2016 and said she supported but wouldn’t endorse Trump. Ayotte lost her tight race.

But maybe Collins is being more honest than she’s letting on. The fact that she’s up for reelection is the reason she won’t support Trump or say whom she’ll vote for. Either side is a no-win scenario. Maine is not a state expected to be contested a the presidential level (it voted for Hillary Clinton in 2016). But there is still a strong contingent of Republicans in her state who are Trump supporters. This is the same state that elected a Trump-like governor in Paul LePage.

Maine also has its share of independents who lean Democratic. Plus, this time, the opposition is focused on unseating Collins after more than 20 years.

Inspired by Collins’s vote to put Brett M. Kavanaugh on the Supreme Court in 2018, Democrats across the nation donated millions of dollars to her opponent without even knowing who that person would be. Democrats then recruited their strongest candidate yet to take on Collins in Maine House Speaker Sarah Gideon. Gideon has consistently outraised Collins and is at least giving Collins her toughest race yet. The Maine U.S. Senate race is on The Fix’s list of races most likely to flip parties in November.

Even if Collins were to fully ditch Trump, it probably wouldn’t be that politically fruitful for her. She would lose a number of Republican voters, and it’s unlikely she would gain an equivalent amount of undecided voters or Gideon supporters in return. Democrats have spent the past year trying to cast Collins as an ineffective independent voice in the Republican Party. Even though Collins helped vote down Trump’s attempt to repeal the Affordable Care Act, they cite her votes for Trump’s tax bill, his two Supreme Court nominees and for acquitting Trump in his impeachment trial.

That reinforces that there is no political home for Senate Republicans who want to ditch Trump and stay in office.

Collins knows that. But still her strategy is unique among 2020 GOP senate candidates, which means it’s worth watching to see how it turns out.