This MLB season will be weird and not without risk. I can’t wait. 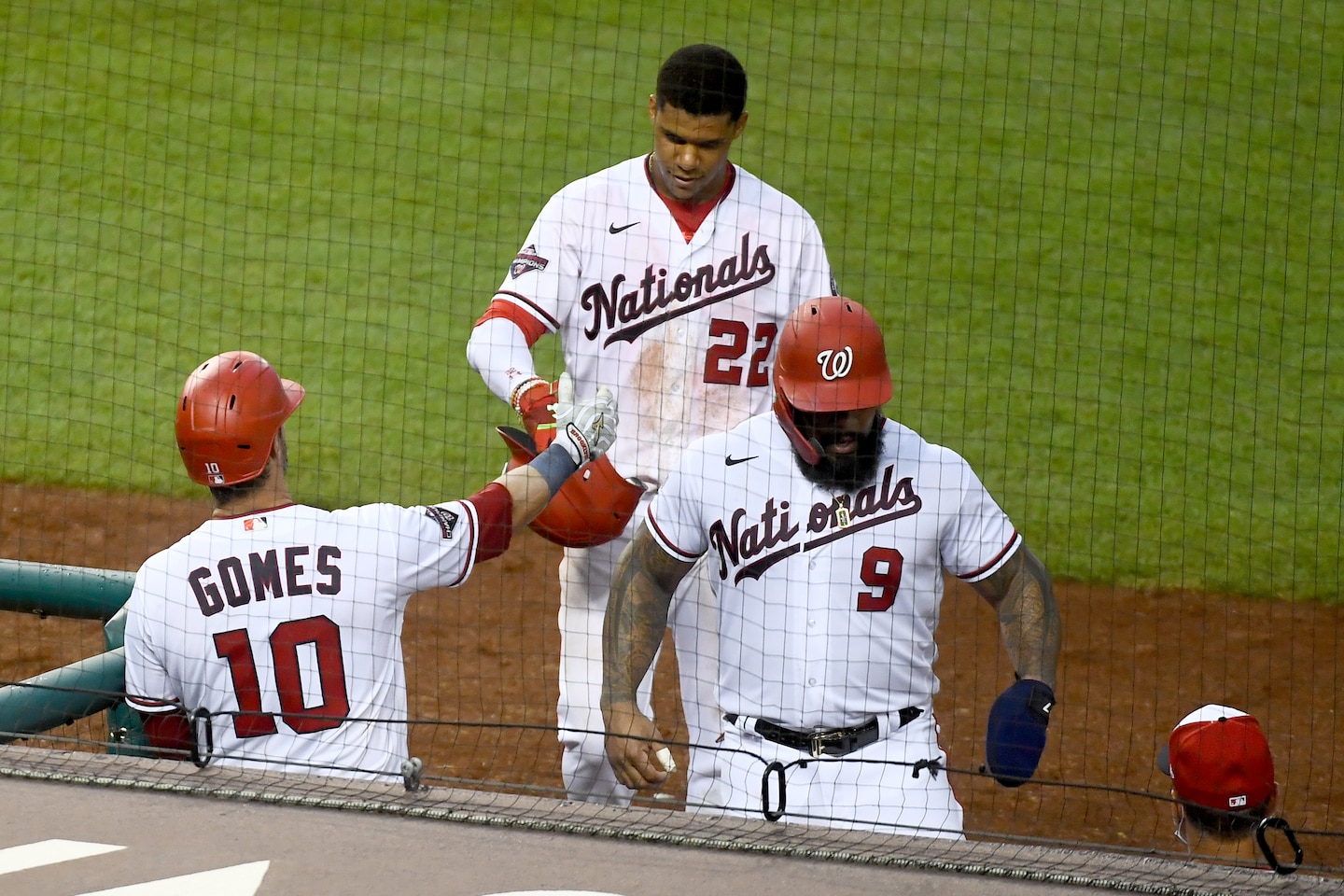 The stands were empty. Fake crowd noise was pumped in. To social distance, many players sat in seats in the stands. If there is a 10th inning, each team starts its half-inning with a runner on second base — to add “action” or dumb hype.

Everyone, even Earl Weaver’s ghost, must argue while six feet apart. After a beanball, you act as if it never happened because brawling is unthinkable. You can’t even spit. I feared a denatured farce.

For more than 130 days, I have watched few sports except some PGA Tour golf. To my surprise — and with some sadness — I didn’t miss my games much at all. At least that’s what I thought. Talk about a guy in denial.

Those two dopey exhibitions, with managers inventing rules such as “Hey, I would like this guy to hit next. Is that okay with your team?” were absolutely wonderful. I was hooked. It wasn’t “like” baseball. It was baseball. I was almost joyous.

At least in my head, it was a playoff atmosphere. I couldn’t get enough. I didn’t fast-forward between pitches or mute announcers. I just soaked in live sports. Man, did I need it. I had no idea how much.

Has anyone ever been so happy to get a lame 60-game season in 66 days, followed by a normal four-tiered MLB postseason? For three hours a day, starting Thursday night when the Nationals’ Max Scherzer faces the New York Yankees’ Gerrit Cole at Nationals Park, I can think about Something Else.

If MLB stays virus-lucky, the World Series may end a week before the election — and my head may not explode listening to two parties fight for months over the seven U.S. voters who are still undecided.

Here’s what I know already — because the center field camera doesn’t know there’s a pandemic and it doesn’t lie: The Nats’ huge bullpen weakness may be largely remedied. That alone would keep them top contenders.

Daniel Hudson spotted 95-mph fastballs and cutters, plus a sharp slider. It was close to his World Series stuff, even in an empty park in a zilch game. New free agent Will Harris looks just like he did with the Houston Astros: first-rate. Big-armed Tanner Rainey showed control and may be an eventual closer somewhere.

Erick Fedde’s two strong innings to earn the save Monday showed he may be suited to the new rule that every reliever must face at least three batters unless he finishes the inning first. Ex-starters such as Fedde who can be maximized by going through a lineup once — reducing bullpen workload — may be the next vogue.

Wander Suero, only recently in camp, and Sean Doolittle, whose fastball topped at 89, might take longer to evaluate. But that’s six potentially good relievers for a team that, at some points, had only one last year.

Oh, excuse me, did I start talking about baseball? I almost forgot that was allowed.

Stephen Strasburg and Patrick Corbin had their normal electric stuff, which should tick up in real games. Howie Kendrick ripped two doubles to right-center field and a 420-foot homer to left. In a 162-game season, he is a platoon player to preserve his body. In a 60-game season, if he hits as he has the past three years, he may be one of the better mid-order hitters in MLB while starting 80 percent of the time at first base or DH. Juan Soto slashed doubles — to left and right — and never swung at a pitch that wasn’t a strike in eight plate appearances.

In this new sabermetric world in which the No. 3 spot in the order is important but supposedly not as vital as Nos. 2, 4, 5 and 1 (in that order), free agent Starlin Castro might be pleasantly adequate at supplanting, if not exactly equaling, departed Anthony Rendon. Castro, a career .280 hitter who had 22 homers and 86 RBI with Miami last season, even has an upside: He went all open-stance, lift-and-pull after July 4 last year and crushed.

I don’t even care if these analyses are correct. It’s just the delight that millions of us will feel now that we get to watch and talk the game again.

This has all been a shock to me, something you don’t expect after a lifetime covering MLB. I have been suffering from coronavirus malaise — not the virus but the psychological condition. Will baseball be my Remdesivir?

My wife and I went on our summer vacation recently: We sat in our car in the CVS Pharmacy pickup line for 15 minutes. That has been our big trip. Since MLB canceled spring training in mid-March, I have had more eye surgeries (two) than dinners with another couple (one). Even for a septuagenarian lucky to be healthy and have a job, that grind mugs your psyche.

I was so bored, I read 500 pages of “Moby Dick,” then said, “The hell with it,” and quit just as the whale showed up. I take fewer walks than Castro, and he never walks.

Now my spirits are buoyed despite seeing the United States combat a plague with all the trust in science of medieval Europeans fighting the Black Death by rubbing chopped-up snakes on boils or drinking arsenic.

Under the weight of various forms of national suffering, everything that is bad starts to seem awful. Finding balance in your judgments gets harder. We wonder: Is pro sports just too risky? Why should athletes and those around them risk their health — why should we even invest emotionally — just for the sake of goofy mini-seasons (MLB) or interrupted ones (NBA and NHL).

But sometimes you never know what you really feel until you see the thing itself. MLB’s virus-infection rate, among 2,200 people involved with the reopening, has been low. Even if you canceled the season, risk wouldn’t go to zero.

Also, every team in every sport will use much more testing capacity than a similar number of citizens. Decide whether that makes you mad. I think it’s one of a vast number of compromises between shut-it-all-down safety and who-cares reopening. As someone who said “Cancel” on Monday and “Whoopie” now, I’m conflicted.

If you want to worry about someone, forget the players. They can opt out and with no hard feelings; once beloved San Francisco Giants catcher Buster Posey does it, anyone else has cover. Save our crossed fingers for trainers, cameramen and families.

All the deciding has been done. And those in MLB who made those calls will have to live with them.

For us, it’s simpler. No one asked us.

Turn on the TV. Maybe you’re expecting to hate this tricked-up, empty-park baseball.