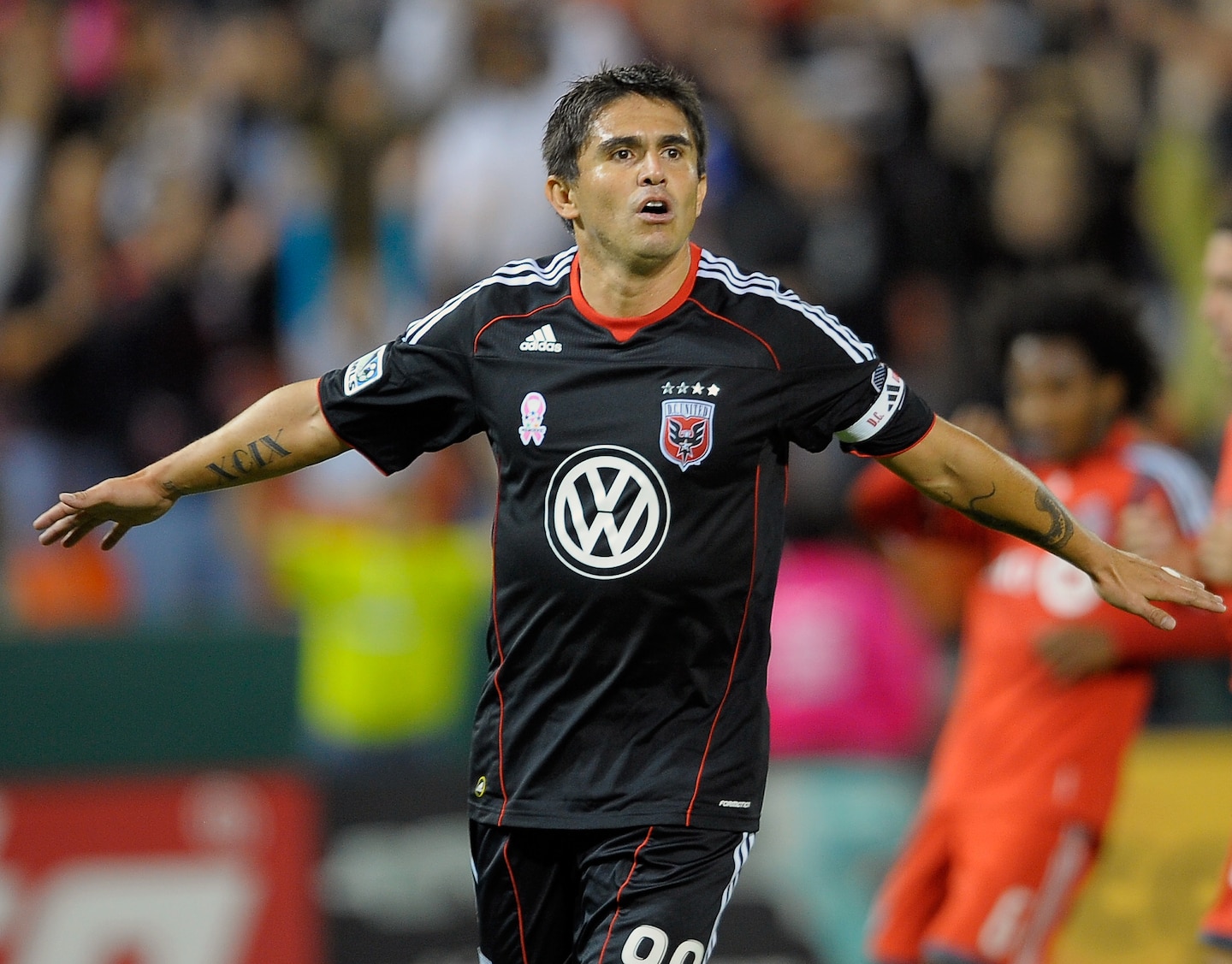 He hit it hard, and the next thing he remembered, blood was pouring from his left eye. The ball had apparently caromed off the edge of the path and, in a flash, smashed into his face, causing serious damage to his eyeball, breaking his nose and causing orbital injuries.

He underwent surgery on the eyeball that night. Another operation in the near future is likely. Doctors, he said, fear he will not regain sight in the eye.

“When I spoke to them after surgery, they said there was a possibility I could lose my eye,” Moreno said. “We won’t know until my eye is completely open, and then we’ll see if I can get my vision back. It could take a couple months.”

To compounds matters, Moreno said he does not have health insurance. A longtime friend, Oscar Zambrana, founder of United supporters’ group Barra Brava, created a GoFundMe campaign that, as of Friday night, had raised more than $27,000.

“A lot of us go through bad times sometimes, and sadly he is going through that right now,” said Zambrana, a native of Bolivia. “Jaime has been very loved by the community, the supporters’ groups, the fans. As a friend, he was always there for us. He is family.”

Moreno, 46, was hospitalized one night and is being cared for by his daughter, Laura, one of his five children, at her home in Ashburn, Va.

Calls and messages have arrived from all over the Americas — from former United teammates, MLS friends, local soccer figures and the Bolivian community. Moreno has called Northern Virginia home since his arrival from English club Middlesbrough in summer 1996.

“It makes you feel better knowing a lot of people care about you,” he said. “Still, there is nothing I can do. I am hoping for the best. I am really thankful for these people that they’ve done all of this for me. It’s a tough time.”

Moreno, an elegant and ruthless forward, retired after the 2010 season as United’s all-time leader in regular season goals (131), assists (102) and matches played (329). He spent all but one season of his 15-year MLS career in Washington (New York/New Jersey MetroStars, 2003).

He and Landon Donovan are the only players in league history to amass more than 100 career goals and assists. Moreno was a seven-time all-star and four-time selection to the league’s Best XI squad. In 2018, Moreno was inducted into the D.C. Sports Hall of Fame.

Since retirement, he has had stints coaching United’s youth academy and under-23 squad. From January 2018 until last summer, he was McLean Youth Soccer’s player development adviser. “Jaime was absolutely fantastic,” said Keith Tabatznik, the organization’s former director of soccer.

The position, however, was discontinued. Moreno also has worked in real estate. He said he was looking for work early this year when the pandemic shut down the economy.

Over the years, he has fine-tuned his golf game. United teammates marveled at his skill set.

He is a regular at 1757, a club near Dulles International Airport. During the pandemic, he said, he had played almost every day.

He was golfing with a group of friends when the accident occurred.

“The ball was close to the path, and I should’ve dropped it,” Moreno said. “I just hit it quickly, and then I realized I was bleeding. It’s something hard to believe happened.”

He was rushed to an urgent care center, then to Inova Fairfax Hospital. He expects months of recovery. He will see a specialist again next week.

“In seconds, your life can change dramatically,” Moreno said. “I have a lot of prayers. That is the only thing I have now. ”