In nearly every swing state at this point, Biden is outperforming Obama and Clinton 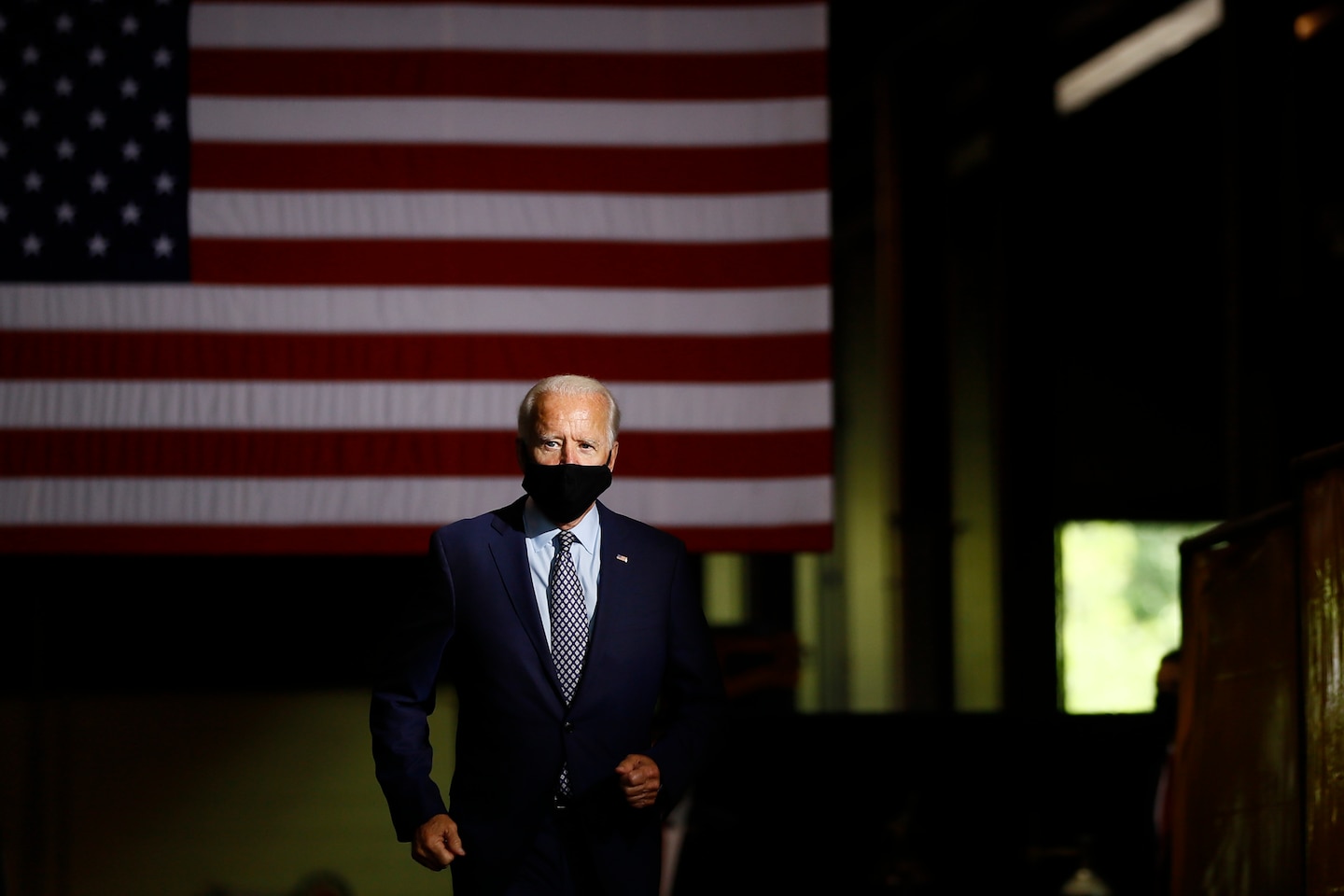 It seems as though Trump is claiming that, since his speech at Mount Rushmore on July 3, the polls have turned against him — a function, he says, of their being fake. The media, he says, is making up fake polls because — it’s mad? It’s trying to suppress the vote, since voters apparently decided to vote or not depending on what polls four months before the election say? It’s not clear. Beyond the through line, of course: The polls aren’t great and that’s because of an unidentified conspiracy and that’s that.

Hannity, being a good friend, didn’t press him on it.

Trump isn’t wrong that over the past few weeks the polls haven’t been great for him and his candidacy. On Thursday, Hannity’s network, Fox News, released new polls looking at key swing states.

In Michigan, Trump trails his likely opponent, former vice president Joe Biden, by nine points. In Minnesota, Biden’s up 13. In Pennsylvania, Biden is up 11.

Hannity didn’t raise the sensitive subject of his employer’s polling, being a good friend and all.

But those numbers are hard to reconcile with Trump’s presentation of what’s happening. Fox News clearly isn’t trying to suppress its viewers, and those numbers aren’t in the margin-of-error range that we saw in states in 2016. Yes, Trump narrowly won Michigan when Hillary Clinton was narrowly expected to win four years ago, but she didn’t come into Election Day leading him by nine points.

While Trump and his allies have consistently raised his unexpected victory in 2016 as a reason to dismiss what the polls say, highlighting national polling pointing to a Clinton win in particular, 2020 doesn’t look like 2016 at this point. Biden’s not only outperforming where Clinton was at the end of the election and relative to where she was at the same point in the race — he’s also outperforming where Barack Obama was nationally and in key swing states in 2008 and 2012.

Using data from RealClearPolitics, we pulled polling averages for 10 states and nationally to compare the 2020 race as it stands with the past four presidential contests. Biden’s doing better than previous Democratic candidates were at this point in the past three contests in Arizona, Florida, Georgia, Michigan, Pennsylvania, Texas and Wisconsin. In Nevada, New Hampshire and North Carolina, he has leads.

(There hasn’t been enough polling in Minnesota to generate an average.)

There is, of course, a lot of variability in the polling average historically. At the same point in 2016, relative to Election Day, Trump had just finished his convention, giving him a bump in the polls. That’s yet to happen for him this year — assuming that convention bumps happen as they normally do in the middle of a pandemic with abnormal conventions.

If Biden won every swing state that he leads in the RealClearPolitics average, he would lock up about 350 electoral votes, nearly twice what Trump would earn. This assumes wins in close states such as Arizona, Ohio and North Carolina, mind you, but it also assumes he loses states such as Georgia and Texas.

If we compare how Obama and Clinton were faring with Biden in these same states relative to the national polling at the same time, we get an interesting look at how the current race differs from past ones.

In traditionally red states such as Arizona and Texas, Biden’s faring better relative to the national picture than were Obama and Clinton. (The black line indicates the 2020 margin is generally lower than the red and blue lines representing 2008, 2012 and 2016.) In the blue states Trump picked up in 2016, Biden is faring worse than Obama and Clinton did. (The black line is generally higher than the other lines.)

This is the shift driving national politics at the moment: Densely white, blue-collar states in the Rust Belt are trending more Republican, while, thanks in large part to migration trends, states such as Arizona and Texas are trending more Democratic.

But that the margin in Michigan is more Republican relative to the national picture at the moment than in prior contests obscures the more important point: Biden’s broad national lead makes that less important in terms of winning the state. He’s faring well in the Rust Belt even though the Rust Belt is less heavily Democratic than in past years.

We’ve reached the point where it’s necessary to point out how things change over time, an eternal caveat that takes on new relevance in the what’ll-happen-next year of 2020.

It’s also the case, though, that the national picture has remained fairly stable for the past few weeks, with a three-point spread in the national margin over the past 45 days or so. In 2016, there was a nearly eight-point spread (in part thanks to the GOP convention), and in 2008, the spread was about five points. If things stay relatively static, well, then the picture won’t change that much, by definition.

In short, Trump’s position is wobblier than it was four years ago. It’s wobblier than Mitt Romney’s was in 2012 and even than John McCain’s was in 2008. There are a lot of reasons worth exploring in detailed conversations with the president.

If only he had a friend willing to help him explore them!

The final results in Wisconsin were incorrectly rendered due to a design error.