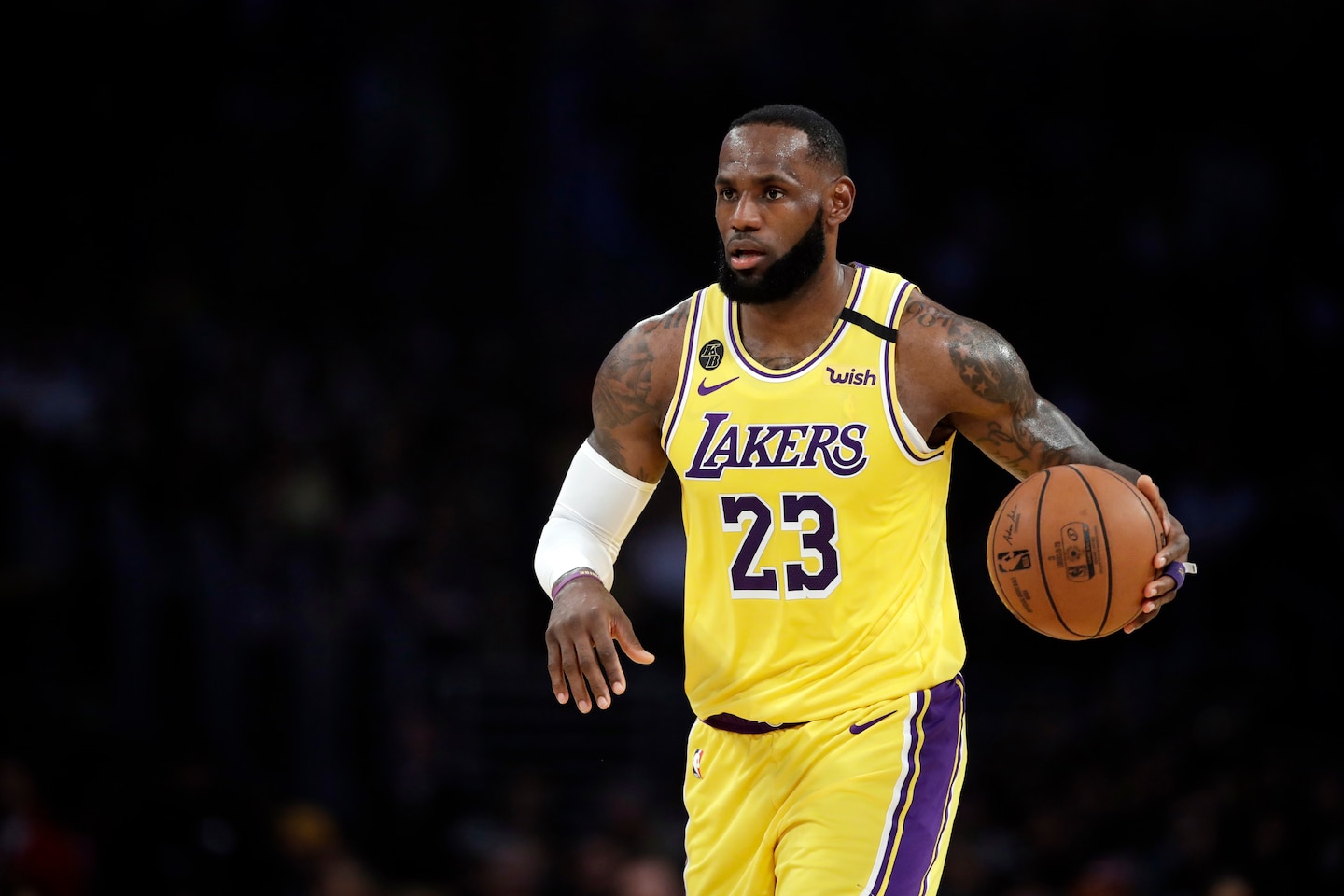 The Los Angeles Lakers forward, basketball’s biggest star and long one of the most vocal activists among professional athletes, addressed the subjects following a 108-104 loss to the Dallas Mavericks in a scrimmage at the Visa Center.

“We want the cops arrested who committed that crime,” James said. “As one of the leaders of this league, I want her family to know and the state of Kentucky to know that we feel for her and we want justice. That’s what it’s all about. What’s right is right and what’s wrong is wrong. This is a wrong situation that’s going on in my eyes.”

James joined a number of his fellow NBA players in responding to media questions about the NBA’s restart by showing support for Taylor’s family. After players expressed concerns that basketball’s return to play might distract from social justice protests sparked by George Floyd’s death while in Minneapolis police custody, Los Angeles Clippers forward Paul George and Philadelphia 76ers forward Tobias Harris are among the many prominent players who have repeatedly expressed support for Taylor’s family.

“The cops weren’t even at the right place,” James continued, noting that Taylor’s death was the “number one” social justice issue among players. “They just knocked down the wrong door and started doing what they do at that point in time, and that’s just shooting away. That’s just not okay.”

While James has previously advocated on behalf of the families of Trayvon Martin and Eric Garner, among others, he invoked the 1992 beating of Rodney King by members of the Los Angeles Police Department, and said that it has been especially “heartbreaking” to track the recent deaths of Floyd and Taylor. Other acts of alleged bias and harassment by police officers have caught James’s attention, including a video he said he watched earlier Tuesday of a black man being arrested while buying a bicycle for his son.

“We’ve been going through a lot,” he said. “You guys don’t understand unless you’re a person of color. I understand you might feel for us, but you can never really, truly understand what it is to be black in America. … In 2016, Barack [Obama] was our President. We know what’s going on now. Is that progress? I think we can all sit here and say that’s not progress. The conversations that are being had right now, how many people are really listening, I think that’s progress. We’ve got a long way to go.”

As part of the eventual agreement governing the NBA’s restart, the league added a “Black Lives Matter” decal to the playing courts and allowed players to wear advocacy messages, including Black Lives Matter, in place of their last names on the back of their jerseys. The agreement also called for increasing black representation in the coaching and front office ranks, adding partnerships between teams and local black-owned businesses, and created a foundation to fund education and business opportunities for black communities.

James argued Thursday that Black Lives Matter shouldn’t be viewed as a social justice movement but as a reflection of the inherent challenges facing the black community, including racial profiling.

“A lot of people talk about [how] Black Lives Matter is a movement,” he said. “It’s not a movement. When you’re black, it’s not a movement. It’s a lifestyle. This is a walk of life. When you wake up and you’re black, that’s what it is. This is who we are. We understand that. We know that for one step that someone [else] might have to take or one yard someone else might have to take, we know we’ve got to take five more steps or 10 more yards. That’s what makes us as strong, powerful and unique and unified. … Unfortunately in American society, there ain’t been no damn movement for us.”

Earlier this week, James saluted Rep. John Lewis (D-Ga.), who died last week, saying that he learned from the civil rights leader’s example that he should “never be afraid of conflict, good conflict, positive conflict that can create change. He said that he hoped the NBA’s restart would help other players feel comfortable speaking out on racial justice issues.

“Speaking out is who I am and what I stand for,” James said. “I’ve got three black kids at home. My black wife is at home. My mother is black. I come from a single-parent household. I didn’t need the bubble to speak about what I’m about, that’s who I am.”

James finished with 12 points, three rebounds and five assists in 15 minutes during the scrimmage against the Mavericks, which was his first game action since the NBA indefinitely suspended its season in March because of the novel coronavirus pandemic. The Lakers will resume regular season play July 30 against the Clippers.