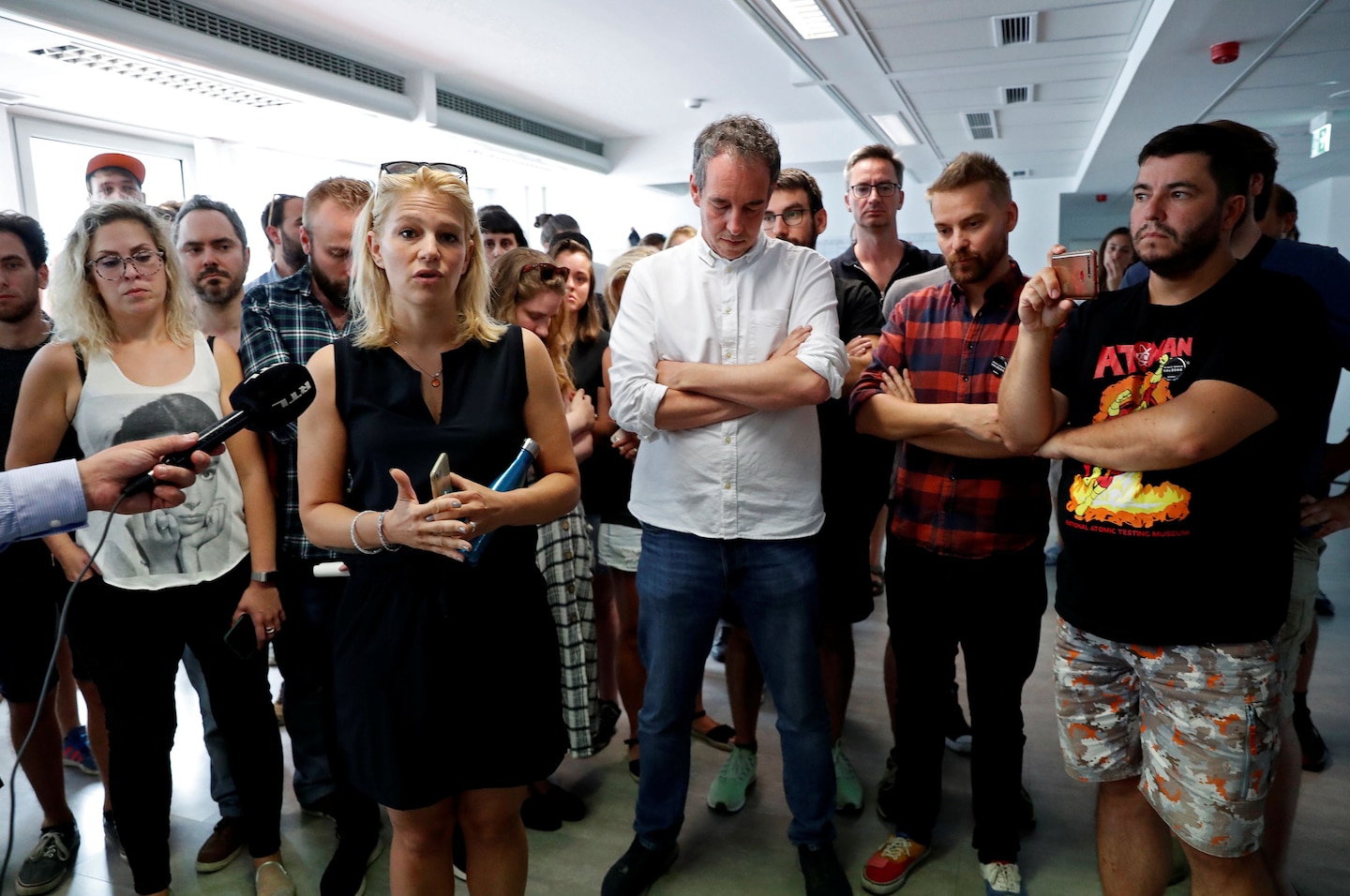 “It’s absolutely tragic,” said Angela Urban, an expert at Mertek, a Hungarian media monitor, saying she saw little possibility for the news site to continue. “It was an institution.”

It marks another blow to Hungary’s shrinking independent media. In his 10 years in power, Orban has been accused of systematically stifling the press, bringing news outlets under the control of his loyalists and passing laws that hinder critical journalism.

Since 2018, Hungary has slipped 16 places on the World Press Freedom Index, making it one of the worst countries for media freedom in Europe.

Concerns about rule of law, including efforts to dismantle the independence of the judiciary, have put Hungary at loggerheads with European Union officials. But Dull’s dismissal came just a day after Orban crowed about a victory in Brussels, after threatening to use his veto to block the European Union’s deal on a $859 billion coronavirus recovery fund if relief was tied to upholding democratic values.

“The end of an era,” the publication tweeted. The news site posted footage of staff members handing in their notices, saying the president of the outlet’s board had ignored calls from employees for the editor to be reinstated.

A letter signed by all 99 staff members Wednesday described the editor in chief’s dismissal as an “overt attempt to apply pressure on Index.hu that will result in the decline of independent reporting.”

Hundreds of demonstrators gathered in central Budapest on Friday night and walked toward Orban’s office in a protest organized by opposition parties.

Both Index.hu and another independent online news site, 444.hu, launched campaigns for donations this year to help them keep afloat. According to media analysts, Index.hu, with 1 million readers a day, has long been in the government’s sights.

“We always thought that Index could survive, but I have to say, because of the ownership structure of the ownership company, it was not so surprising,” Urban said. The news site is owned by a trust, but the company responsible for its advertising revenue has been taken over by business executives close to Orban.

In 2018, Index.hu set up a “freedom barometer” on its website to mark the threats to its independence after a change in the ownership of the adverting business.

The site explained that if there was any change to its independence, it would “notify the world as loudly as we possibly can.”