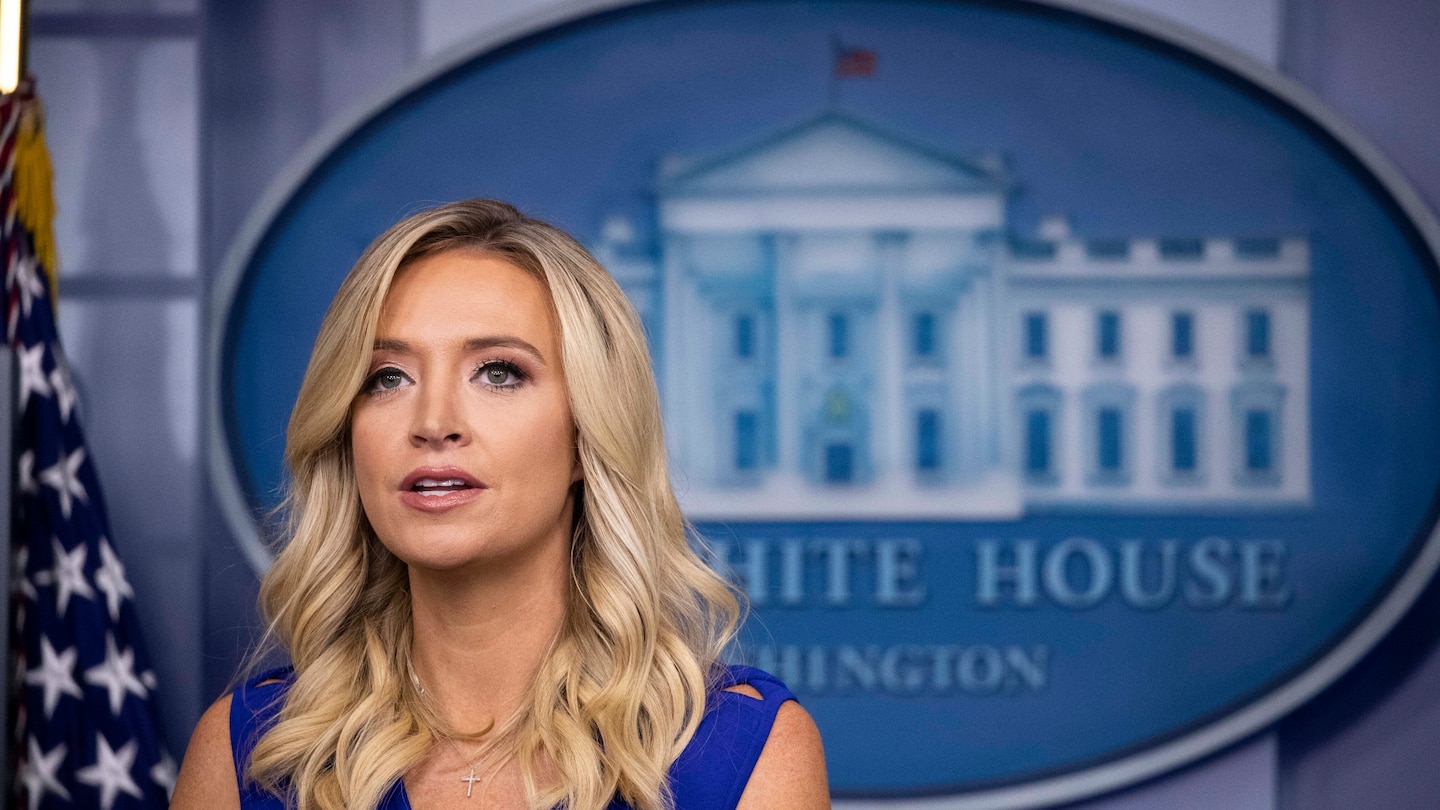 Trump has made some rather obvious adjustments this week. For the first time, he publicly promoted himself wearing a mask and directly urged others to use them — rather than suggesting merely it’s something people can do if they want. He also on Thursday canceled the portion of the Republican National Convention that he had moved from Charlotte, because it wouldn’t allow him to have a packed arena, to Jacksonville, Fla., because of the large outbreak in that state. He has also resurrected coronavirus briefings this week that, whatever else you think of them, are more focused on communicating new developments and less on what its predecessors were — taking credit, casting blame and pretending the situation isn’t really that bad.

But when McEnany was asked about Trump’s tone, she said, “There has been no change.” She added later of Trump, “He hasn’t changed.”

To some degree, she was doing what any spokesperson would do in a similar circumstance. To admit a change in course would be to admit that the previous course was faulty. Trump has long been criticized for failing to appreciate the threat of the coronavirus and for downplaying its course and true danger.

But trying to avoid such a perception comes with its costs. Americans overwhelmingly and increasingly have disapproved of how Trump has handled the virus. McEnany could have just as easily conceded that changing circumstances require a change in approach, but she opted to — in true Trump fashion — try to avoid any blame whatsoever, no matter the longer-term costs. As with much of Trump’s coronavirus response, her comments seemed geared toward averting a short-term bad headline at the expense of a longer-term effort — whether that’s to squash the virus or reelect the president.

Her method of doing so, though, betrays what actually happened.

When McEnany uttered the above quote, she was responding to Reuters reporter Jeff Mason’s question about Trump’s apparent evolution on things such as masks. McEnany bristled at the implication, despite Trump having spent months avoiding being seen wearing one and even ridiculing his 2020 reelection opponent, Joe Biden, for how he looked in one.

McEnany brazenly suggested Trump was ahead of the Centers of Disease Control and Prevention in suggesting mask usage.

“The president said on March 31, before there was even a recommended-but-not-required guidance given by the CDC on mask-wearing — the president already said: ‘If you want to wear a mask, wear a mask. It doesn’t harm anyone,’” McEnany said. “And that was when our scientists even — some of them were saying don’t wear masks.”

Trump was asked about those reports and what his recommendation was, so it’s not as if he did this of his own volition. And what he offered was a pretty noncommittal stance, declining to directly urge wearing a mask, as the CDC would soon do. He instead said that it was something people could do if they wanted.

“My feeling is, if people want to do it, there’s certainly no harm to it,” Trump said. “I would say do it, but use a scarf if you want, you know, rather than going out and getting a mask or whatever.”

Translation: Go ahead, but maybe it’s not necessary, because this (as I’ve often said) will simply disappear.

Even if you accept that Trump’s March 31 remarks constituted him urging people to wear masks, what followed was nearly four months of more mealy-mouthed comments.

Even Trump’s tweet this week about wearing a mask being “patriotic” was curiously phrased. Rather than saying that himself, he said: “Many people say that it is Patriotic to wear a face mask when you can’t socially distance. There is nobody more Patriotic than me, your favorite President!” The tweet promoted an image of Trump wearing a mask, something Trump had previously avoided doing when being photographed in public.

Trump would be more direct in the following days, saying Tuesday, “If you’re close together, I would put on the mask,” and Wednesday that the recommendation was, “Wear a mask, socially distance and repeatedly wash your hands.” He has also told young people not to gather in places such as bars.

Those statements obviously represent an evolution for him — however late. But there is no good answer for why that evolution took nearly four months, especially given the resurgence of the virus across the country. So McEnany had to pretend that Trump was on board with this all along.

In some ways, McEnany had no choice. You can’t evolve four months after health officials already did so and claim you had an epiphany. But that’s the drawback of resisting such guidance: When you stake out a position at odds with those health officials and you turn out to be wrong, you will have nobody to blame but yourself.