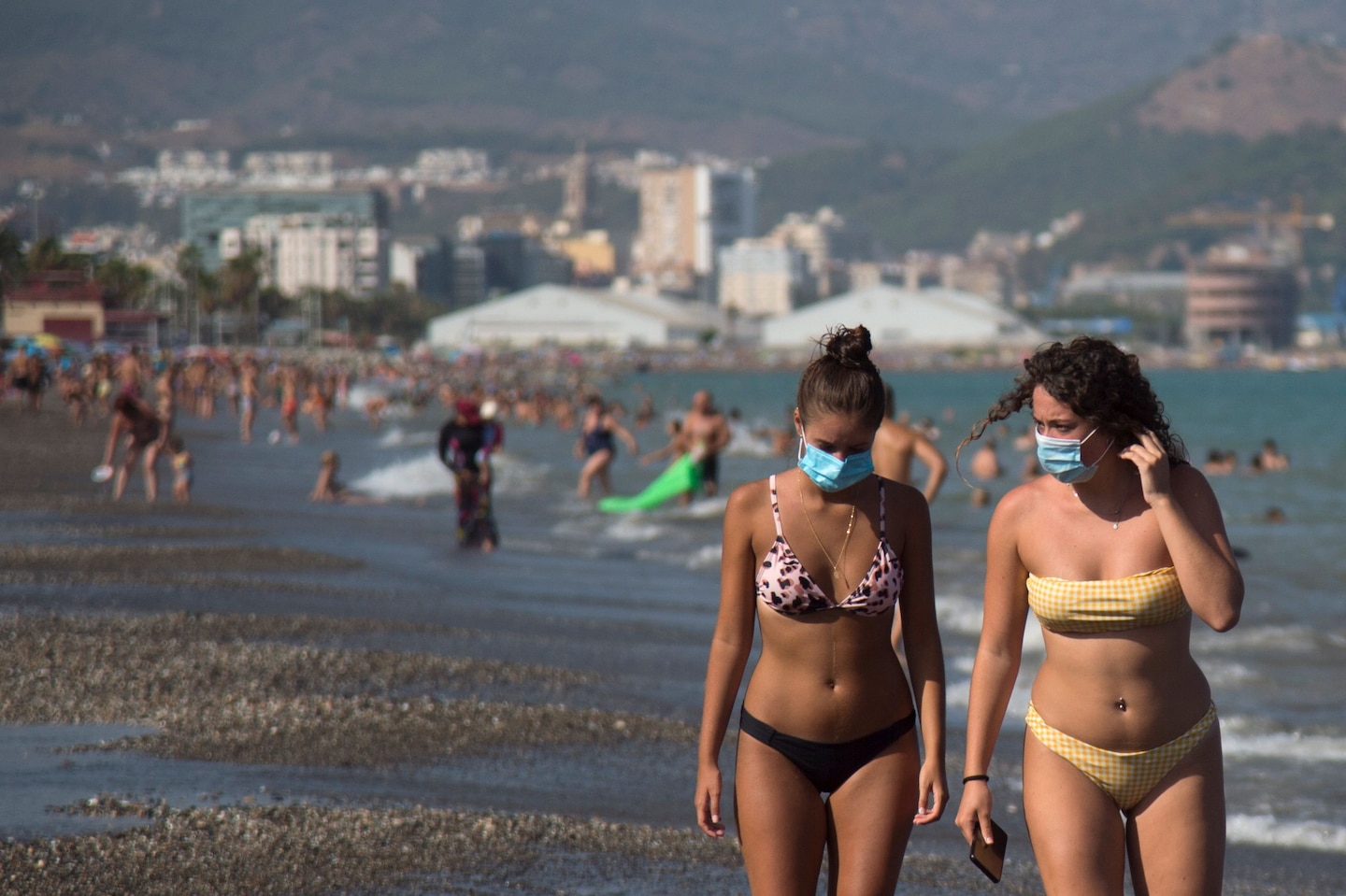 “The majority are related to fruit collection and also to the spaces where measures to avoid contact are relaxed,” Illa told parliament. “We have to call on citizens to not lose respect for the virus — not to be afraid of it, but not to lose respect for it either.”

The outbreaks bring the country’s total number of infections to 270,166 — nearly 24,000 more than on June 21 when the government declared a “new normal,” lifted the three-month nationwide lockdown and returned full control of health-care systems to Spain’s 17 regions. More than 28,429 people here have died of covid-19, the disease caused by the novel coronavirus.

This resurgence could threaten the economic bounce Spain was hoping to get from vacationers eager for summer fun. Tourism accounts for nearly 13 percent of Spain’s gross domestic product and more than 1 in 8 jobs. But in the first quarter of 2020, as the pandemic hit hard, the GDP dropped 5.2 percent.

The spike in cases has been greatest in the northeastern region of Catalonia, with more than 7,953 new confirmed cases since July 10. The rate of increase more than doubled in the past three weeks, according to Spain’s National Epidemiological Survey.

Earlier this week, local authorities announced they would further reduce how many people are allowed at 10 beaches in the Barcelona area to better ensure social distancing. They urged citizens to stay home and check municipal websites for beach updates.

Meanwhile, the Catalan government reverted to pre-June 21 confinement rules in Barcelona and a dozen other municipalities in the metropolitan area, as well as in Figueras, Vilafant, La Noguera and Lleida. Authorities ordered bars and restaurants to limit indoor occupancy to 50 percent, reduced sports to fewer than 10 people, closed night clubs and gyms and blocked some cultural activities.

The epidemiologist in charge of the region’s biggest hospital warned in an interview last week with the Spanish daily El Pais that the situation in the agricultural hub of Lleida, located about 100 miles west of Barcelona, “had clearly gotten out of hand.”

“Nobody foresaw that there would be a number of people coming from abroad to pick fruit in unfavorable conditions, and that they might be infected,” said epidemiologist Magda Campins of Vall d’Hebron in Barcelona. “And when the infections began to be detected, it was hard to keep tabs on the cases and their contacts because some of them, although they should have been in isolation, got away because they needed to earn money.”

Catalonia’s Department of Labor, Social Affairs and Family is using a hotel in Lleida to quarantine fruit workers who test positive for covid-19 but are unable to isolate at home.

Regional President Quim Torra called the situation “worrying” on Wednesday but insisted the epicenter in Lleida “appears to be stabilizing, and we hope to bend the curve downward this weekend.”

Spain’s southern region of Andalusia reported 27 active coronavirus outbreaks and a total of 545 confirmed infections in the past week. Nearly a hundred of those cases stemmed from a nightclub party two weeks ago in Cordoba.

The coastal region of Murcia closed off transit to and from the town of Totana on Thursday, reimposed restrictions on the size of gatherings and shuttered nightclubs. One club is linked to 55 confirmed infections.

And authorities in the Mediterranean region of Valencia were set to approve stiff fines Friday for individuals who flaut precautionary measures and refuse to follow occupancy limits at night spots.

In the central capital of Madrid, which suffered the brunt of the pandemic’s first wave in the spring, authorities reported 710 new cases in the past week. The use of face masks is widespread, but the region has shied away from making them mandatory in public.

Madrid’s regional health secretary, Enrique Ruiz Escudero, defended that position while citing an uptick in infections in the under-40 age group. He told young people not to let down their guard.

“We can’t take even one step backwards. Young people have to be aware of the responsibility they have,” Ruiz Escudero said in a news conference Thursday. “I ask them to use the face mask and to maintain a safe distance.”