The Border Patrol is being sent to combat violence in cities, despite the ‘emergency’ at the border 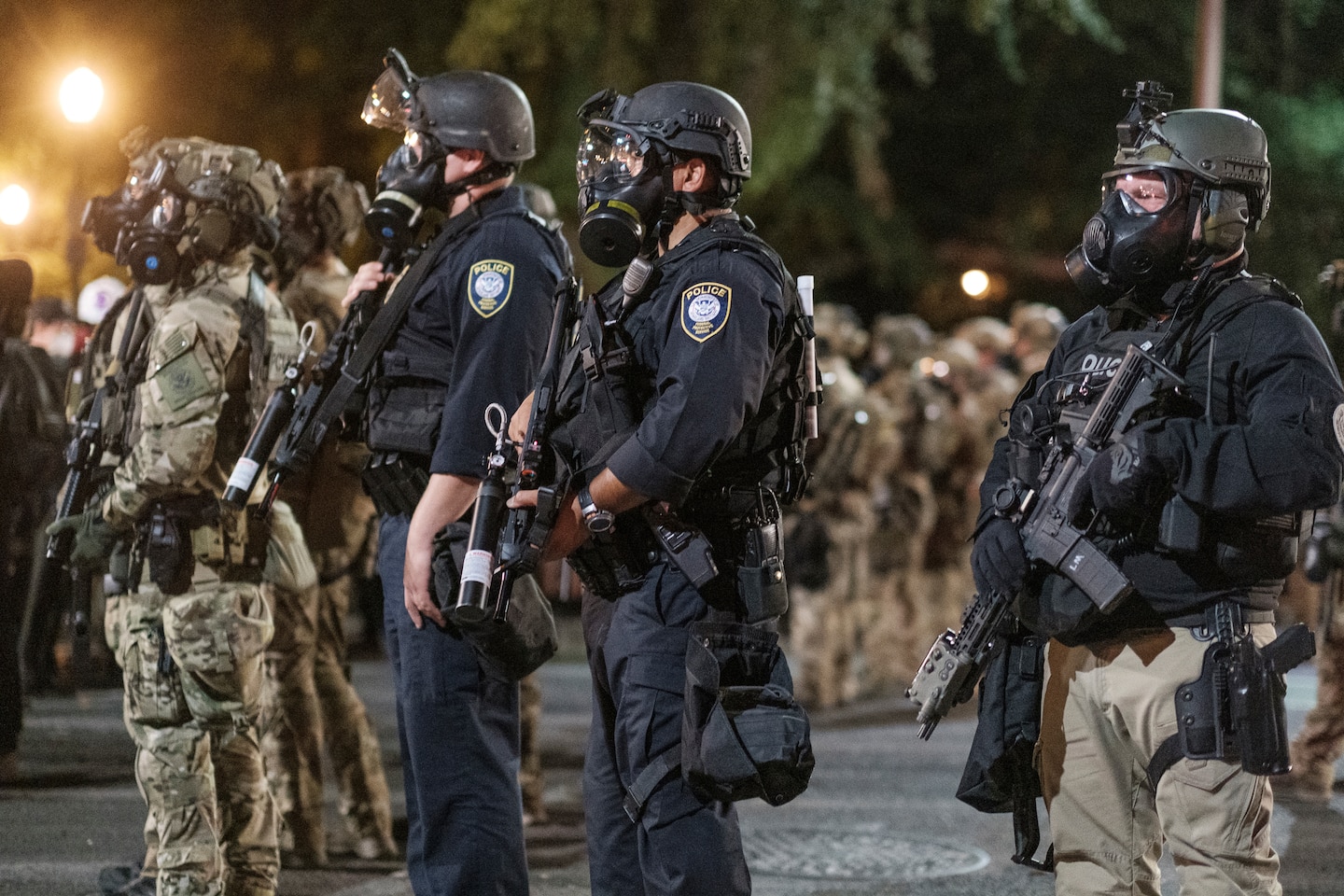 The ostensible rationale for their presence is not that they’re blocking illegal migration but, instead, that they are aiding an effort to protect government property. When protests aimed at police brutality evolved to include calls for the removal of certain public monuments, President Trump signed an order assigning various government departments, including the Department of Homeland Security, an explicit role in defending statues, churches and other federal property. After ongoing protests at a courthouse there, Portland became a trial run for what that looks like in practice.

Speaking to Sean Hannity on Thursday, Trump insisted that he was prepared to send far more law enforcement officers to cities across the country.

“If they invited us in,” he said of mayors in cities with incidents of violent crime, “we’d go in with 50,000, 75,000 people. We would be able to solve it, like you wouldn’t believe, and quick. But they just don’t want to ask, maybe for political reasons. But they don’t want to ask.”

Portland didn’t ask, but he sent officers anyway. That’s because the White House has been expandingits use of similar deployments, from monuments and government property to protests aimed at government property and, in recent weeks, to crime in general through an ongoing Department of Justice and DHS operation.

The Border Patrol agents in particular probably don’t have a whole lot else to do. The border still exists, of course, but legal migration is massively reduced given the coronavirus pandemic. Even illegal migration is down, according to DHS data. In June, the department made about 30,000 apprehensions at the southern border, down from 104,000 in June 2019.

Those June 2019 numbers, though, were a function of a surge in apprehensions that occurred in late 2018 and early 2019. For the first time in more than a decade, the government apprehended more than 100,000 people at the border in May of last year.

Three months prior, Trump had declared a state of emergency aimed at addressing the surge.

“The problem of large-scale unlawful migration through the southern border is long-standing, and despite the executive branch’s exercise of existing statutory authorities, the situation has worsened in certain respects in recent years,” the emergency declaration stated. “In particular, recent years have seen sharp increases in the number of family units entering and seeking entry to the United States and an inability to provide detention space for many of these aliens while their removal proceedings are pending.”

You can see that surge in what the government calls “family units,” meaning adults accompanied by their own children. But you can also see how the number of family units being apprehended declined soon after the declaration was announced, along with apprehensions overall.

In fact, the number of apprehensions being made on the border in recent months has been lower than any recent year except 2017, when apprehensions dropped to record levels.

This, of course, was the central campaign promise Trump offered in 2016. In late 2018, after conservative media personalities criticized Trump for not demanding wall construction be funded, he refused to sign a government funding bill, forcing a lengthy shutdown of the government. When it became clear that Congress wouldn’t appropriate money for the wall’s construction, Trump declared the emergency using the surge in family apprehensions as a rationale, and began shifting money from various Defense Department projects to use for its construction.

The wall is still being built. While that includes significantly improving existing barriers, only 16 miles of border which didn’t previously have any sort of barrier now does. In other words, it’s not as though the declaration was made and the wall went up, cutting down on apprehensions. Apprehensions declined despite the lack of a wall.

They’d declined even before the pandemic hit. When Trump renewed the emergency declaration in February (it must be renewed annually), the number of family units being apprehended was already down 87 percent, year-over-year. So the renewal announcement simply dropped any mention of family units and proceeded anyway.

Trump has taken to mocking Democrats for no longer fighting him on the wall. At his rally in Tulsa last month, he claimed that it was because Democrats thought it was a losing issue.

This is not what happened. Emergency declarations must be reviewed by Congress every six months (though they rarely are) and Congress, led by House Democrats, twice voted to end the declaration. Each time, Trump vetoed the resolutions and had enough support from congressional Republicans to prevent the vetoes from being overridden.

In the moment, there’s no clear reason the emergency declaration should continue. Dubious when it was announced, it now lacks even the justifications used at that point for its existence. Border Patrol agents are being deployed far from the border to police federal buildings, suggesting that it is no longer the case that the border is seeing a “security and humanitarian crisis that threatens core national security interests [which] constitutes a national emergency.”

The deployment in Portland and potentially elsewhere won’t total 75,000, a figure that would constitute one out of every three DHS employees overall. It is also hard to argue that their presence is really necessary in Portland save for the same reason that Trump declared that emergency on the border: It’s politically useful for Trump to fulfill his campaign promises by building the wall and by positioning himself as personally combating disorder. That the disorder has been amplified by the presence of federal officers is a not-unwelcome development for Trump.

In each case, the pattern was the same. Trump leveraged a tool of executive power (emergency declarations, executive orders) to make an assertion ostensibly unrelated to politics (the border is in crisis, we must protect our monuments). In each case, the politics were a barely hidden subtext and soon became an explicit focus.

That the Border Patrol is sufficiently underworked as to allow them to head to Portland suggests that the emergency at the border is over. Except that the emergency was never an emergency in the way it was presented in the first place — save for Trump’s reelection campaign.

White House press secretary clarified the DHS and DOJ roles during a briefing on Friday. The article has been updated to reflect that.