To the Trump White House, every coronavirus wildfire is an ember 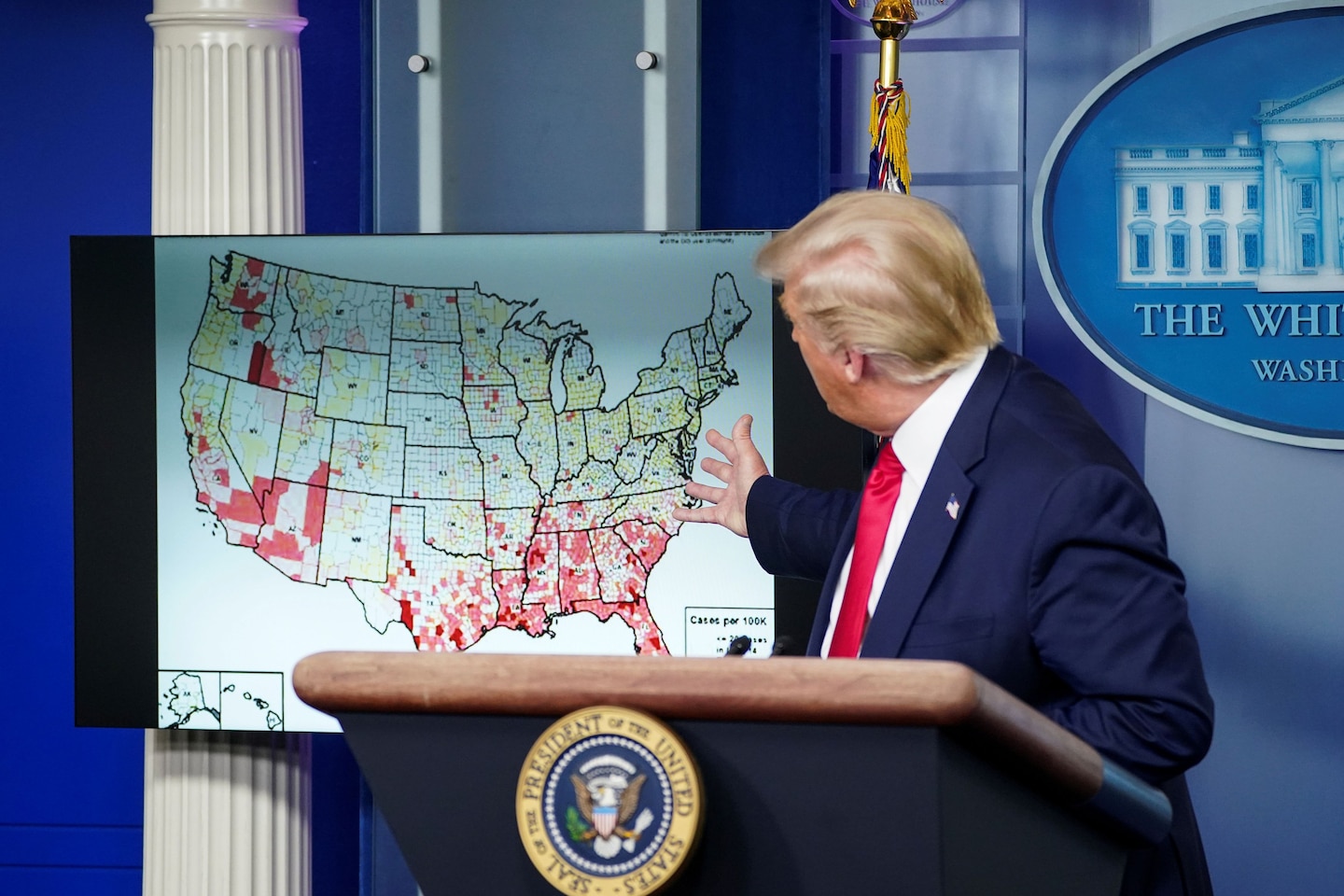 “The Northeast has become very clean,” he continued. “The country is in very good shape, other than if you look South and West — some problems. That will all work out.”

Well, yeah, except for the Southern and Western parts of the country, all was well.

This effort to play down the breadth of the pandemic by highlighting its narrow geographic focus has become a hallmark of the Trump administration’s response. With the president’s resumption of daily briefings in recent days, we’ve seen that repeatedly, from his broad assessment that the outbreak was contained to half the country to his even more narrow focus on nursing homes. It’s an approach that harks back to his celebrations of his electoral victory in 2016: If you can point to large swaths that show what you want to show, your case is made.

It is the nature of the pandemic that it is both reducible and expandable to make whichever case you wish. One could, for example, point out that the United States is one of the countries seeing the most new daily cases, on average, in the world.

But the governors of North Carolina or New York could move down a level and say, well, no: All is well here. Trump could do the same, pointing to the areas of the country that aren’t bright yellow.

A resident of North Carolina, however, could raise an objection: Within that state, there are plenty of counties where the number of new cases is surging. Sure, the pandemic isn’t raging everywhere in the state, but that hardly means all is well.

If desired, you could dig in even further. When Louisa County, Iowa, suddenly emerged as the place with the fastest growth in new cases three months ago, there was a specific reason. An outbreak at a meatpacking plant had led to a surge in infections, causing the case total in the county to spike. It was true that much of the county remained coronavirus-free even while the plant was wracked with infections.

There’s a fractalization to the rhetoric about the spread of the virus. You can point to problems through as broad or as wide a lens as you wish, or if you’re the president, you can just as easily wave them away. The United States is seeing more cases than other places? Well, not in the North and East. You say that there is rapid growth in Pennsylvania and South Carolina? Well, not in certain counties. And so on down the line, until the obviously problematic spread of new cases is contained, rhetorically speaking, within one seemingly minor boundary.

Trump has repeatedly said that the government is prepared to handle the pandemic, ready to put out any embers that emerge (or more rarely, to put out any small fires). The nature of the outbreak is such that anything can be an “ember” if you look at it narrowly enough — and you can say all is well if you are similarly motivated.

Just as you can look at a map of electoral results showing sweeping expanses of red, using that as your data point instead of the popular vote.