Trump derides Portland mayor for joining protesters and getting tear-gassed 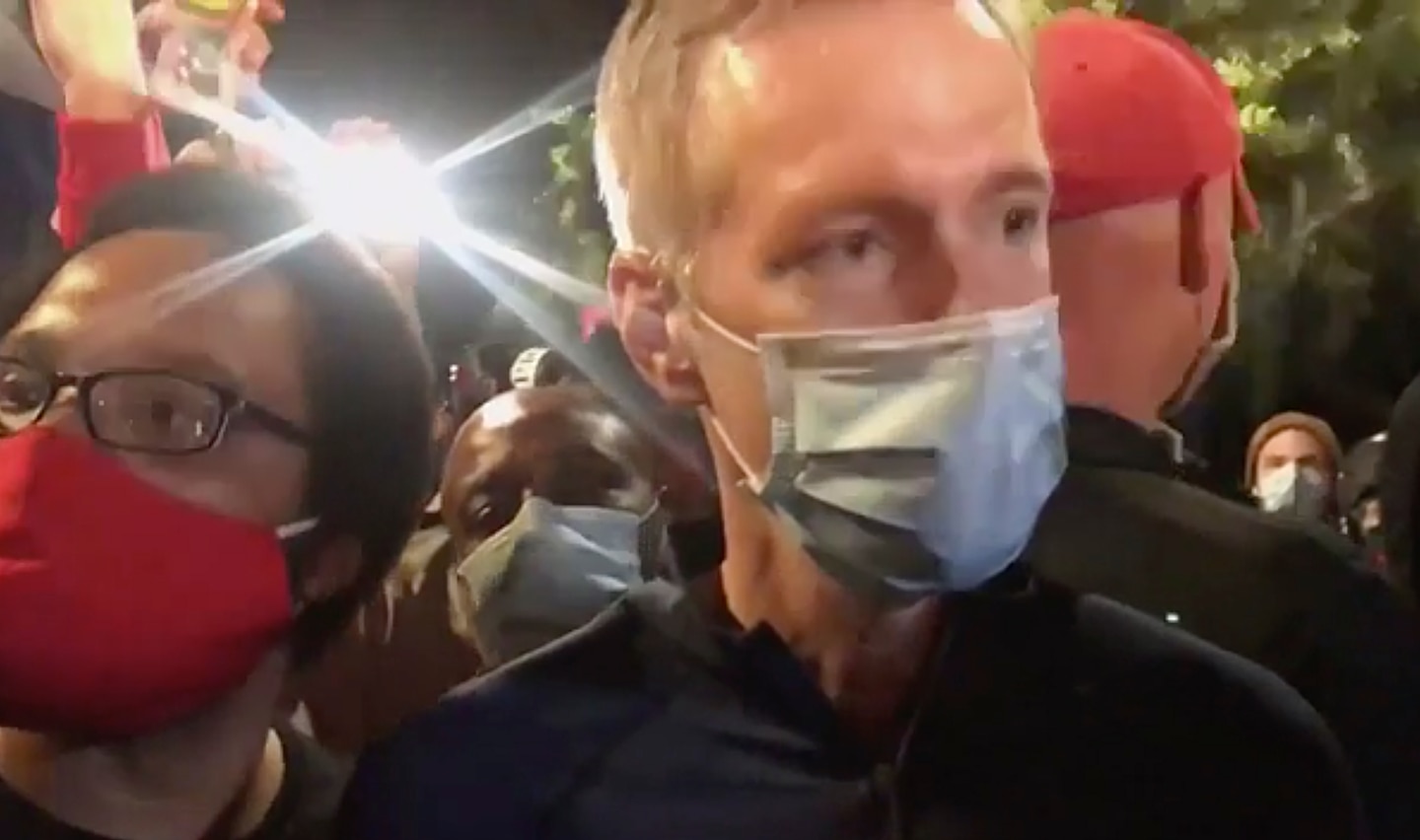 Wheeler came to the protest, he said, to stand with protesters in the face of what he has described as an “occupying force” in a city that the president has described as “worse than Afghanistan.”

For days, Wheeler, Oregon Gov. Kate Brown (D) and other state and local officials have demanded Trump withdraw the surge of federal officers from this Pacific Northwest city, where protests have continued for more than 50 straight nights.

Wheeler choked on tear gas late Wednesday as he stood outside the federal courthouse in downtown Portland, where federal agents set off explosives and fired chemicals into a crowd of hundreds.

As Wheeler stood at the fence, he was heckled and insulted. Some demonstrators called for his resignation. Others, who had been tear-gassed by the Portland Police Bureau over the past eight weeks, shouted questions at the mayor.

In a tweet earlier Thursday before his interview with Fox News’s Sean Hannity, Trump referred to Wheeler as a “Radical Left Mayor of Portland,” writing that he was “booed & shouted out of existence by the agitators & anarchists.”