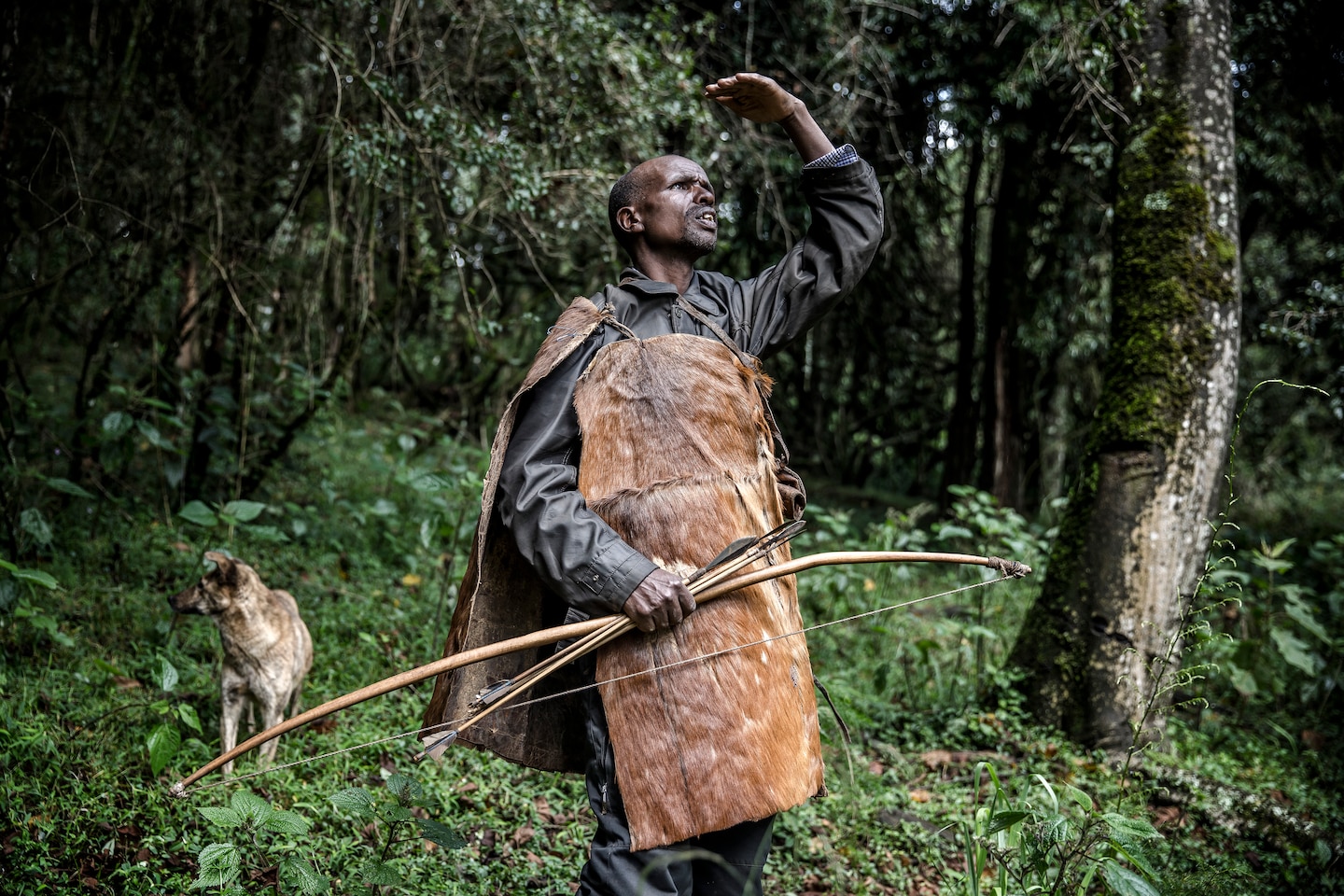 The women’s people, the Ogiek, claim to be the indigenous inhabitants of the Mau, and with the felling of the trees came the felling of much of their way of life: hunting tree hyraxes and antelope for meat and fur, and harvesting honey and medicinal herbs. A landmark 2017 ruling by the African Court on Human and Peoples’ Rights affirmed the Ogiek’s right to live in the forest.

Kenya’s government, which owns the forest, has barely acknowledged the ruling. In late June, it began evicting hundreds of Ogiek families from the Mau in the name of conservation. Ogiek leaders say the government has promised to allow them back into the Mau when non-indigenous settlers in the forest have been cleared out. But powerful Kenyan officials said in interviews that they have no intention of permitting the Ogiek to return.

“By evicting us, we hope that our land will become ours again,” said Raeli Nalotwesha, one of the two women.

She and Agnes Tapkili were rendered homeless this month, in the middle of the cold and rainy season and as a pandemic that seems to target the elderly spreads. They were sheltering in a shuttered school. It was the fourth time in their lives they’d been evicted.

Since 2018, over 50,000 people — mostly non-Ogiek settlers — have been evicted, often violently, from the Mau, Human Rights Watch says.

Amid cries from rights groups that the Ogiek are being abused, the community’s leaders and many of its 30,000 to 50,000 members are putting faith in a long-shot plan they believe the government is enacting.

“Over 300 families have been evicted, even from deep into the forest since June,” said Daniel Kobei, an Ogiek activist and the tribe’s most prominent public figure. “In most cases, we are complying voluntarily. We want the evictions completed and, after, we want implementation of court rulings.”

The gambit relies on the Kenyan government’s respect for the 2017 ruling by the Tanzania-based court, which doesn’t have enforceable jurisdiction in Kenya. It’s an even riskier strategy considering the government has evicted thousands of poor people from their homes during the coronavirus pandemic despite a self-imposed moratorium on doing so.

Although Kobei said he has regular and constructive discussions with government officials that lead him to believe in their intention to respect the ruling, officials painted a different picture in interviews with The Washington Post.

“You tell me that people can survive on honey and herbs. What a nonsense story. Nobody dwells inside a forest,” said George Natembeya, an Interior Ministry official in charge of security for a large part of Kenya that includes the Mau. “There is no such thing as a forest-dwelling person — these are misnomers. The forest should not have people residing there. With the evictions, what we are stopping is destruction, by Ogieks, and by other Kenyans, and we make no distinction.”

Meanwhile, some Ogiek families have razed their houses in hopes they will be resettled in the forest. Daniel and Lilian Tuimising now sleep in a cramped shack with their seven children after Daniel took a hammer and posthole digger to his house and shop, reducing it to rubble.

“Even if we suffer now, it is good for the Mau,” he said. “We want to show that we agree with forest protection so they will allow us back.”

His optimism was echoed by others who yearn for non-Ogiek settlers to be banished from the Mau and were willing to pay what they hope is the temporary price of their homes for it. “We support it 100 percent. We have no choice but to trust,” said Dominic Letuya, 23.

But the Kenya Forest Service doesn’t see the Ogiek as the forest’s protectors. Officials see that as their own role, and one they can carry out only if the forest is void of people.

“It’s an issue of people understanding that they are in the wrong place and upgrading themselves, moving to another, safer place so they do not have to spend my time fighting with the owner of the forest,” said George Njenga, the service’s top official in the Mau.

The Ogiek and the Kenya Forest Service say they are both trying to return the Mau to its natural state, but to many Ogiek, that includes their living there again, using the forest’s bounty responsibly.

“We want this land to be how nature created it, with services that allow us to live,” said Joseph Kipkemoi Lesingo, 55, adept in hunting, foraging and beekeeping. “We need to start from scratch again.”

On a recent day, Lesingo went into the forest with his two hunting dogs to survey beehives he’d made out of hollow logs from trees of the Dombeya genus. He’d fastened the hives into the canopies of the same trees, which he says yield the sweetest honey.

He vigorously rubbed two specially carved pieces of wood together — without any flint — to create an ember, which he placed into a ball of moist moss, creating a smoker. He placed it in a satchel made of hyrax hide, warding away the bees while he gathered golden hunks of honeycomb so flavorful they left a burn in the throat like whiskey.

“That stuff you get in the city — it’s all mixed with sugar,” he said. If a newly pregnant woman eats a full honeycomb in April, it is potent enough to give her twins, according to Ogiek legend. “This is the strong stuff.”

After holding on to his culture despite the government appropriating the forest for its own purposes and encroaching farmers and herders using it for theirs, Lesingo is happy to coexist with the newcomers as long as they leave the Ogiek to restore not just their homes but their traditions and the forest itself — as they believe is their right.

Rael Ombuor contributed to this report.