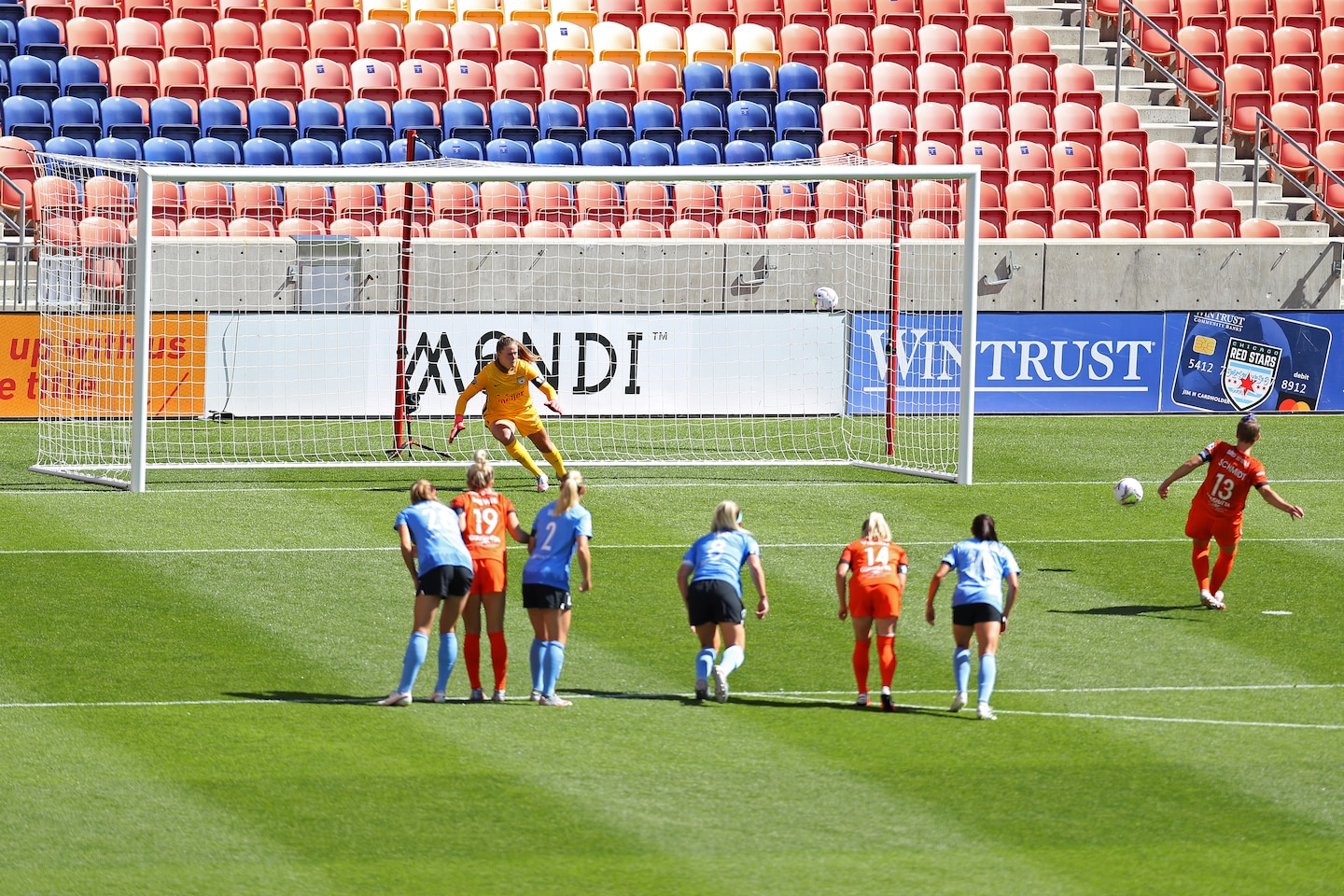 Canadian midfielder Sophie Schmidt converted a fifth-minute penalty kick and American forward Shea Groom scored on a breakaway in the waning moments for the Dash, which has never made the playoffs in a full season since it joined the league in 2014.

The final culminated a successful tournament for the NWSL, which, because of the coronavirus crisis, was not able to start the regular season as planned in April.

The league did lose a team to a virus outbreak before the tournament started: Several Orlando Pride players tested positive before they departed Florida, forcing the team to withdraw. Once everyone settled into the Salt Lake City suburbs, though, there were no confirmed cases.

The league used a small, artificial-turf stadium in Herriman for the group stage and quarterfinals, then moved to the large, grass-covered venue in Sandy for the semifinals and final.

The opener between the North Carolina Courage and Portland Thorns on June 27 drew 527,000 viewers on CBS, more than three times the ESPN audience for the playoff final last fall. The league and network were hoping for a similar number Sunday.

All other matches appeared on CBS All Access, a pay streaming service. Per policy, a CBS spokeswoman said the network would not disclose subscription and viewer data for the tournament.

Teams did not provide much scoring: 12 goals in the first three matches, then 15 in the last 13 group games. Three of the four quarterfinals went to a penalty-kick tiebreaker after a 0-0 draw. Six of 23 matches were scoreless, and the overall scoring average was 1.6 per game.

After the first three matches of the tournament, only Houston’s 3-2 semifinal victory over Sky Blue FC featured three or more goals.

Where the NWSL goes from here remains undecided. Team owners will not conduct a standard regular season, but they have discussed four-team tournaments, home-and-home clashes that do not require substantial travel and friendlies that facilitate player development.

The Washington Spirit, for instance, has spoken to New-Jersey based Sky Blue and the North Carolina Courage about sets of matches. All teams are scheduled to resume workouts Aug. 17.

The owners seem well aware that going dark until the 2021 season commences in the spring would stunt the NWSL’s progress and perhaps increase player interest in moving overseas.

Resuming NWSL competition this year, of course, would rekindle health and safety issues. In a closed environment in greater Salt Lake City — players were tested regularly and did not interact with the public — the NWSL reduced the risk of contracting the virus. In home markets, however, players will return to semiregular routines.

“Our approach — and I’m not saying it’s the right approach for everybody — is come up with what we call the end-to-end solution,” Commissioner Lisa Baird said during a teleconference with reporters Friday. “And that is absolutely about health and wellness, but it’s also about putting together tournament or competition formats that our players can excel and thrive in. And the tournament format for this time was exactly the right format.”