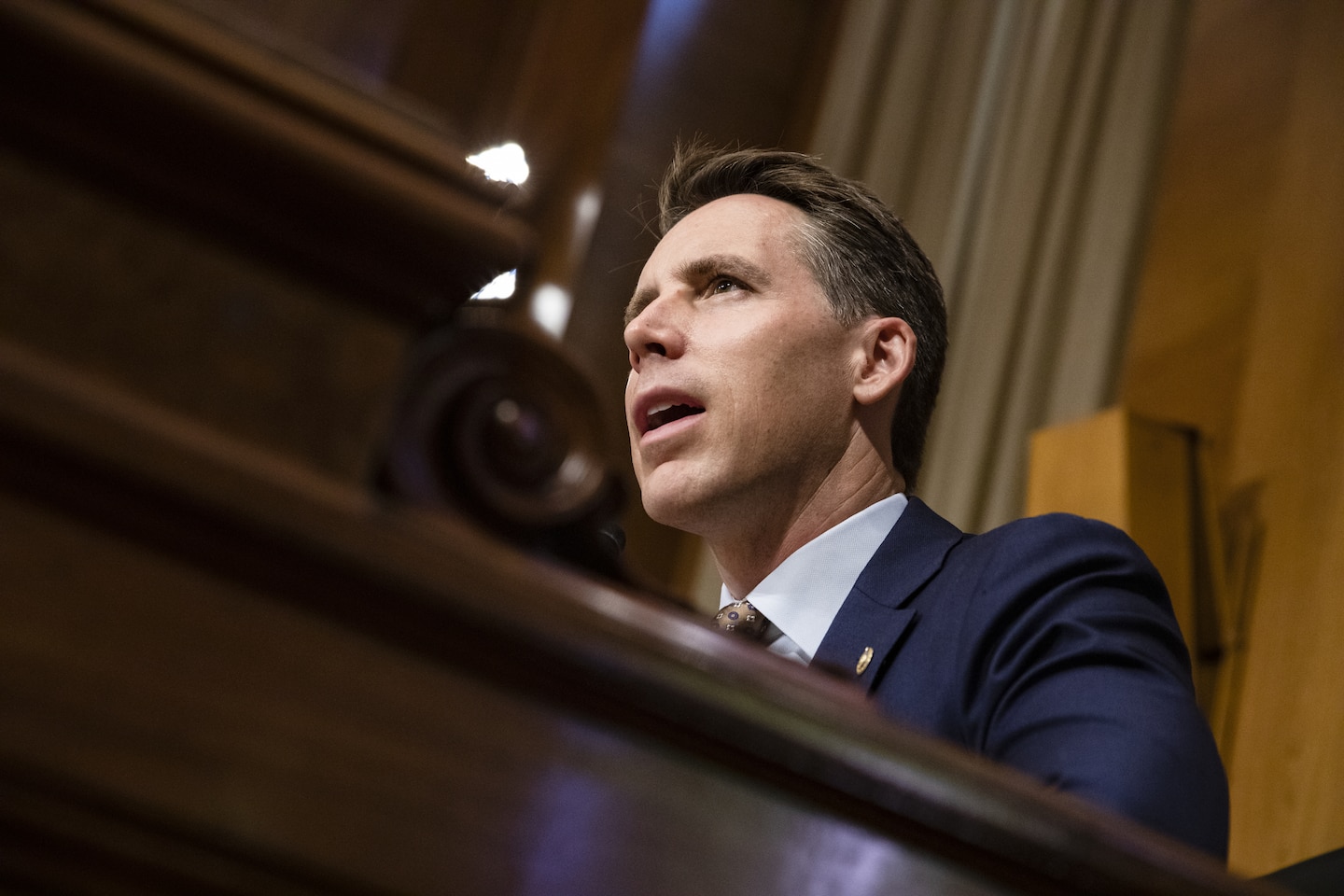 Hawley added: “I don’t want private assurances from candidates. I don’t want to hear about their personal views, one way or another. I’m not looking for forecasts about how they may vote in the future or predications. I don’t want any of that. I want to see on the record, as part of their record, that they have acknowledged in some forum that Roe v. Wade, as a legal matter, is wrongly decided.”

Hawley’s new marker comes as Republicans are preparing for the possibility that President Trump could name a third member of the court later this year, should there be a vacancy.

And it comes as conservatives nationally are pushing to overhaul the court’s jurisprudence supporting the right of a woman to choose the procedure. But they have recently been disappointed by the court’s rulings on this front — and particularly by Chief Justice John G. Roberts Jr.

Last month, the Supreme Court struck down a restrictive Louisiana abortion law. It was a dramatic victory for abortion rights activists and a bitter disappointment to conservatives in the first showdown on the issue since Trump’s remake of the court.

As with other recent liberal victories at the court, Roberts was key in the 5-to-4 decision. He joined the court’s liberals rather than his conservative colleagues, including Trump’s appointees, Justices Neil M. Gorsuch and Brett M. Kavanaugh.

Although no vacancy is imminent, White House officials and some top Republicans have privately discussed the possibility that Justice Clarence Thomas, a conservative appointed by George H.W. Bush, could retire.

But McConnell has said he would push through a Trump nominee this year, should an opening occur. The difference from 2016, he maintains, is that now the same political party controls the White House and Senate.

Hawley, 40, a former law professor and clerk for Roberts, said in the interview that he is focusing on abortion ahead of the next Supreme Court nomination because he believes “Roe is central to judicial philosophy. Roe is and was an unbridled act of judicial imperialism. It marks the point the modern Supreme Court said, ‘You know, we don’t have to follow the Constitution. We won’t even pretend to try.’ ”

Hawley’s salvo could upend the dynamics of how Republicans evaluate nominees on the issue of Roe v. Wade — and pressure them to move away from Roberts’s past statements as a guide.

Roberts, during his 2005 confirmation hearing, said Roe v. Wade was “settled as a precedent of the court,” and his position has since been cited as Republicans navigate nomination fights.

Sen. Susan Collins (R-Maine), for instance, who supports abortion rights and is up for reelection this year, has said she would oppose a Supreme Court nominee who “demonstrates hostility” to Roe v. Wade. But Collins supported Kavanaugh in 2018 after she said Kavanaugh told her that he agreed with Roberts.

Hawley said conservatives must do more to push Republicans to the right and take a harder line.

“This standard, for me, applies to Supreme Court nominees, whether they’re a sitting judge or whatever,” Hawley said. “If there is no indication in their record that at any time they have acknowledged that Roe was wrong at the time it was decided, then I’m not going to vote for them — and I don’t care who nominates them.”

Hawley said he has spoken to Trump and senior White House officials about his views on the court and a possible vacancy but declined to describe those exchanges. He also declined to name any federal judges who would meet his own criteria but did say there are “many” who would.

“This is not an attempt to push forward a particular person,” Hawley said. “This is about where I’m going to be on Supreme Court nominees.”

Hawley defeated then-Sen. Claire McCaskill (D-Mo.) in 2018 and has not yet voted on a Supreme Court nominee. Since entering the Senate, he has frequently addressed matters of abortion and the court, at times to the chagrin of top Republicans.

In 2019, Hawley and Sen. Tom Cotton (R-Ark.) privately raised questions about Neomi Rao, Trump’s nominee for the U.S. Court of Appeals for the District of Columbia Circuit, and how she would potentially rule on cases involving abortion. Rao later met with Hawley, who eventually voted in favor of her nomination.

Robert Barnes and Seung Min Kim contributed to this report.