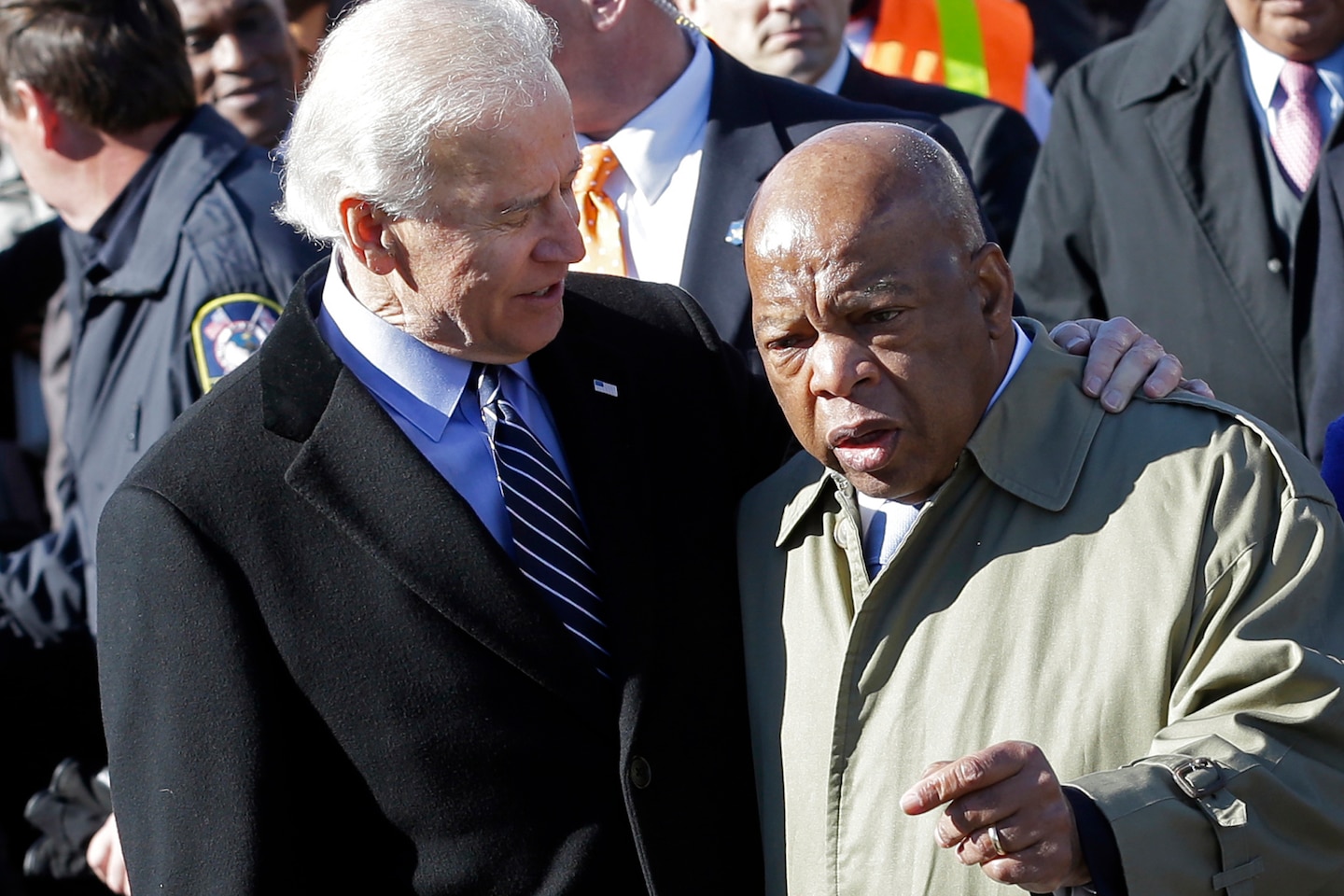 The travel comes amid a busy period for the Biden campaign, which on Sunday urged supporters to gear up for the 100-day stretch to the election. The candidate has said he is hoping to choose a running mate by early August.

On Monday, Biden’s campaign is launching a $14.5 million advertising investment in Florida, Arizona, Wisconsin, Michigan, North Carolina and Pennsylvania, according to a memo issued by his campaign and obtained by The Washington Post.

All are states President Trump won in 2016 and are seen by both parties as important battlegrounds. Trump is slated to travel to North Carolina on Monday.

On Sunday, Biden delivered brief remarks via video at an Iowa Democratic Party virtual fundraiser. “We have to do more than just beat Trump,” said Biden, who talked up the importance of Democrats winning back the Senate. He called Iowa “a critical battleground state for our campaign” and touted by name Democrats running down the ballot there.

Also on Sunday, Biden’s campaign hosted an online fundraiser dubbed “Celebration for Change,” which brought in at least $760,000, according to a campaign tally. Comedian Jay Leno hosted the event, which featured remote musical performances from John Legend and Dave Matthews, as well as appearances from prominent Democrats such as the party’s 2016 presidential nominee Hillary Clinton and former South Bend, Ind., mayor Pete Buttigieg. Sens. Kamala D. Harris (D-Calif.) and Tammy Baldwin (D-Wis.), both seen as possible running mates, also participated in the event.

As Democrats gear up for a scaled-down convention next month because of the pandemic, virtual events such as Sunday’s fundraiser could offer a preview of the ways party leaders will seek to organize their lineups and build an audience for their quadrennial gathering.

Republicans also are looking at a mostly virtual convention, after Trump last week abruptly announced the cancellation of events scheduled in Jacksonville, Fla., where the convention moved at his urging after officials in its original host city, Charlotte, refused to bypass coronavirus health restrictions.