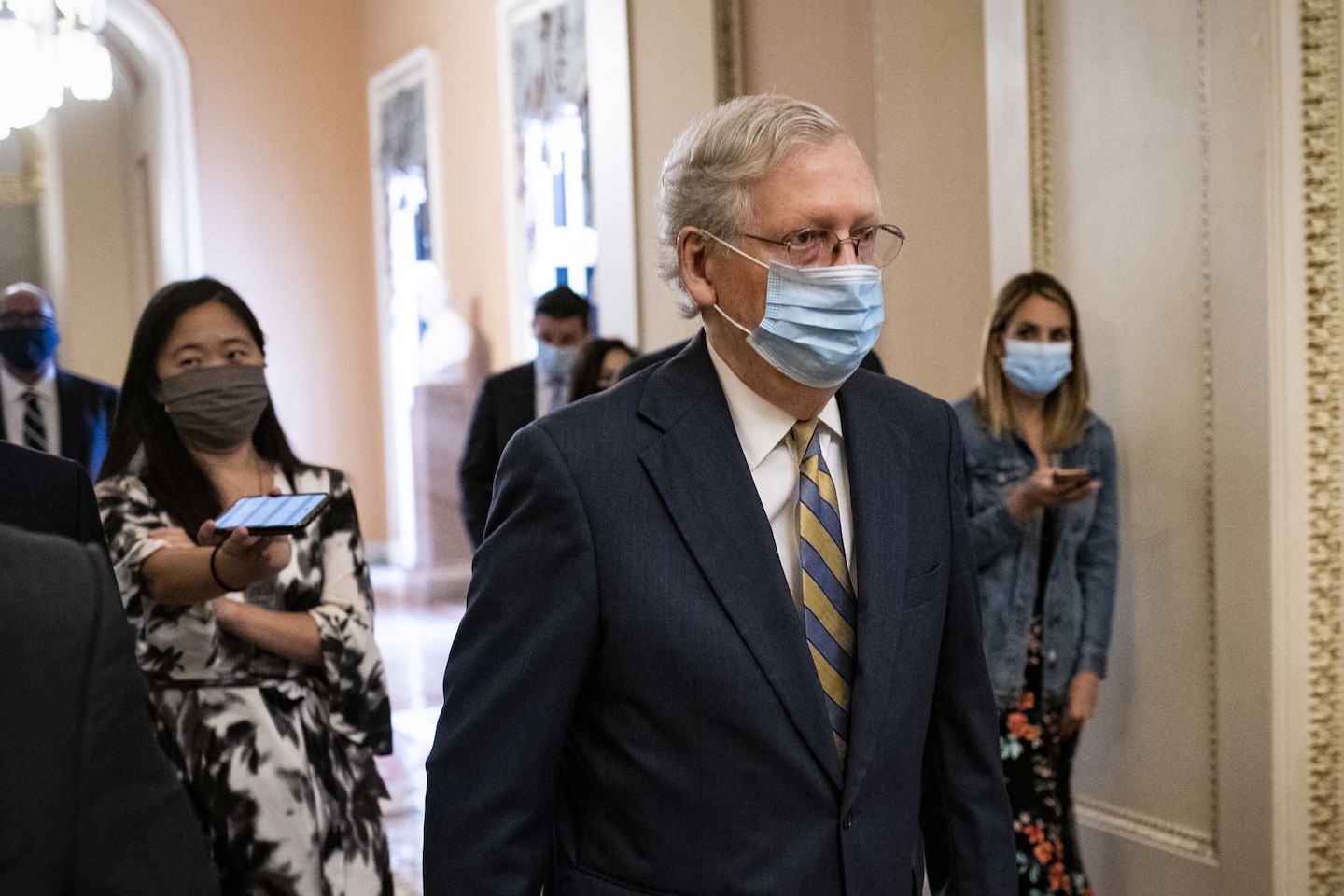 The legislation is expected to include a new round of $1,200 checks to individual Americans, an extension of unemployment benefits at a reduced level, billions of dollars for schools with some of the money aimed at helping classrooms reopen, and a five-year liability shield for businesses, health care providers and others.

The legislation also includes at least $100 billion more for the small-business Paycheck Protection Program, and is expected to extend a limited moratorium on evictions. It does not contain any new money for state and local governments — a key Democratic demand — but instead gives state and local leaders additional flexibility in spending the $150 billion approved in the Cares Act in March.

Democrats, who have rallied around a $3 trillion House bill passed in May, attacked Republicans Monday over the continued delays.

“We have unemployment running out, we have renter protection running out, we have state and local governments going into new month and won’t have the money and will lay off thousands and thousands of people,” Senate Minority Leader Charles E. Schumer (D-N.Y.) said Monday morning on MSNBC. “We’re at all these cliffs and we still at this very moment don’t have a plan from the Republicans. We want to sit down and negotiate. But you can’t negotiate with a ghost.”

Given the difficulty of reaching agreement on the multiple contentious issues at play, Meadows and Mnuchin suggested over the weekend that Congress might need to pass a narrow bill including just the unemployment insurance, schools money and liability provisions.

Democrats have rejected that approach, and McConnell has yet to publicly embrace it, either.

The legislation will exclude the payroll tax cut President Trump had demanded, which Senate Republicans opposed. But it is expected to include language related to the FBI headquarters building that is diagonal from Trump’s hotel in downtown D.C. It was unclear exactly what the language would say, but Trump has said he wants to see a new headquarters building built on the site, and his administration killed a plan to relocate the headquarters to the suburbs.

One issue that delayed a deal was what to do about the expiring unemployment benefits, and Republican lawmakers scrambled over the weekend to hammer out their plan.

In March, Congressional lawmakers discussed creating a federal unemployment benefits program to replace 100 percent of a worker’s prior income, but scrapped the idea because they believed states would be unable to handle the administrative complexity of doing so. Congress ultimately decided to have the federal government add a flat $600-per-week to every jobless worker’s state unemployment benefits — creating a system that in some cases paid the unemployed more than what they had received while working. There are now between 20 million and 30 million people collecting these benefits, as the jobless rate is 11 percent.

Now, the Trump administration and Senate Republicans are trying to revive proposals to tie unemployment benefits to prior earnings, pushing for a system in which the federal government ensures workers are earning 70 percent of prior income. Treasury Secretary Steven Mnuchin and White House Chief of Staff Mark Meadows have recognized that the states may struggle with the change to a new system. Meadows suggested to reporters on Sunday the flat federal benefit may have to continue until the states are able to transition to a new system, a process Mnuchin has said would be easier for some states than others.

“From what I understand from some of our states there might have to be a two-phased approach,” Meadows told reporters on Sunday.

Congressional Democrats oppose both GOP plans to curb the benefit amount and to transition the payment system to the new model. Critics point out state unemployment offices have already been overwhelmed. The National Association of State Workforce Agencies has warned in a memo circulated on Capitol Hill that targeted wage replacement could take most states “8 to 20 weeks or more” to implement from the date of the Department of Labor’s guidance.

“We are skeptical that state UI infrastructure has improved dramatically since the CARES Act given how overloaded the system has been,” Evercore ISI, which conducts market research, said in a Monday note.