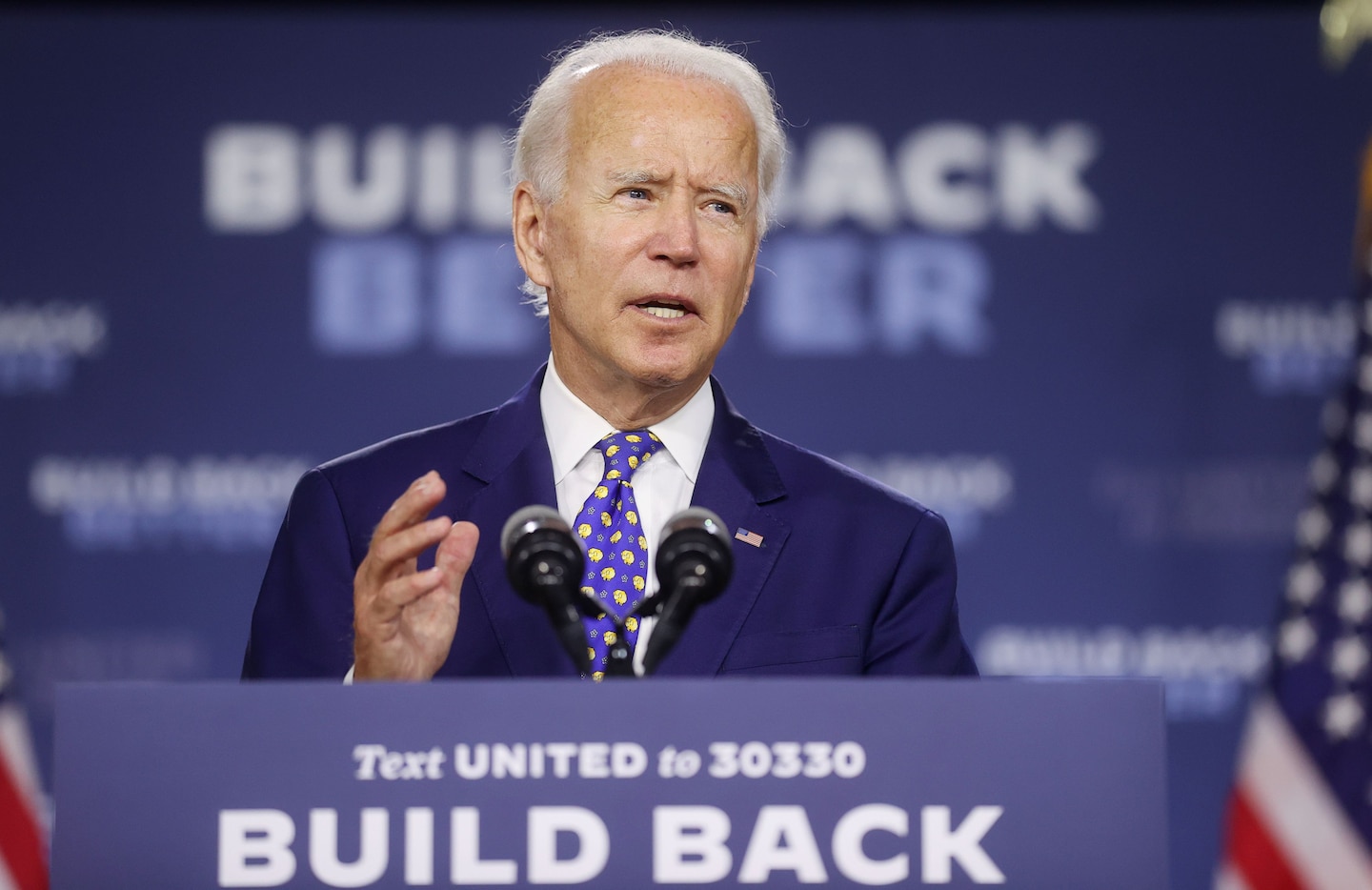 Biden said he was not sure whether he would be able to meet face-to-face with the women vying to be his running mate, considering coronavirus concerns.

“We’ll see,” he said, speaking to reporters in Wilmington, Del., after giving an address on his new economic plan for racial equality.

He added that if he does hold interviews, he and any interviewees will have to wear masks if they sit down in person.

Some close to Biden have been urging him not to rush the decision. Former Senate majority leader Harry M. Reid (D-Nev.), who has been in touch with Biden and the officials leading the search process, said there was “nothing wrong” with delaying the announcement.

“We have plenty of time before the election,” Reid said.

Biden’s team earlier in the day played down the former vice president’s initial Aug. 1 deadline. “He may have announced it, but I think it was always more of a goal,” said Rep. Cedric L. Richmond (D-La.), a Biden confidant and a co-chair of his campaign.

Biden months ago had pledged to name a woman to the ticket, and for weeks a team of advisers has been vetting several candidates.

People close to the process cited several factors they believe have extended the search. The logistics of Biden interviewing the candidates, including the decision of whether to do so in person or via videoconference, has been complicated by the spread of the coronavirus, prompting campaign officials to have to weigh the risks and benefits of arranging candidate meetings remotely or in person.

Another factor Democrats have pointed to is the size of the field and the fast-moving external political environment. Sen. Amy Klobuchar (D-Minn.) once looked like a front-runner, but the killing of George Floyd and other unarmed black people put a spotlight on her record as a prosecutor, which has drawn criticism from black activists. Klobuchar soon removed herself from the running.

There are other possible political calculations for naming the pick closer to the Democratic National Convention, which starts on Aug. 17, said Democrats close the process. Since the pandemic has limited the ability of Biden and his running mate to hold big rallies together, an early pick would have made for an unusually inactive period after the decision.

“It does add buzz going into those conventions,” said David Axelrod, who was a top adviser for both of Barack Obama’s presidential campaigns.

“I think he probably shouldn’t have imposed a deadline,” Axelrod said. “Right now this race is in a good place for Biden. He might as well ride this as long as he can.”

Axelrod said that in 2008 it took months to determine that Biden was the right pick. “It followed rigorous vetting and many conversations,” he said.

Axelrod said that the pick will be more important because of Biden’s age. If he wins in November, Biden will be 78 when he is inaugurated and become the oldest person to take the oath of office.

“The vice-presidential nominee could well become the president in the future,” he said.

Biden has run an unusually open process of vetting potential running mates, with a list of names so public that the Democratic Senatorial Campaign Committee is using the process as a list-building and fundraising tool.

Biden ran into Bass on Tuesday when he was at the U.S. Capitol to pay respects to the late congressman John Lewis, but the two did not have a formal interview, according to Richmond, who accompanied Biden for the day. The two spoke briefly and focused on Lewis’s legacy, he said.

Had Biden stuck to his initial Aug. 1 deadline, Democrats acknowledge, it would have provided the GOP a longer window to criticize his pick and scrutinize her record, potentially allowing the Republicans to dominate news cycles and putting the new Democratic team on the defensive. This reality has meant there was little incentive for moving swiftly to name a running mate.

“Trump’s campaign team is focused on making this a choice election, and their next big opportunity will be with the Biden vice-presidential selection by narrowing in on a weakness that splashes back on to Biden,” said Scott Reed, a Republican campaign veteran who is not working on the Trump campaign. “This is the voters’ first chance to view Biden’s decision-making process, and expect an uncalibrated onslaught.”

Biden’s campaign allies say that the former vice president is ready. “They don’t have anything to say about Biden, so they will try to do the same thing they did with Biden, which is make up stuff,” said Richmond, who added that the GOP will “absolutely” go after Biden’s running mate.

Beyond these factors, several Democrats who have been in touch with Biden have said they do not know which way he is leaning and that genuine indecision could delay an announcement more than any political calculation about the best time to unveil the pick.

“I think the decision just has to be made, and then all of that has to come after that,” Richmond said.