Trump retweeted a video with false covid-19 claims. One doctor in it has said demons cause illnesses. 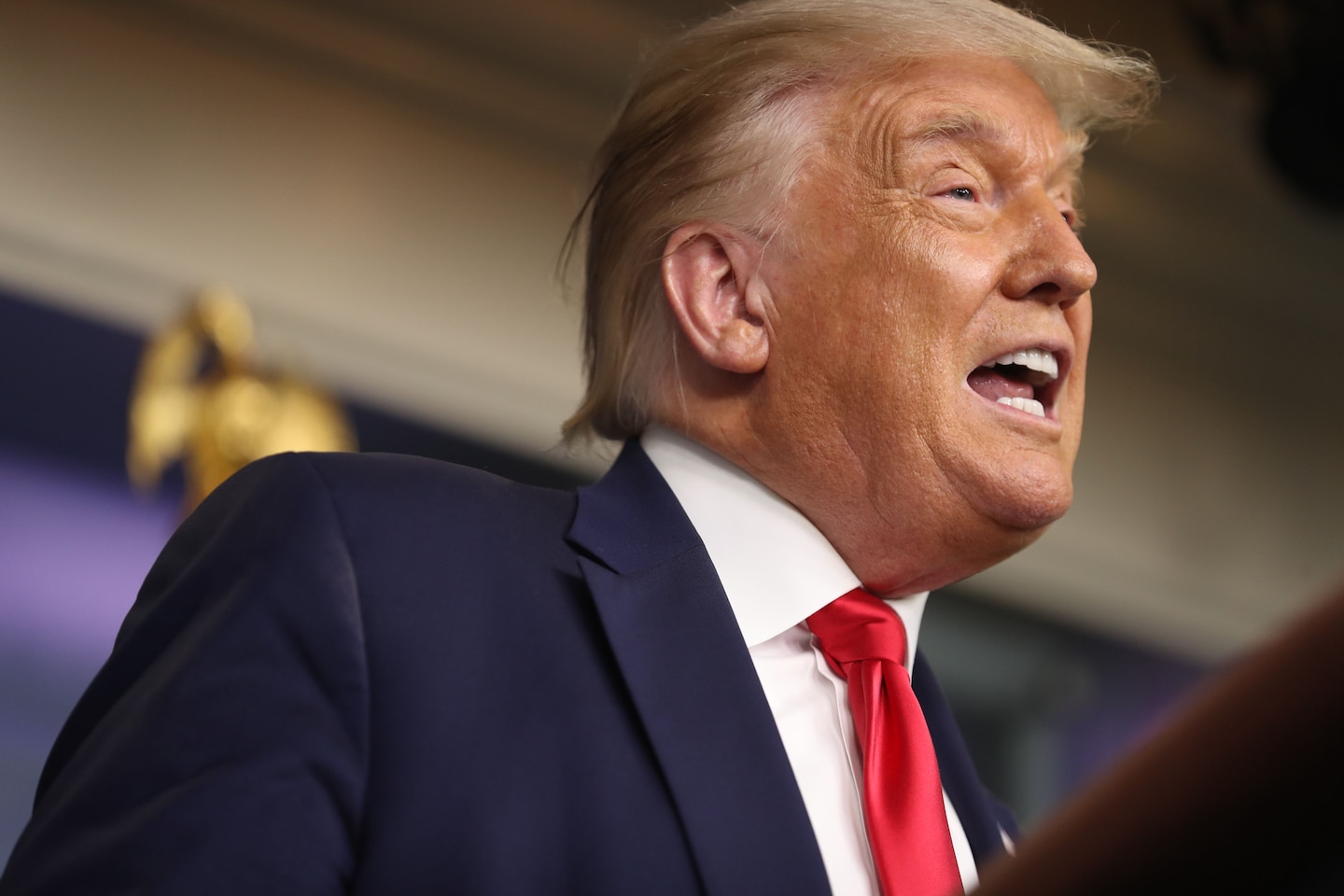 The video showed a group that has dubbed itself America’s Frontline Doctors, standing on the steps of the Supreme Court and claiming that neither masks nor shutdowns are necessary to fight the pandemic, despite a plethora of expertise to the contrary. It was live-streamed by the conservative media outlet Breitbart and viewed more than 14 million times — fueled by a tweet by Donald Trump Jr. and multiple retweets by President Trump, which have since been deleted.

In the viral video, Immanuel made the unsubstantiated claim that hydroxychloroquine is a “cure for covid,” the disease caused by the coronavirus. As a previous Post story put it: “There is no known cure for the novel coronavirus or the disease it causes, according to the Centers for Disease Control and Prevention and the World Health Organization. Multiple studies have disputed claims that antimalarial and antiviral drugs such as hydroxychloroquine, azithromycin and chloroquine can help treat or even prevent the coronavirus. Last month, the FDA revoked an emergency approval that allowed doctors to prescribe hydroxychloroquine to covid-19 patients even though the treatment was untested.”

As the Daily Beast’s Will Sommer first noted, Immanuel has asserted that many gynecological issues are the result of having sex with witches and demons (“succubi” and “incubi”) in dreams, a myth that dates back at least to the “Epic of Gilgamesh,” a Sumerian poem written more than 4,000 years ago. She falsely claims that issues such as endometriosis, infertility, miscarriages and STIs are “evil deposits from the spirit husband.”

Furthermore, Sommer reported that in “a 2015 sermon that laid out a supposed Illuminati plan hatched by ‘a witch’ to destroy the world using abortion, gay marriage, and children’s toys, among other things, Immanuel claimed that DNA from space aliens is currently being used in medicine.” She also offered prayers through her website to remove generational curses transmitted through placenta.

In a news conference Tuesday, Trump addressed the video, saying: “I think they’re very respected doctors. There was a woman who was spectacular.” He did not specify which woman. He added of hydroxychloroquine, “I happen to think it works in the early stages.”

When asked directly about Immanuel and why he might trust someone who believes that alien DNA is used in modern medicine, Trump responded: “I thought she was very impressive, in the sense that, from where she came — I don’t know what country she comes from — but she said that she’s had tremendous success with hundreds of different patients. I thought her voice was an important voice, but I know nothing about her.”

Immanuel, a registered physician in Texas, was born in Cameroon. Along with her medical clinic, she runs a church called Fire Power Ministries.

In her Twitter bio, Immanuel describes herself as a doctor, author and speaker as well as “God’s battle axe and weapon of war.”

The doctors who appear in the viral video include James Todaro, an ophthalmologist and bitcoin investor who was one of the earliest proponents of hydroxychloroquine, and Simone Gold, a Los Angeles-based doctor and lawyer who has long claimed that lockdowns will kill more people than the coronavirus. But Immanuel stands out for beliefs that are particularly out of step with scientific consensus.

In just the past 24 hours, Immanuel posted a video challenging “everyone in D.C.,” “the talking heads on CNN,” Anthony S. Fauci and “senators, all of them” to give her a urine sample, baselessly claiming that they all take hydroxychloroquine; claimed that “Big Tech is censoring Experts and suppressing the CURE” for the coronavirus; and threatened that God will crash Facebook servers for allegedly deleting her page.

“Hello Facebook put back my profile page and videos up or your computers with start crashing till you do,” she tweeted. “You are not bigger that God. I promise you. If my page is not back up face book will be down in Jesus name.”

Immanuel’s Facebook page is still active, and she posted to it multiple times Tuesday. She did not respond to a request for comment from The Post.

The pop star Madonna shared a video of Immanuel speaking outside the Supreme Court, along with the caption that a vaccine for covid has “been found and proven and has been available for months … They would rather let fear control the people and let the rich get richer and the poor get poorer.” Instagram blurred the video and added a caption describing it as “false information,” and Madonna later deleted the post.

After Sommer’s story broke, Twitter racked up more than 55,000 tweets that included the phrase “demon sperm” as of 4 p.m. Tuesday, prompting a litany of jokes about the strangeness of this particularly news-saturated year.

Others, though, found it demonstrably less amusing. Physician and scientist Eugene Gu tweeted, “Just because someone is a doctor it doesn’t mean that person is smart. … Think for yourself.”

Immanuel has said she received her medical degree in Nigeria, where the top health agency aimed to correct the record Tuesday.

“Remember, there is NO specific cure for #COVID19,” the Nigeria Center for Disease Control tweeted. “Some trial drugs show promising results but are yet to be validated for use.”

Chikwe Ihekweazu, the director general, urged people to avoid self-medication. In Nigeria, hydroxychloroquine is used only in clinical trials as researchers assess its safety.

“Neither passionate speeches nor tweets have any impact on our decision-making process,” Ihekweazu said in an interview.

In a separate speech in Washington, Immanuel said she first prescribed the drug in Africa’s most populous country. “I went to medical school in West Africa, Nigeria, where I took care of malaria patients, treated them with hydroxychloroquine and stuff like that,” she said, according to a transcript of the event. “So I’m used to these medications.”

But doctors in Nigeria urged caution Tuesday, hoping to make clear where the nation’s medical community stands on the controversial treatment.

“This kind of ‘fake news,’ these rumors all over social media — it’s a huge challenge for us as health workers,” said Ndukwe Emmanuel Ifeanyi, a national committee member of the Nigerian Association of Resident Doctors, which represents more than a third of the country’s physicians. “People don’t know what is real. People get hurt.”