A critic’s suggestions for music to fill the dog days 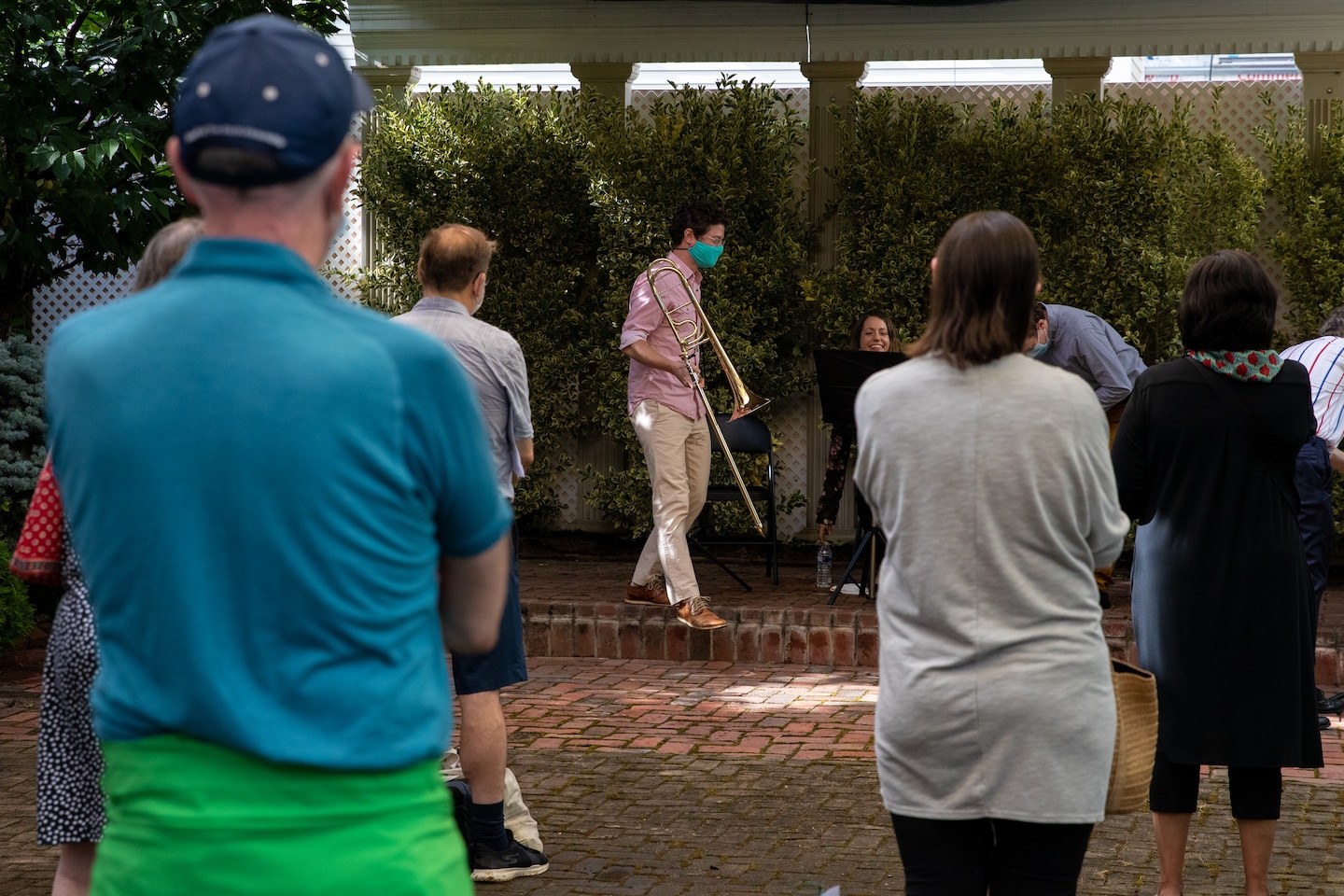 A couple of weeks ago, the Metropolitan Opera announced Met Stars Live, new pay-per-view live-streamed performances (wait! keep reading) from “opera’s biggest stars in striking locations across Europe and the United States.” If you’ve been stuck within a one-mile radius of your living room for five months, just about anywhere counts as a striking location, and you’re probably getting a little streamed out. But the inaugural stream earlier this month by Jonas Kaufmann attained transportive heights from its location at the Polling Monastery outside of Munich; and its library’s acoustics were a welcome escape from the echo chamber of the average Zoom. On Aug. 1 at 1 p.m., it’s the celebrated soprano Renée Fleming’s turn, and she’ll sing a program of Handel (“Endless pleasure, endless love,” from “Semele”), Canteloube, Strauss, Massenet and Puccini from D.C.’s Dumbarton Oaks Museum, accompanied by pianist Robert Ainsley. Forthcoming highlights from the 12-concert series include Joyce DiDonato (September 12); Anna Netrebko (October 10); Pretty Yende and Javier Camarena (November 7); and Bryn Terfel (December 12). And while you’re there, it’s a pretty solid weekend for the Met’s Live in HD series of free, full-performance broadcasts, with its 2017 production of Dvorak’s “Rusalka” available July 31, a “classic telecast” on Aug. 1 of its 1983 staging of Verdi’s “Ernani”starring Leona Mitchell and Luciano Pavarotti, and on Aug. 2, Wagner’s “Die Walküre” from 2019, with Christine Goerke as Brünnhilde. Find tickets and more information at metopera.org.

Sounds of Hope and Harmony

NYC-based new music incubator/record label/performance center National Sawdust is weathering the turmoil of the new normal with a robust slate of exclusive online programming. Its ongoing Digital Discovery Festival is a weekly program of live performances and interviews featuring some of the most adventurous players and composers in the field. Composer Tania León leads a master class on July 31 and tenor Lawrence Brownlee leads another on Aug. 7, both with vocalist Helga Davis and Sawdust co-founder Paola Prestini. On Aug. 6, the Tesla Quartet will perform a 45-minute concert of string quartet commissions penned by 12 freelance composers (including the Baltimore-based Bonnie Lander), and on Aug. 18, the exciting young composer and pianist Conrad Tao plays a program featuring John Adam’s “China’s Gate” and a set of original improvisations. Find full festival schedule and more information at live.nationalsawdust.org/digital-discovery-festival.

The late, great Christopher Rouse was a Pulitzer and Grammy-winning composer, a lifelong Baltimorean, a proud Zeppelin fan, and a direct product of Beethoven. His first childhood encounter with Ludwig’s fifth marked the beginning of his composing life; and his own fifth, composed in 2015, makes for a stirring homage (especially in the timpani department) as well as a miniature survey of his vast range.

Adès and Gerstein make one of the most electrifying pairings of composer and performer at work today, and their joined forces charge this suite of recordings from Tanglewood and Boston’s Symphony Hall. Especially so on the two-piano world premiere of “Concert Paraphrase on ‘Powder Her Face,’ ” where the composer and Gerstein take the dynamic duo thing to a very literal and beautiful place.

This early (1973) collection of appropriately icy unheard themes composed for a documentary chronicling the first descent by skiers down Alaska’s most formidable peak captures Ciani on her way up, and offers a grand view of the musical futures she’d go on to explore — from cavernous drones to frigid tones.

Why are African American residents of this small town determined to block a Wegmans warehouse?

Fry tomatoes with chiles and garlic for a fragrant summer dish