Amazon may have used proprietary data to compete with its merchants, Bezos tells Congress 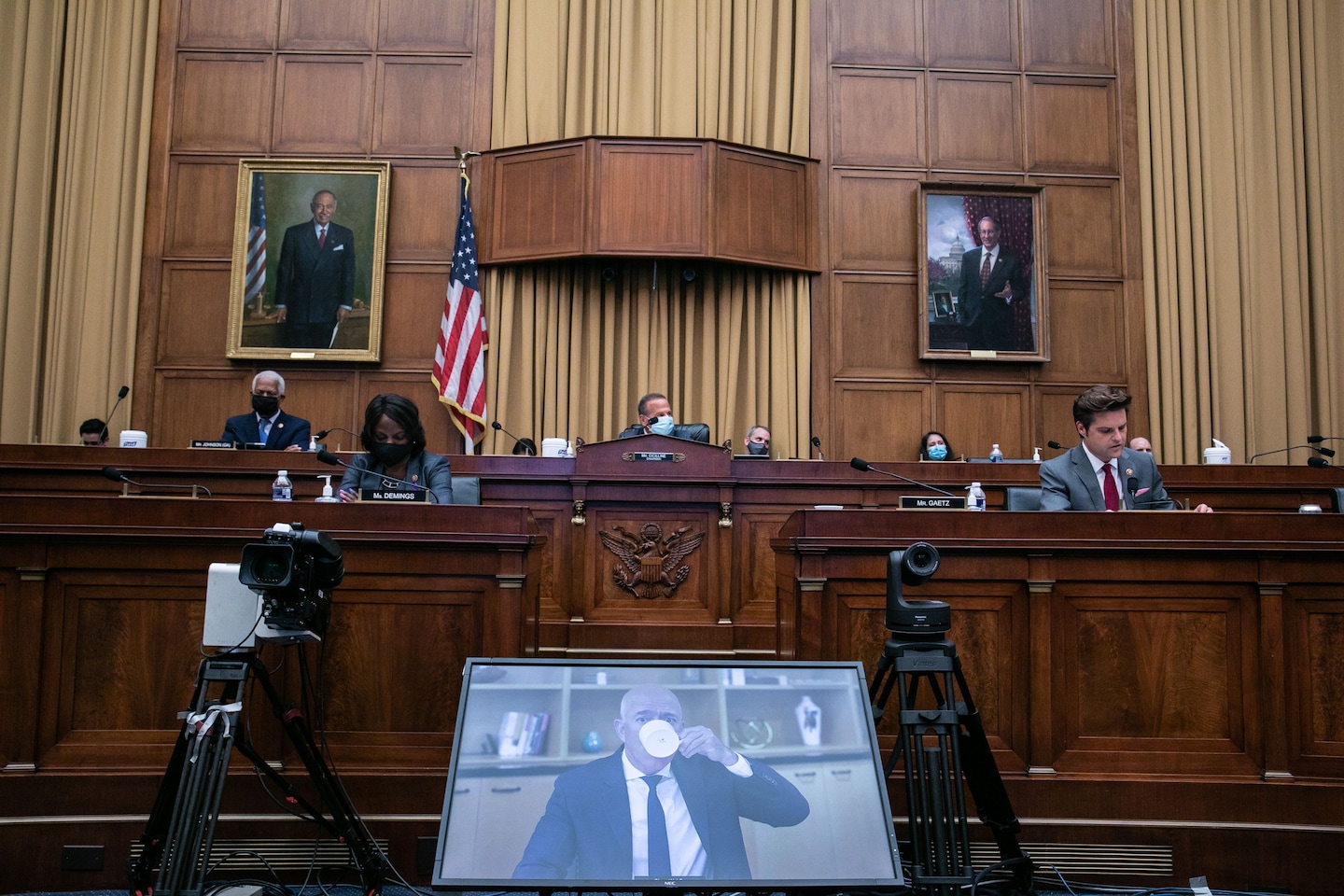 “What I can tell you is we have a policy against using seller-specific data to aid our private-label business,” Bezos replied. “But I can’t guarantee you that policy has never been violated.”

A year earlier, an Amazon lawyer, Nate Sutton, testified before the same committee that the company did not use any specific seller data when creating its own private-label products. Doing so would illustrate the power that Amazon wields, and that rivals can’t match, that allows it to peer into detailed data about products that sell well to debut its own homegrown goods.

Jayapal cited Sutton’s testimony, and Bezos’s subsequent acknowledgment that he couldn’t make the same statement, to illustrate the committee’s suspicions regarding the e-commerce giant.

“The issue that we’re concerned with here is, is very simple. You have access to data that far exceeds the sellers on your platforms with whom you compete,” Jayapal said.

The acknowledgment came during Bezos’s first time testifying before Congress. Like all of the other executives, he testified remotely because of concerns regarding the coronavirus.

Amazon shoppers often don’t realize they might be buying items from third-party merchants when they purchase on the e-commerce site. The company counts more than 2.5 million third-party sellers on its online bazaar, and Bezos testified that about 60 percent of all physical-good sales on Amazon come from those independent merchants. Those sellers augment the goods that Amazon itself carries, and makes it harder for retail rivals such as Walmart and Target to compete on product breadth.

A Washington Post investigation showed the ways Amazon flogs its private-label products even when consumers are trying to buy familiar brands that compete with it. And The Wall Street Journal reported on Amazon’s use of individual seller data directly to compete with those companies, even though the company had previously denied doing so.

Amazon’s power over the third-party merchants on its site was a recurring theme throughout the hearing. The committee chairman, Rep. David N. Cicilline (D-R.I.) asked Bezos about an apparel company that makes goods for construction workers and firefighters that accused Amazon of stealing its idea. The company found itself competing against Amazon, which suddenly made an identical product and sold it at a price the apparel company believed couldn’t be profitable. Its sales went “to zero overnight,” Cicilline said.

The company described the relationship it had with the marketplace as “Amazon heroin, because you just kept going, and you had to get your next fix, your next check,” Cicilline told Bezos.

“I have great respect for you and this committee, but I completely disagree with that characterization,” Bezos replied.

Rep. Jamie Raskin (D-Md.) pressed Bezos on the company’s use of its giant marketplace to favor its own products. The lawmaker asked Bezos about Amazon’s voice-activated Echo speakers prompting users to buy the company’s private-label batteries when they might be shopping for other brands. Amazon has previously introduced features that try to convince shoppers to add its own private-label brands to their digital shopping carts just before selecting competing items.

While Bezos said he did not know whether the Alexa voice service that runs on its Echo speakers was “trained” to promote Amazon’s private-label products, he did concede that the company plugs its goods in the marketplace in a way that third-party sellers can’t.

“I’m sure there are cases where we do promote our own products,” Bezos testified, calling it a “common practice in business.”

One area where Bezos deflected responsibility was the sale of counterfeit goods on the site. When Rep. Hank Johnson (D-Ga.) noted the widespread availability of counterfeit items in Amazon’s marketplace sold by third-party merchants, Bezos suggested that Congress should enact tougher laws targeting fraudsters.

“I would encourage this body to pass stricter penalties for counterfeiters and to increase law enforcement resources to go after counterfeiters,” Bezos testified.