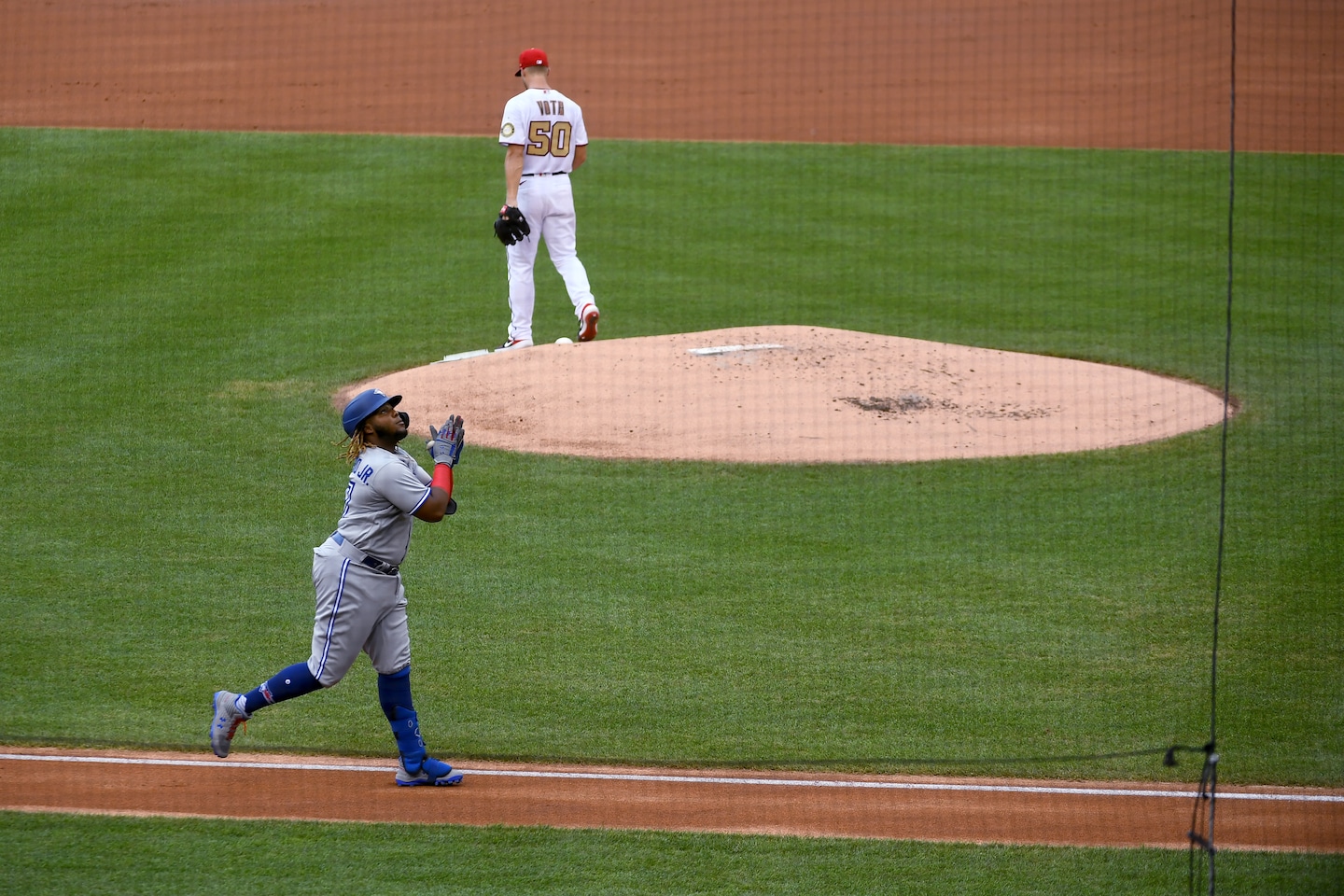 The Nationals batting in the top of the first inning in their home ballpark, where they have lost four out of five games to start the season, won’t be the only strange thing about Wednesday’s game.

Jerome Hruska wasn’t available for an interview Wednesday, so there’s no word on whether the Nationals’ longtime public address announcer will introduce, say, Blue Jays slugger Vladimir Guerrero Jr. with the same vigor and hometown flourish he normally reserves for Nationals players, but fans watching the game on TV or listening on the radio might do a double take when artificial cheers follow a routine groundout by a Washington batter or a strikeout by Toronto starter Nate Pearson. Who knew the Blue Jays’ cardboard cutout fan base traveled so well?

With no fans in the stands, the sounds of the game, which are played over the ballpark’s loudspeakers, are Hruska’s domain this season. As MASN’s Alex Chappell reported during Tuesday’s broadcast, Hruska controls the crowd noise from an iPad, using a library of 72 different sound effects provided to every team by Sony Interactive Entertainment, the makers of the MLB The Show video game.

“He punches the sound that he thinks Nats fans would make during different game situations,” Chappell said.

And, for two games, Blue Jays fans, too.

Hruska’s iPad features buttons corresponding to positive (“POS”) and disappointed (“DIS”) reactions of varying intensity, as well as buildup sounds and a few different audio files that run on a loop and provide the constant murmurs and background noise that can be heard throughout the game. The “DIS MEDIUM React 1 More Shock” button may have come in handy when Nationals outfielders Emilio Bonifacio and Victor Robles collided at the wall and failed to come up with Guerrero’s second-inning home run on Tuesday.

In addition to the sound effects provided by Sony, Hruska has a selection of audio files at his disposal that are unique to Nationals Park and feature actual fans. Last week, the team invited a group of season plan holders to join a Zoom call, during which they recorded several familiar cheers, including the “N-A-T-S, Nats! Nats! Nats! Woo!” that can be heard every time Washington scores a run, “Doooooo” for Sean Doolittle, a Howie Kendrick chant and the classic “Let’s go Nats!” Fans also recorded individual messages to the team.

“They’re making an attempt to get people engaged, which is good,” said Terri Bottash, a half-season plan holder and member of the Half Street Irregulars fan group. “Lord knows what’s going to happen the rest of the season, but it was a fun thing to do, and it’s nice that they’re looking to get fans involved in any way they can.”

“I think it would make it that much more sterile if there wasn’t any noise,” she said. “I like that sort of background buzz, whatever button they’re pushing for that. I think it’s a nice solution. It sounds really good on the radio. It sounds like a regular game to me.”

No matter how poorly the Blue Jays perform over the next two days, don’t expect to hear any boos from the “home” crowd at Nationals Park, or at any ballpark this season.

“We have been directed by Major League Baseball to try our best, while creating a natural environment, to not bring that into the mix,” Mark DiNardo, the Philadelphia Phillies’ director of broadcasting and video services, told Philly Voice last week. “They specifically asked us that we not add boos to the mix, but it is kind of funny since everyone says that boos are ‘so Philly.’ I wouldn’t expect to hear boos coming out of the gates. We’re trying across the league to maintain a competitive consistency that no one use these crowd sound effects for a competitive advantage.”