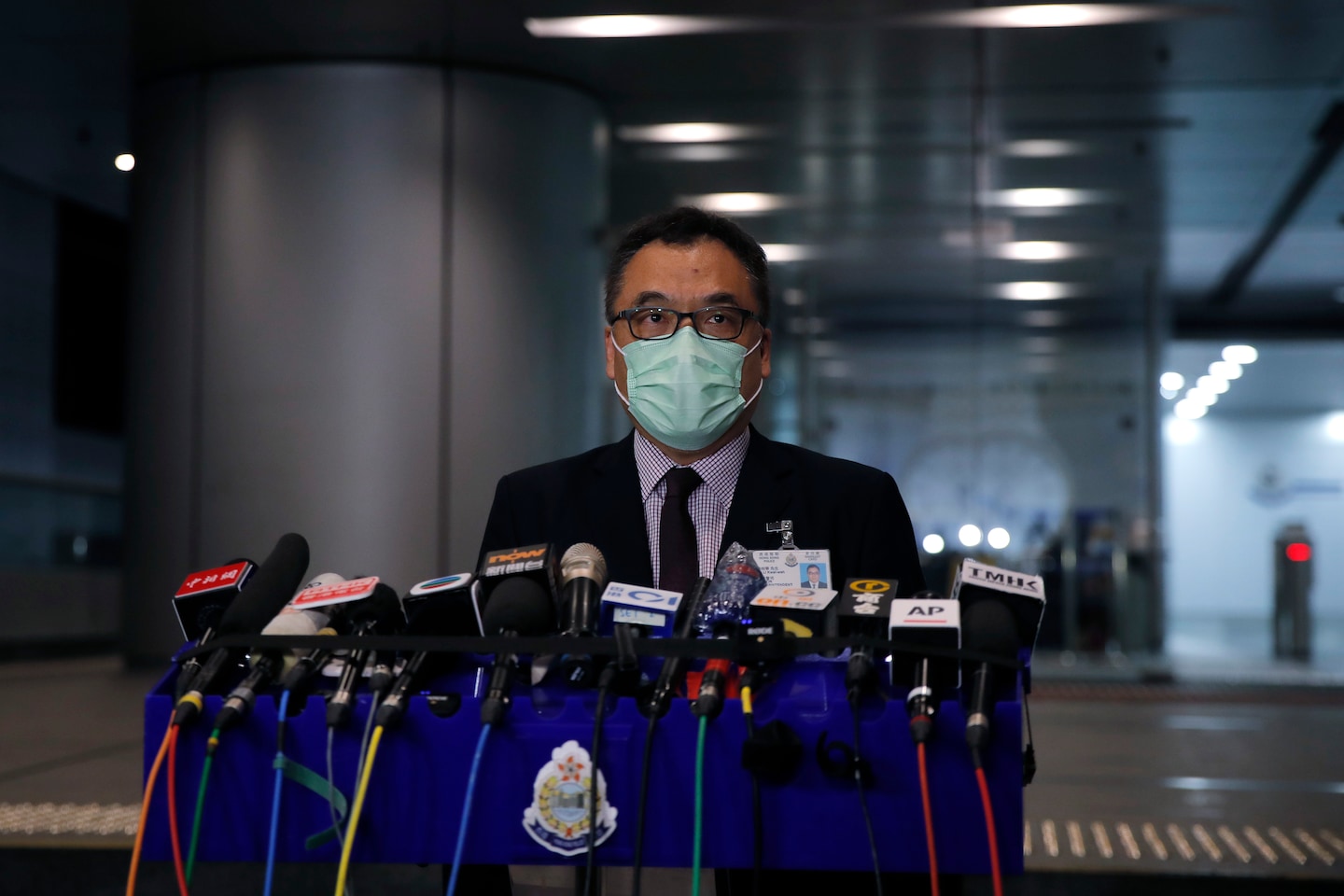 Li Kwai-Wah, a senior superintendent at the newly established national security department, said the four people arrested had said that “they want to establish a Hong Kong republic and that they will unreservedly fight for it.”

“They also said they want to unite all pro-independence groups in Hong Kong for this purpose,” he added. They were arrested at locations across the city, unlike previous arrests under the national security law, which happened at a street protest on July 1.

Police did not identify them, but Studentlocalism, a now-disbanded pro-independence group, said four of its former members were arrested. They include Tony Chung, a former convener of the group.

Studentlocalism was disbanded on June 30, a day before the new law came into force.

Under the new measures, those convicted of crimes amounting to what Beijing described as “separatism,” “subversion,” “terrorism” and “collusion with foreign forces” could face life sentences. The law also allows for police to enter homes without a warrant, conduct surveillance on those suspected to have violated the law and seize their devices.

Li, the senior superintendent, said DNA samples of those arrested may be taken.

Opponents see the new law as a dangerous infringement on Hong Kong’s relative autonomy from China. The city has operated under semiautonomous rule since 1997, when Britain handed the former colony back to China under the agreement that Beijing would preserve the “one country, two systems” framework until 2047.

Ho-fung Hung, a professor of political economy at Johns Hopkins University, said that Hong Kong residents have feared a crackdown on free speech since the law was implemented. The arrests Wednesday are likely to amplify those concerns.

“It seems [officials] are testing the waters and the world’s reaction to it by picking some lesser-known people,” he said, noting that some of Hong Kong’s most prominent activists were not among those detained on Wednesday. But it’s “very troubling,” he added, that the arrests, which appear to be based on comments made on social media, are targeting “people by their opinion or speech more than action.”

It’s possible, he said, that these cases will be managed more carefully and with less harsh punishment than other cases as authorities gauge reaction to the arrests. “If the backlash is not so big, they may go further,” he said.

Activists in Hong Kong have long raised alarm over Chinese encroachment on the global financial center. Last year, protests engulfed the city over concerns that the Hong Kong government was preparing to agree to allow China to extradite suspects for trial on the mainland, igniting a broader movement calling for the enactment of other democratic demands and greater independence from China.

When the new law came into force, activists began deleting social media accounts, and some political parties disbanded, citing concerns they could be targeted and jailed. Tens of thousands of people still poured into the streets that night to protest the new measures.