Portland’s protests will not end well for anyone 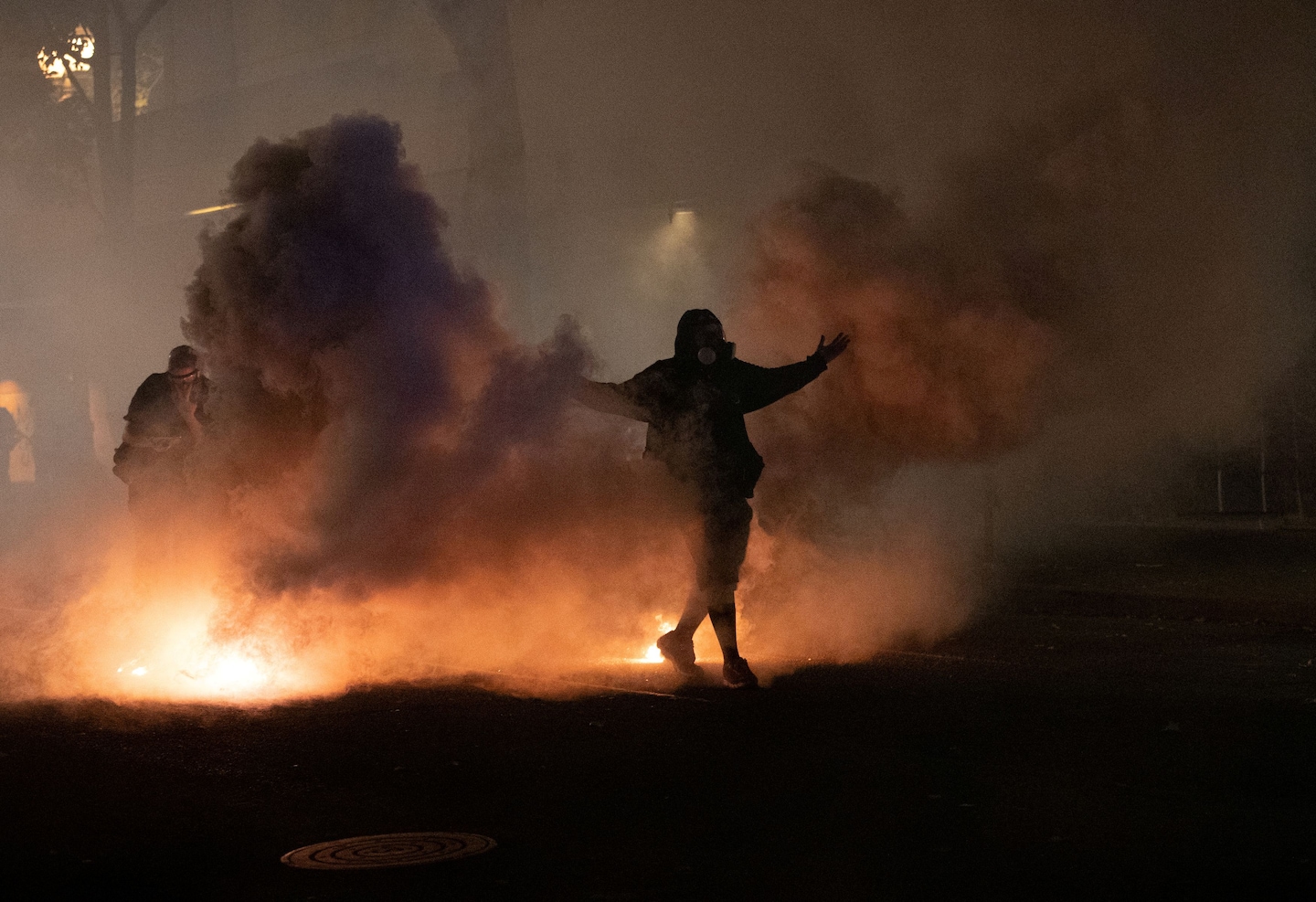 But that’s not the experience in other places. One reporter, Mike Balsamo of the Associated Press, spent this past weekend inside Portland’s federal courthouse to watch what was happening. In his words: “Mortars were being fired off repeatedly, fireworks & flares shot into the lobby, frozen bottles, concrete, cans & bouncy balls regularly whizzed over the fence at high speeds.” High-powered lasers were aimed into the courthouse all evening clearly with the intent to damage the eyes of federal officers inside (three officers have already likely been permanently blinded). Balsamo noted that everyone says the same thing: Protesters in the daytime are peaceful, those in the middle of the night are not.

A rational response to this dichotomy is easy. Allow and encourage peaceful protest during daylight hours and institute a curfew after sunset. Yet this simple act seems beyond Portland’s mayor. The result: more destruction, more violence and more national headlines showing that the city’s leaders will tolerate, and perhaps indirectly encourage, attacks against the federal courthouse.

This cannot end well for anyone. Indeed, people have already died in other violent protests elsewhere in the country. The longer this goes on, the greater the risk of someone on either side getting out of control. That will only heighten passions and increase the risk of mass violence escalating.

On Wednesday, Gov. Kate Brown (D) said an agreement with the Trump administration to de-escalate tensions is in place, which would allow for the withdrawal of Department of Homeland Security agents — but only if the nightly rioting ceases.

“Law and order” has come to have a fraught meaning in our culture. For some, the phrase means police doing their job to keep the peace. For others, it harks back to a slogan used by politicians in calling for police to suppress peaceful protests during the civil rights movement. But, at its heart, the phrase expresses what almost everyone wants regardless of race: equal treatment under fair laws, and respectful treatment for all.

Cities cannot long survive mob violence. People will not choose to live in cities in which leaders will not enforce laws against people committing violent acts in the name of causes that those leaders support. No matter how woke or unprejudiced, people will not live in places where their lives, liberty and property are at risk. Every day that mayors in places such as Portland or Seattle permit this to happen, they send a message to people across America: Think twice about coming to live here. That can’t be a message they want to send, yet it is the one that is being received.

Many have said that this violence gives President Trump an opportunity to gain public favor. Those who oppose the president worry that if the violence gets too severe, people who oppose him will be thankful if he steps in to suppress the disorder. They may be right, although Trump has often looked gift horses in the mouth and flubbed his test. But the real political challenge isn’t for Trump; it’s for former vice president Joe Biden.

Should Biden become president, any violence that arises would be on his watch. Tolerating it sends a message that the president of the United States will tolerate a certain level of “acceptable” or “justified” disorder. That would only encourage more such behavior, as the radical or simply ornery seek to test the new limits. Suppressing it brings other challenges, as any blood spilled would be against people espousing causes with which he has sympathized. It is presumably this political tension — that the violent are simply one part of the anti-racist spectrum within the Democratic Party — that factors into the mayors’ willingness to tolerate it in their midst. Once he is in office, though, Biden would have to choose, and that is not something he will relish.

“Ballots, not bullets,” has long been a watchword of American democracy. Mayors across the country should remember that and recover control over their streets, quickly.